The Prince and Princess of Wales’s three children Prince George, Princess Charlotte and Prince Louis have the sweetest nickname for Prince Charles and his wife, Queen Consort Camilla.

The young royals call their granddad ‘Grampa Wales’ after his former Prince of Wales title, while the Queen Consort has previously revealed that they call her “GaGa.”

In 2016, she told the Daily Mail about her sweet nickname: “I don’t know if it’s because they think I am [gaga]!” she said. “It is funny but is still very sweet.”

During the Queen’s Platinum Jubilee pageant in June, we also saw just how much of a caring grandfather Charles is as he kept Prince Louis entertained on his lap during one of his first big public appearances.

MORE: Duchess Camilla has sweet photo of the Queen alongside Prince George 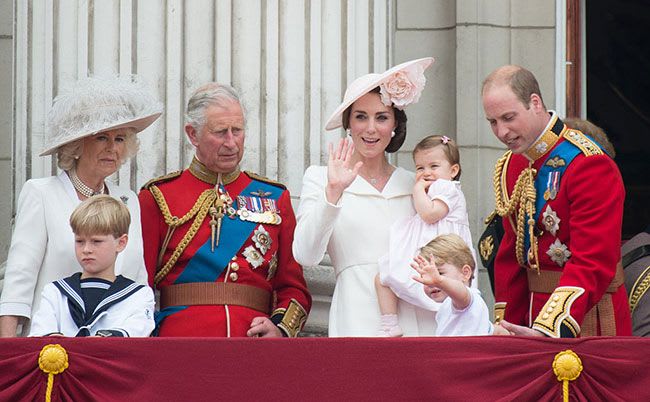 The new King’s wife, Camilla has grandchildren of her own, and she’s also a step-grandmother to King Charles’ grandkids.

Speaking about the important role during a Cornwall visit, the royal said: “Well, what’s so lovely about being a grandmother, they teach you things and hopefully they learn a few things from us.”

The kids also have a very sweet name for their father William, as they call him ‘Pops’ instead of dad, according by a report by People magazine. How cute!