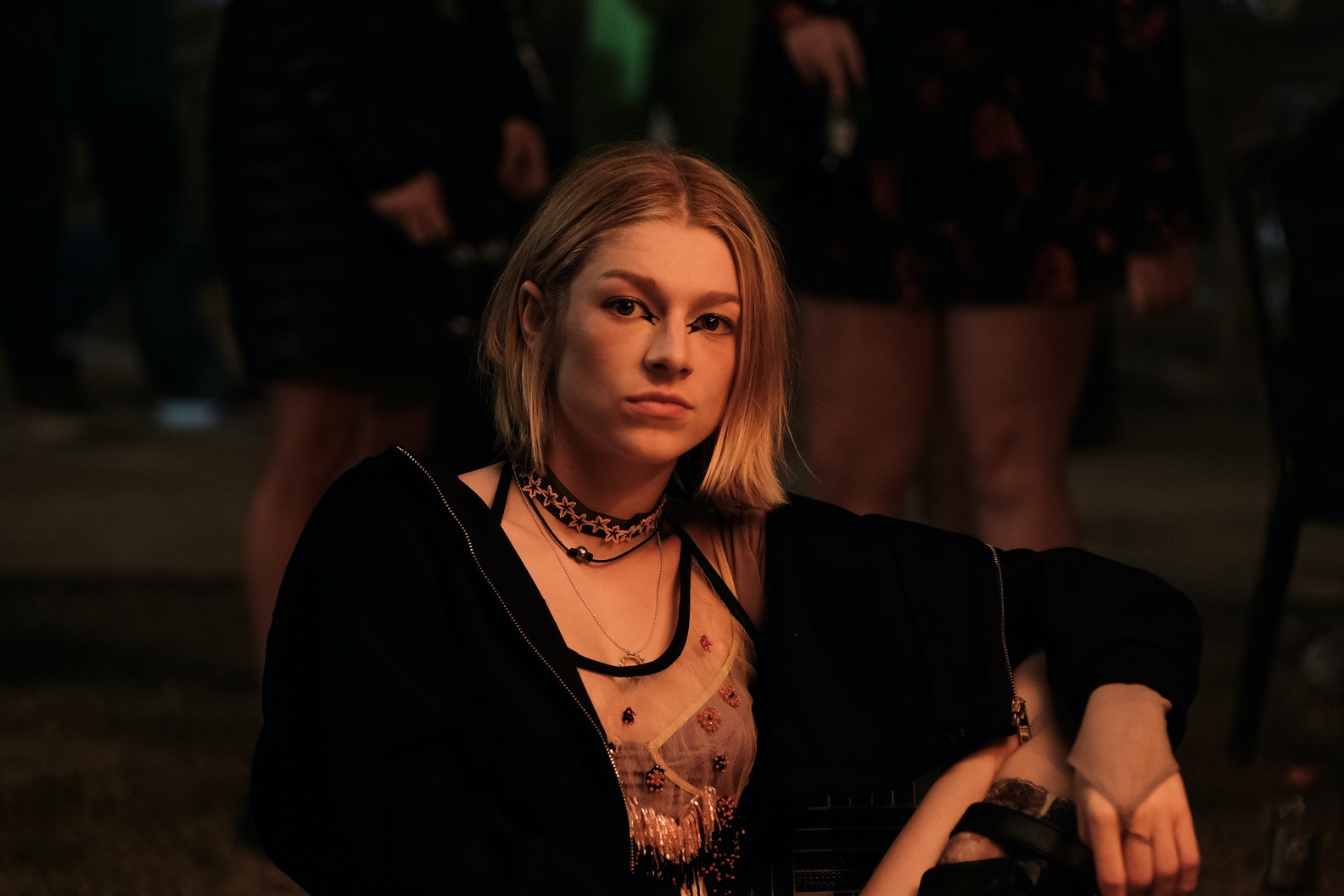 If you’re watching Euphoria season two for another round of envelope-pushing makeup looks, you’ll have to look a little closer this time. The mind behind the HBO show’s headline-worthy makeup, Doniella Davy, told Us Weekly that this season, she’s describing the looks as “discoverable” as opposed to in-your-face.

“It’s not a repeat of season one,” she said, but instead “more refined and more subtle.” In fact, on Instagram, she referred to the season two makeup looks as “season one’s more introverted sister.” Of course, that doesn’t mean the show will be without its iconic glitter and eye liner. “There’s a steady ‘quiet’ to her, until she’s suddenly loud,” Davy said of the makeup. “She has her full glam moments but then switches to super minimalism.”

For the most part, Davy and her team ditched foundation this season for dewy, natural skin (with the exception of Alexa Demie’s Maddy who always goes all out with makeup). And while the bright colors and glitter that made Euphoria a mecca of beauty inspiration will be present, expect a bit more nuance in the looks shown week to week. But if you missed anything, don’t worry, we’re gathering up all of the best makeup moments from Euphoria season two.

Of course we expected strong looks from Maddy this season, both in the realm of fashion and beauty, and so far, she hasn’t disappointed. Maddy shows up to the New Year’s Eve party in a custom dress from AKNA with matching gloves. She plays up the early aughts vibe with a haircomb headband, a dark, lined lip, and eyeliner so sharp, it may just poke Nate’s eyes out.

Jules’ NYE look is one of those “blink and you’ll miss it” creations by Davy. For a majority of the first episode, it looks like Jules may not even be wearing makeup, but when she spots Rue at the party across the fire pit, her face is suddenly lit up in detail. That’s when we see the amazing design of Jules’ liner and the subtle application of glitter on her lids.

Kat didn’t get a ton of screen time in the season premiere, but luckily, Barbie Ferreira shared a closer look of her makeup on Instagram. There, we can see the rich colors Davy chose for Kat’s shadow.

Episode one was rough for Cassie, so it’s fitting that her makeup is a bit rough around the edges as well. While her friends look like they went to a professional for their New Year’s makeup, Cassie looks like she put on her glitter liner and pink lip between her fourth and fifth shot. Still, the messy glitter has a cool apathetic vibe to it, which fits perfectly with Cassie’s story.