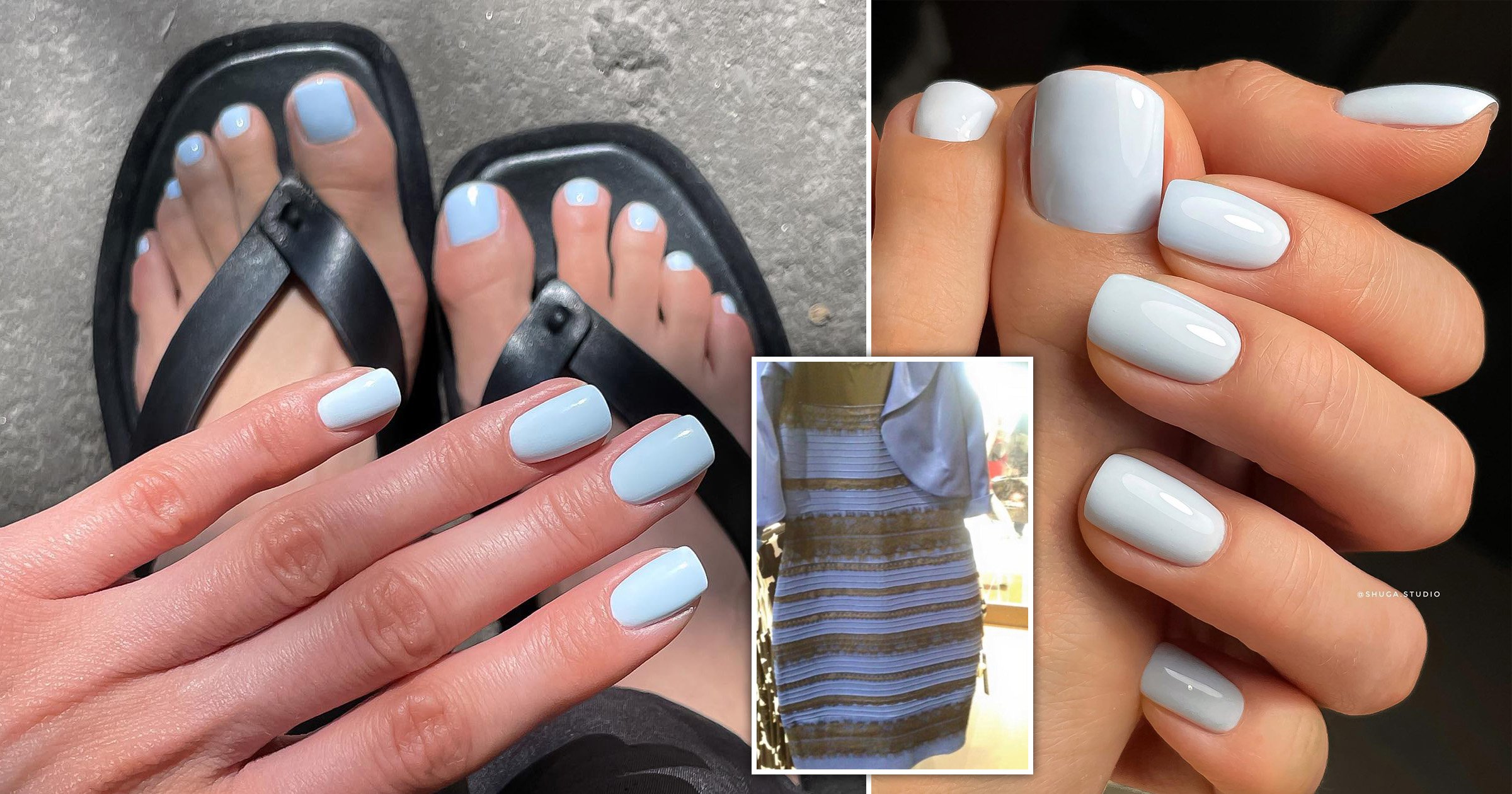 The internet is divided yet again – this time over a simple photo of a manicure.

Social media users have been left baffled after someone posted an image to a popular Facebook group of the nail shade she wanted, asking what colour everyone thought it was.

This left thousands in a heated discussion, struggling to decide whether the nail shade was white or blue.

The debate was likened to the infamous white and gold or black and blue dress that caused a meltdown on the internet in 2015.

Amid the confusion, some internet users decided to be the next Sherlock Holmes and track down the source of the image – which turned out to be from a Russian nail salon.

Finally, the colour was confirmed by the majority as a ‘very light blue.’

In the hit post, the woman wrote that she was confused because all she saw was ‘a basic white polish’ but looked at the comments and ‘people are saying its a blue or grey shade?’

The question resulted in endless responses, with most agreeing the nail polish was white.

‘To me it looks to be a white polish which was made from a blue or grey base colour,’ one user says.

Another advised people to ‘turn the brightness all the way up’ to reveal the white colour.

A third was in dismay after realising it’s the same as the infamous dress back in 2015.

On the other hand, some people went rogue and thought there was a pink, or even red, tinge.

‘Are we all looking at the same picture? Those nails are definitely painted pink,’ one user says.

However others argued to it was a light blue hue – and they turned out to be right when someone found a photo of the same manicure from a different angle.

Eventually, the name of the confusing nail polish was revealed – a light blue by Luxio in the shade Breathless.

‘I went onto their page because I needed to know the real answer,’ wrote one determined user.