The Queen led a busy life, carrying out dozens of public engagements with her children and grandchildren. However, when out in public, members of the royal family tend to keep their public displays of affection to a limit.

MORE: 24 photos that show just how close Kate Middleton is to her royal in-laws

The reasoning is that when royals are carrying out engagements, they are strictly in work mode, representing Her Majesty and the British monarchy, so it would be deemed unprofessional and impractical to always hold hands or embrace. However, being a close family, this isn’t always the case and sometimes they greet each other with kisses; King Charles has been known to plant a kiss on his mother’s hand on more than one occasion.

Ahead of the Queen’s state funeral on Monday, let’s take a look at some of the royal’s sweetest PDA moments…

The Queen and the Princess of Wales

In May 2019, Kate welcomed her grandmother-in-law to the Chelsea Flower Show, where she gave her a guided tour of the garden she had helped co-design, the Back to Nature display. Kate greeted the Queen, who is patron of the Royal Horticultural Society, with a kiss on both cheeks as well as a curtsy. Prince William also stooped down to give his grandmother a peck on each cheek.

The Queen and the Princess of Wales 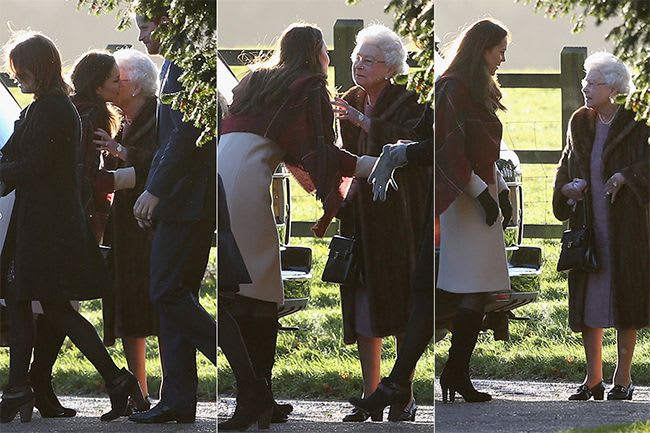 Fans are hardly ever treated to photos of Kate informally greeting the Queen, but on Christmas Day in 2013, the Duchess was snapped bending down to kiss her grandmother-in-law.

The Queen and King Charles 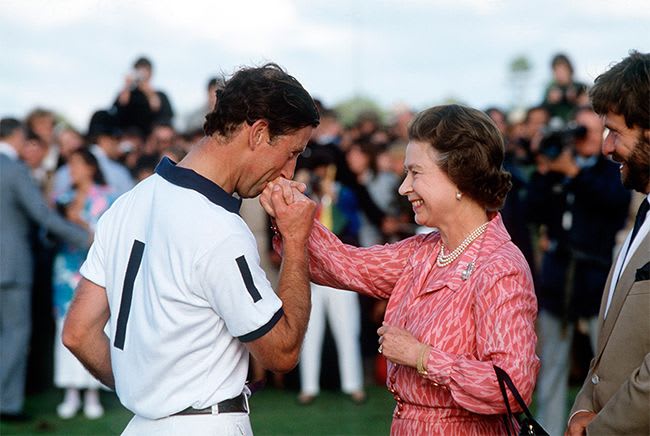 We love this throwback photo of King Charles kissing his mother’s hand at the polo in 1985. The Queen had just presented her son with a prize.

The Queen and King Charles 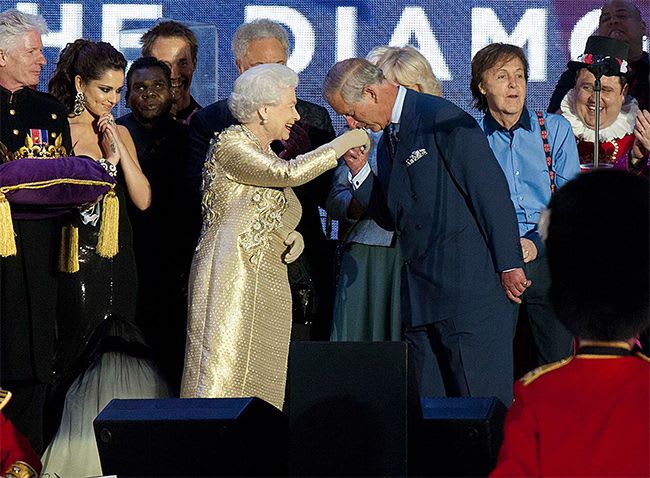 King Charles publicly greeted his mum in June 2012 after the spectacular Jubilee concert at Buckingham Palace, where Tom Jones, Paul McCartney and other singers took to the stage.

The Queen and the Queen Consort 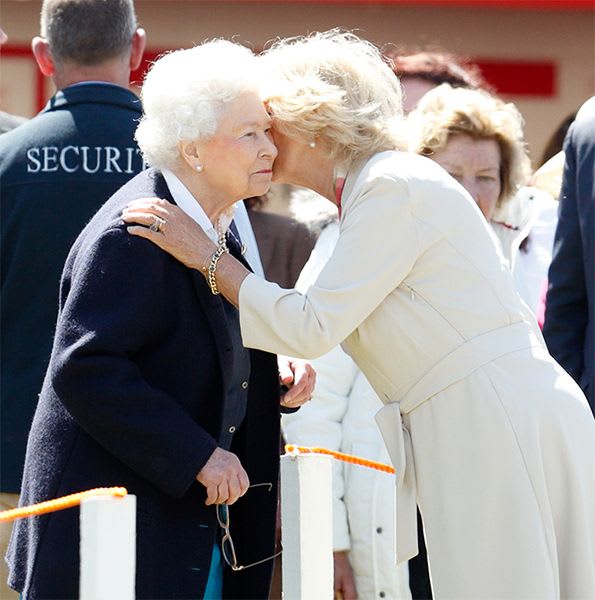 Daughter-in-law Camilla greets the monarch at the Royal Windsor Horse Show in May 2015.

The Queen and Zara Tindall 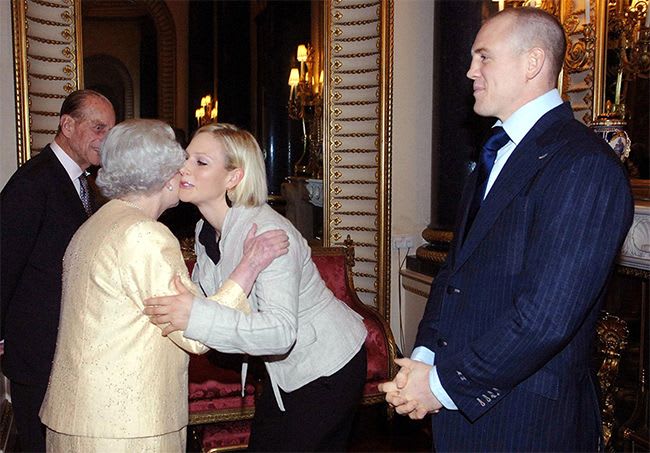 Zara Tindall is known to have a very close bond with her grandmother. The pair share the same passion for horses, with equestrian Zara winning a silver medal at the London 2012 Olympics.

The Queen and Lady Margarita Armstrong-Jones 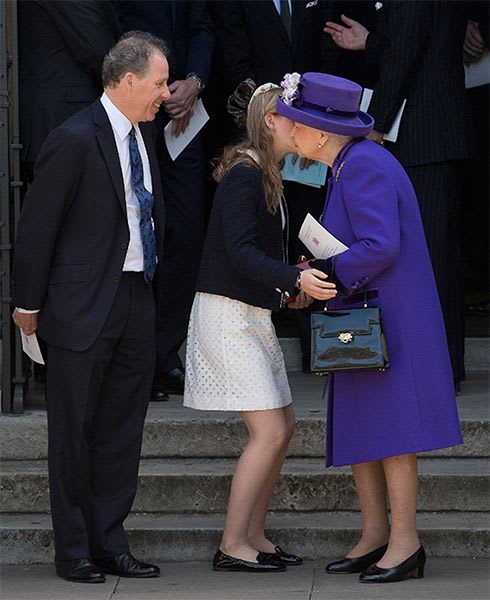 The Queen and Prince William 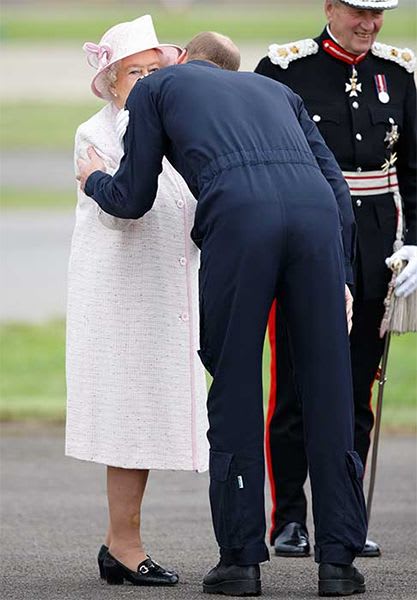 The Prince of Wales was spotted kissing his grandmother, the Queen goodbye after she opened the new East Anglian Air Ambulance base at Cambridge Airport in July 2016.

The Queen and the Countess of Wessex

The Queen is close to her daughter-in-law, the Countess of Wessex, and Sophie embraced her mother-in-law with a kiss on the cheek when they met at the Royal Windsor Horse Show in Windsor in 2015.

In October 2019, Sophie revealed her affectionate nickname for the Queen – calling her “Mama” during her speech at a Buckingham Palace reception.

MORE: 7 pictures which prove the Countess of Wessex has the closest bond with mother-in-law the Queen

The Queen and Prince Edward 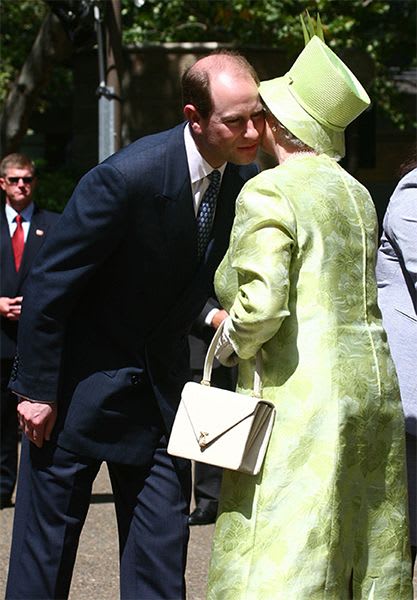 During a visit to Australia in March 2006, the Queen officially opened the Commonwealth Games in Melbourne. She was joined by her husband Prince Philip and her youngest son Prince Edward, who greeted her with a kiss outside St Andrew’s Cathedral in Sydney.

The Queen and Prince Harry

Prince Harry said a cheery hello to his grandmother after Peter Phillips and Autumn Kelly’s wedding at St George’s Chapel in Windsor in May 2008. Almost ten years later to the day, Harry married his wife Meghan in the same venue.

The Queen and Prince Philip

The Queen and her husband Prince Philip rarely engaged in public displays of affection. So it was endearing to see the couple, who were married for over 73 years, kiss each other on the cheek in 1999 on the eve of the Millennium. The Duke sadly passed away at the age of 99 in April 2021, a year before Her Majesty.

The Queen and Princess Anne

This throwback photo was taken in 1970, showing the Queen meeting up with her only daughter Princess Anne.

The Queen and Prince William 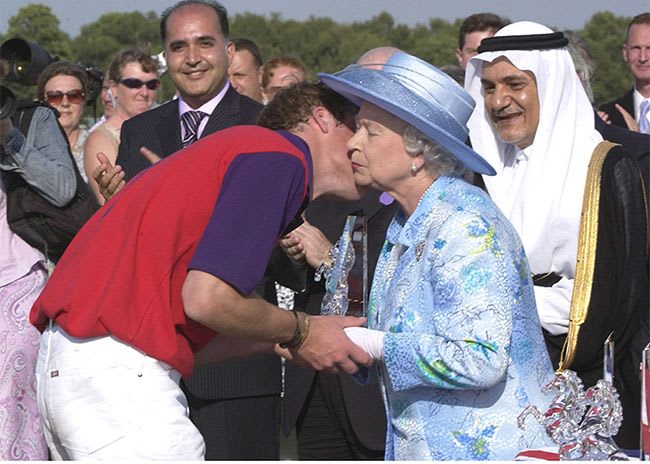 Her Majesty received a kiss from her grandson Prince William in July 2004, after William competed in a polo match. Prince Charles also took part and was similarly pictured greeting his mother.