Kim Kardashian is one of the most famous women in the world. Since Keeping Up With the Kardashians first premiered back in 2007, Kardashian has slowly become more and more well-known; she went from being a model to starting her own beauty line, with plenty of other business endeavors in between. Plus, she is married to rapper Kanye West, and the two have built an empire. But that doesn’t mean everyone always loves what she wears — and some fans are even convinced she’s lost her fashion sense altogether. 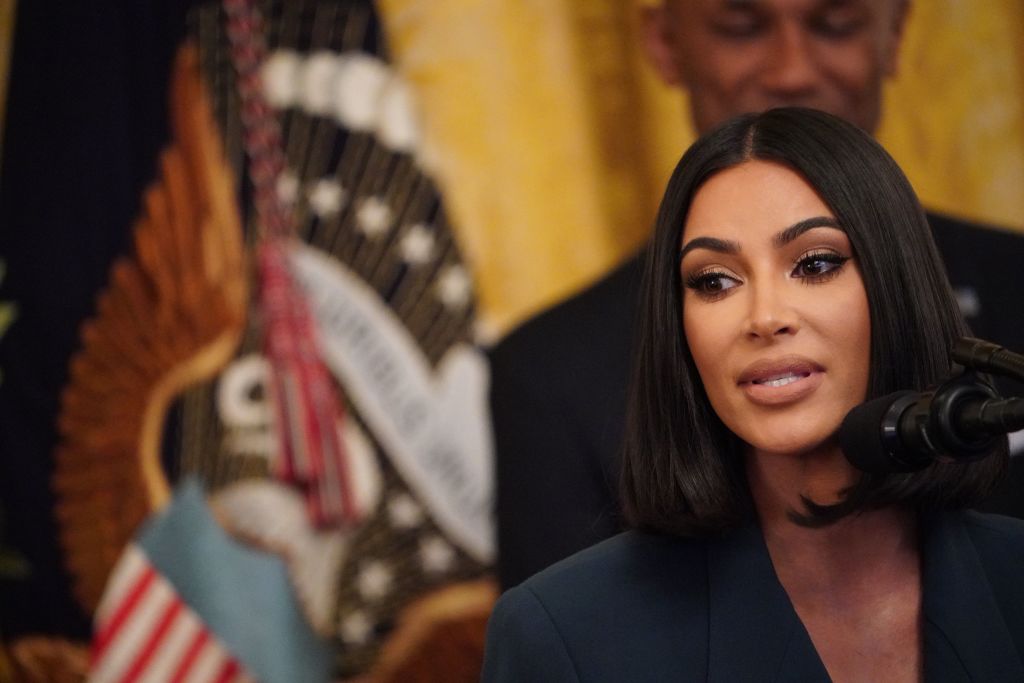 Kardashian has posed in some questionable outfits in the past

We’re all about Kardashian living her best life. But nobody can deny that some of the outfits she’s posted to social media have been a bit questionable. In August, Kardashian posted on Instagram to promote her perfume collaboration with younger sister Kylie Jenner. But fans were extremely confused by the odd bodysuits the women were wearing. One leg was entirely covered with material while the other leg was entirely exposed. “These outfits are the ugliest,” one user wrote. Others were equally as appalled by the supposed fashion icon’s clothing choice.

Her recent post with her daughter, North, has fans even more confused about what she wears

On September 2, Kardashian posted a photo at a fitting with her oldest child, North. Though the picture was supposed to showcase North’s hilarious attitude toward her mother’s fitting, fans couldn’t help but notice Kardashian’s outfit. In the photo, North is seen hiding in a rack of clothes, looking like she’s entirely over the whole trip. Kardashian captioned the photo “I guess she wasn’t feeling this fitting!” Kardashian is wearing a lime green skirt with a yellow-green tank top, plus a small, mustard-yellow bag and two different heels. Needless to say, her outfit choice drew a lot of negativity from fans.

I guess she wasn’t feeling this fitting!

“We’re not feeling it too,” one user wrote. “This is a mess,” someone else commented. “Not sure I am either,” another comment read. Some of the top comments joked about North’s attitude, but a lot focused on Kardashian’s questionable outfit.

North West’s fashion sense has received criticism from fans, too

On social media, critics stop at nothing. Kardashian once posted a photo collage of North’s outfits, which the little girl had picked out herself, and fans were quick to criticize what she was wearing. The post was meant to highlight Kardashian’s excitement that her daughter was passionate about fashion and wanted to express herself, but people couldn’t help but take shots at the outfits. In Kardashian’s recent post with the yellow-green clothing, someone even joked that North must have picked out the outfit. “Looks like North dressed you… Lol,” the comment read; it received more than 1,300 likes.

My Northie girl is the ultimate fashionista! She comes with me to fabric stores and picks out what she likes and for our Japan trip I let her style herself. I should have let her style me too lol. She loves it. She’s having fun and I am so happy she’s so expressive. 💅🏼👽👘👑🌊🍬

As Kardashian gets more famous, the criticism will only comeeven faster. She has occasionally deleted posts or comments in response to whatfans have to say, but it hasn’t seemed to affect the way she dresses or the wayshe lives her life (which we’re happy to see).

Elton John's Coronavirus Emergency Relief Fund Will Benefit Those Living With HIV, Adding to Over 30 Years as an HIV and AIDS Advocate

Dawn Jackson: 5 Facts About Sex Abuse Victim Jailed For Murder Kim Kardashian Is Trying To Free
We and our partners use cookies on this site to improve our service, perform analytics, personalize advertising, measure advertising performance, and remember website preferences.Ok