In case you’ve been harboring a secret hope that Adam Levine would return to The Voice and resume doing what he does best (read: trolling Blake Shelton), prepare to be woefully disappointed. The former judge was asked by a fan if he had any plans to return to the reality competition, and made it clear that the answer is a solid NOPE. More specifically, he said “no thank you?” with a question mark. 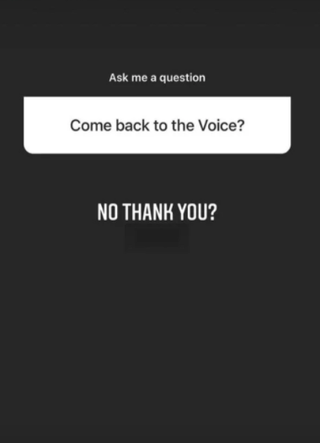 Adam left the how in 2019 after a full 16 seasons, and a source told Entertainment Tonight at the time that he was “burned out,” had “outgrown the show,” and was generally “over it.”

Meanwhile Blake Shelton responded to Adam’s news with “Having a hard time wrapping my head around @adamlevine not being at @NBCTheVoice anymore. After 16 seasons that changed both of ours lives. I only found out about this yesterday and it hasn’t set in on me yet. Gonna miss working with that idiot.”