Alec Baldwin is seen practising drawing his revolver on the set of Rust and recalling the moment he shot Halyna Hutchins to officials in the aftermath of the fatal accident, in new footage released by the Santa Fe County Sheriff’s office.

The department has released all files relating to its ongoing investigation into the fatal shooting of cinematographer Halyna Hutchins on the set of the western.

Hutchins was killed on the set of the movie in October last year after a prop gun Baldwin was holding was discharged.

Director Joel Souza was also wounded in the shooting on the Bonanza Creek Ranch set near Santa Fe.

The footage with the actor brandishing the gun in full costume was reportedly taken the same day as the incident.

Video was also shared of the actor talking to officials in an interview afterwards, sharing that, as a rehearsal, he expected ‘a cold gun with no rounds inside, or dummy rounds – cosmetic rounds – no flash’. 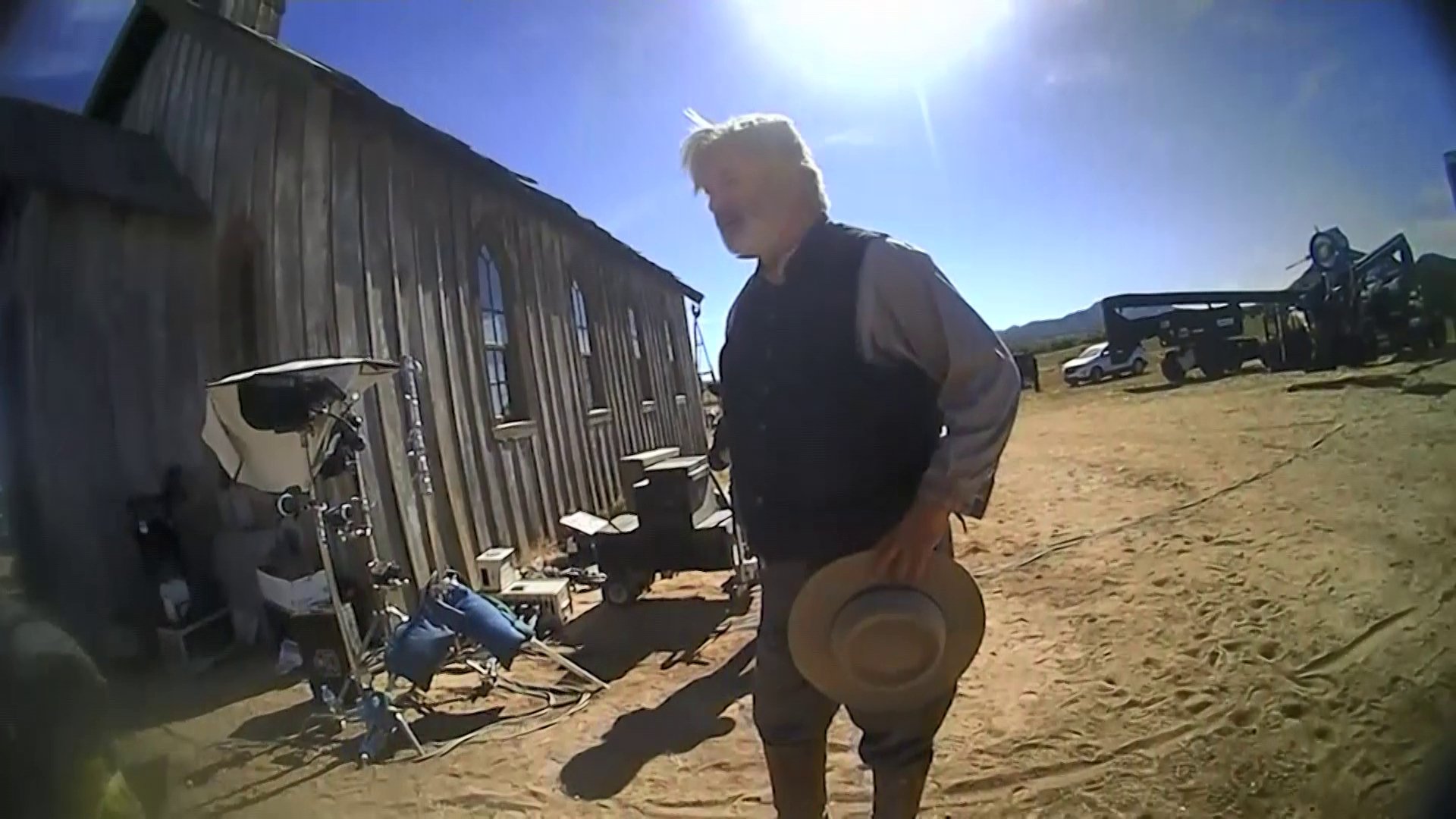 He recalls: ‘I take the gun out slowly, I turn, I cock the pistol – bang – it goes off, she hits the ground, she goes down. He goes down, screaming.’

Baldwin also then refers to Jon-Erik Hexum and Brandon Lee, two actors killed on set in fatal shooting accidents, saying he wondered if it was an injury from a lodged piece of material, before adding: ‘My point is, I’ve been doing this… I’ve shot enough guns in my day on movies and I’ve never seen this before.’

Other footage shows officers arriving on the set of the film to conduct interviews with production crew members, and Baldwin is glimpsed outside the church building as he tells the officer ‘I’m the person that had the gun in the scene’, before being asked to move to one side and reassured that they will ‘talk to everybody in a sec’.

Souza also speaks to officers in the hospital about the incident and asking about Hutchins’ wellbeing.

Souza says he heard ‘a very loud bang’ and describes the feeling of ‘being kicked in the shoulder’.

‘I was down on my ass and I look over and see the cinematographer Halyna Hutchins with blood coming out of her back,’ he says.

The director also describes how armourer Hannah Gutierrez Reed had handed the weapon to Baldwin, saying it was ‘cold’ or ‘clean’, meaning that it supposedly contained no live rounds.

‘There was a bang that was louder than I ever heard come from a blank before,’ Souza tells officers.

Video was also shared of paramedics tending to both Souza and Hutchins on set as they tried to save the life of the cinematographer.

It comes after a report into the incident found the film’s production company ‘knew that firearm safety procedures were not being followed on set’ and ‘demonstrated plain indifference to employee safety’.

Rust Movie Productions was fined $136,793 (£104,810), the maximum allowable by state law in New Mexico, following a six-month investigation by the state’s environment department.

‘Today the sheriff’s office is releasing all files associated with our ongoing investigation,’ Mendoza said on Monday.

‘The files are all related to the Rust movie set investigation and include lapel/dash camera footage from deputies and detectives, incident reports, crime scene photos, examination reports, witness interviews, set video and staff photos collected throughout the course of this investigation.’

He added: ‘Various components of the investigation remain outstanding, including FBI firearm and ballistic forensics along with DNA and latent fingerprint analysis, Office of the New Mexico Medical Examiner findings report and the analysis of Mr Alec Baldwin’s phone data extracted by Suffolk County Sheriff’s investigators.’

Baldwin’s lawyers say the previously released report ‘exonerates’ the actor as it showed he had ‘no authority over the matters that were the subject of the bureau’s findings of violations’.

‘We are confident that the individuals identified in the report will be held accountable for this tragedy,’ they added.

It comes as the Hollywood actor continues to fight a number of lawsuits stemming from the incident.