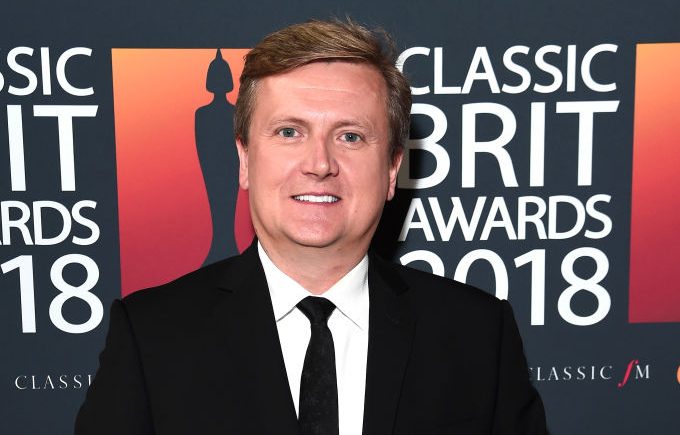 Aled Jones has explained that his Twitter was ‘hacked’ after an X-rated photo was allegedly posted to his Fleets account.

Fleets allow Twitter users to share tweets, pictures or videos that will disappear from the site after 24 hours. It was rolled out on the social networking site in 2020.

On Sunday users noticed a now-removed rude picture had been sent from the singer’s account, which the Songs of Praise host explained was down to him being hacked.

The TV star, who said he was at home with his mother-in-law when the furore happened, has since stepped up on his online security by changing his password and told followers he has ‘never heard’ of Fleets.

‘So sorry I dont [sic] know what fleets is – Never heard of it!’ he wrote.

‘All back to normal – passwords changed – that was an interesting 20 mins – especially when I’m watching John Wick with the mother in law!!!’

Aled was a choir singer from a very young age, starting from just nine year’s old and becoming a lead soloist within two years.

The Welsh presenter first rose to fame in 1985 when he released a cover version of the song Walking in the Air, which reached number 5 in the UK singles chart.

By the time he was 16, Aled had released 16 albums, selling over six million copies.

Alongside his singing career, he has also established himself as a presenter for both TV and Radio.

He has been a presenter for Classic FM, as well as hosting shows on BBC Radio 2 and Radio 3. He has been a regular face on religious programme Songs of Praise since 2004.