Model Amelia Hamlin wore a sexy plunging top to grab dinner with her beau, Scott Disick, and his son, Mason, in Malibu.

Amelia Hamlin, 20, looked drop-dead gorgeous as she met her boyfriend Scott Disick, 38, and his 11-year-old son, Mason, for dinner at Nobu Malibu on Sunday, June 27. Amelia rocked an open-backed, plunging top with subtle stripes. She also wore white jeans and accessorized with a gold watch, bracelets, simple shades, and a pink clutch. Meanwhile, Scott wore a white button down shirt with “love letter” emblazoned on it, and camo-shorts. He also had a watch and some bracelets of his own for good measure.

Mason kept his outfit much simpler than his dad and Amelia. He wore a casual navy blue t-shirt, baggy sweatpants, and a pair of gray slippers. The three were seen pulling up to the California restaurant in Scott’s Mercedes G-Wagon, according to DailyMail. 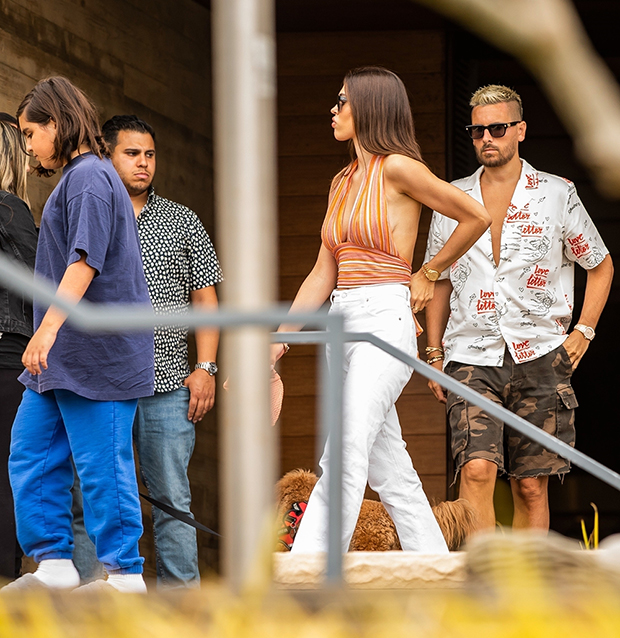 The expensive dinner with Scott’s son shows that the romance between the model and Keeping Up With The Kardashians star must be going really well. Scott and Amelia celebrated the model’s 20th birthday earlier this month on June 13. The pair kicked off celebrations on June 12 in Miami, Florida with a luxurious dinner at Papi Steak, where Scott presented her with a five-tiered golden cake. Afterwards, the pair went over to LIV to continue partying the night away.

Besides the partying, Amelia’s birthday celebrations also had heartwarming and romantic moments. Scott gifted her a diamond cross necklace while at dinner. The present moved Amelia to tears, and the couple shared a tender kiss. Sparing no expense, Scott also reportedly gave her a photo print by Helmut Newton worth $57,000. 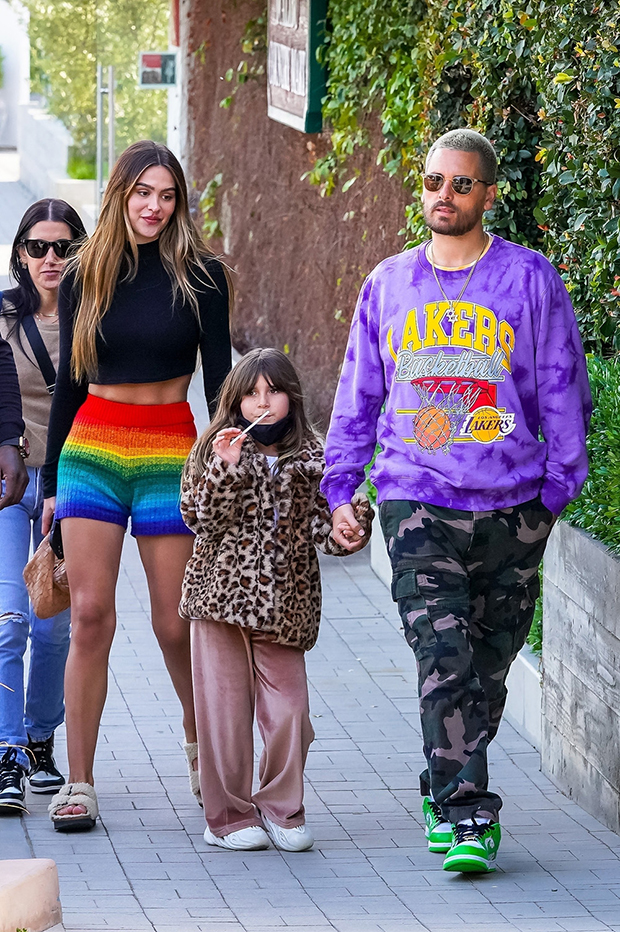 Scott and Amelia have made quite the pair for some time now. The pair first went “Instagram Official” during Valentine’s Day weekend 2021. Their romance seems to be going great! On Scott’s birthday, May 26, Amelia wrote a sweet message to her man in an Instagram caption, where she said, “You light up my life.” She also splurged and got him an awesome gift: a Harley Davidson motorcycle. Scott posted a video of himself giving the bike a test ride and wrote a thanks to his lady.