Ariana Grande, Shawn Mendes, Megan Thee Stallion, Kendall Jenner and more than 150 other celebrities signed a full-page ad in the New York Times on Friday, May 13, condemning the Supreme Court’s plan to overturn Roe v. Wade. The Planned Parenthood-funded ad alerts readers, “The Supreme Court is planning to overturn Roe Vs. Wade, taking away the constitutional right to abortion,” referencing a leaked draft majority opinion from the conservative-leaning high court that shows it intends to reverse the 1973 law protecting Americans’ rights to choose whether to carry a pregnancy to term. The decision would leave abortion rights to states, at least 26 of which “could move to ban abortion” by summer 2022, according to Planned Parenthood. “Our power to plan our own futures and control our own bodies depends on our ability to access sexual and reproductive health care, including abortion,” the ad continues. “We are artists. Creators. Storytellers. We are the new generation stepping into our power. Now we are being robbed of our power,” the signees state. “We will not go back – and we will not back down.” The ad is part of Planned Parenthood’s Bans Off Our Bodies campaign, which culminates on Saturday with rallies for abortion rights around the country.

Britney Spears shared an update on her Cabo San Lucas, Mexico, getaway with fiance, Sam Asghari, in the wee hours of Friday, May 13, regaling Instagram followers with an account of how she injured her knee on the trip while managing hormones she says have gone haywire because she’s expecting. “Casted away yet set again to own it … I say it with no humiliation at all whatsoever !!!” the singer captioned a handful of photos. “I literally sit in it … the embarrassment I bathe in it 🛁 🛁 🛁 … cry in it and laugh in it … it’s nice folks and believe it or not the garden I fell down in and scrapped [sic] my knee was more than just THAT … it was a big deal !!!” she continued. Britney, 40, went on to detail how her knee got so bloody from the fall that droplets “sprinkled over to my dog’s paws,” leaving her security concerned the pup was injured. The caption got a bit chaotic from there, with Brit joking, “I think my dog and I became one at that moment like some sort of weird vampire 🧛‍♀️ s***”, before she recalled her “London days,” when she had “the whitest face known to mankind,” a la her dog, Sawyer’s “bleach-white” mug. “Now I’m in Spanish paradise 🏝… trying to stay composed, but kinda weird I will be honest !!!” she continued, adding that “being pregnant my hormones are kinda stupid.” An allusion to “Will Ferrell in ‘Old School'” followed, along with some gripes about pizza that “looked great but … tasted like salami.” (She helpfully included a photo of said pizza in the post.) “I will say it tasted like s***,” she noted. Britney signed off with, “goodnight … it’s pickle time.” Brit, who shares teenage sons Sean and Jayden with her ex, Kevin Federline, announced last month she and Sam are expecting their first child together. Earlier in the week, she raised a few eyebrows with photos from “the last time I was in Mexico BEFORE there was a baby 👶🏼 inside me” in which she’s wearing nothing but her own hands over her chest — and a strategically placed heart emoji.

Kylie Jenner lip syncs to a clip of Kylie Jenner: ‘When your postpartum hormones start to level out’

Two months after revealing she was struggling “mentally, physically [and] spiritually” since welcoming her second child with Travis Scott, Kylie Jenner hopped on TikTok to say she’s starting to feel better. Kylie being Kylie, she did that by lip syncing over a 2017 video of … herself. Citing the source as her short-lived “Life of Kylie” show, the clip shows Kylie mouthing over her own words as her erstwhile self tells her then-BFF and co-star Jordyn Woods, “Dude, I’m getting my personality back, though. Like, I’m feeling like myself again…. I really was not myself.” She captioned the post, “when your postpartum hormones start to level out 😅😅😃.” Kylie and Travis welcomed their son in February 2022. They also share 4-year-old daughter, Stormi, who the reality star had recently given birth to when she filmed the clip she was riffing on this week. “This experience for me personally has been a little harder than with my daughter,” Kylie said on her Instagram Stories in March, telling followers she’d come to the conclusion “it’s okay not to be okay.” Kylie added, “I just keep reminding myself I made a whole human, a beautiful healthy boy, and we have to stop putting pressure on ourselves to be back. Not even physically, just mentally after birth.”

Machine Gun Kelly and his fiancee Megan Fox had nothing but glowing praise for one another at this week’s premiere of their new film, “Good Mourning.” Written and directed by MGK with Mod Sun, the movie stars MGK as an actor forced to choose between his soulmate’s love and the role of a lifetime. As the rapper recently told Variety, Megan, who also appears in the flick, inspired its storyline with a text she sent him before they started dating. “I just think she’s comedically genius,” MGK told Entertainment Tonight at the premiere on Thursday, May 12. “I think she’s so underrated as a comedic actor and just as an actor who can adapt to different faces and phases, so [directing her] was an honor.” Megan, meanwhile, called her hubby-to-be “amazing” in his role as writer-director. “He wrote the whole movie in, like, three days, which is incredible,” she told People. “He gets these bursts of creativity where he sort of downloads something from the universe and puts on an amazing product really quickly.” “Good Mourning” hits theaters and is on demand May 20. Megan and MGK announced their engagement in January.

Dad-to-be Post Malone has plenty of reason to smile these days — including a new potential pen pal-ship with one of his idols. In addition to expecting his first child, preparing to make his “Saturday Night Live” debut this weekend and getting ready to release his fourth album, the rapper, singer and songwriter says he’s been “chatting” with Bob Dylan, whose music he covered on YouTube years before he signed with Republic Records and started blowing up the Billboard charts. Post, whose real name is Austin Richard Post, shared the Dylan news with Jimmy Fallon on “The Tonight Show” on Thursday, May 12, after Jimmy mentioned the 2013 YouTube video of the singer covering “Don’t Think Twice It’s Alright.” “My original plan was, right — I think I was 16, something, but I was like, ‘I’m gonna do a bunch of covers, and we’re gonna see if anybody likes them,'” he said, according to People. “You know, we did some Bob Dylan, and I think that’s just about it, but I recorded a bunch that I never uploaded.” Asked if he’s ever met Dylan, Post later told Jimmy: “I have not met Bob Dylan, but we have been — I don’t know how much I’m at liberty to discuss, but we’ve been chatting. … We’ve chatted… He kind of slid in my DMs.” As for his love of the legendary musician, Post said it comes from “just growing up and listening to music, and every music, and he’s always just been a voice in my head.” No word on whether a Post Malone-Bob Dylan collaboration could be on the horizon, though. Post’s album “Twelve Carat Toothache” is out on June 3. On May 14, he joins first-time “SNL” Selena Gomez as the show’s musical guest.

Despite being immersed in the world of fashion, Paris Jackson says she sticks to what she learned from her late father, Michael Jackson, when it comes to appearances. “I was raised by a free-love, hippie-type dude, so we were taught that beauty comes from the inside — and to this day, I still believe that,” the model told PopSugar in an interview published this week. Though she’s struggled publicly with anxiety and body image issues, Paris said she now knows how to stay balanced, even when the spotlight gets intense. “Recently, I’ve learned how to cope with it all by practicing self-love and affirmations and diving deeper into my spiritual life,” she explained. “It wasn’t until the last couple of years that I’ve started feeling really good about myself and my body, and feeling comfortable and everything. Those moments of self-love aren’t 24/7, but the bad moments are fewer and further between.” In her newly announced partnership with KDV Beauty, the actress, singer and model said she aims to help redefine cultural beauty standards so they’re better aligned with the ideals she learned from her father. 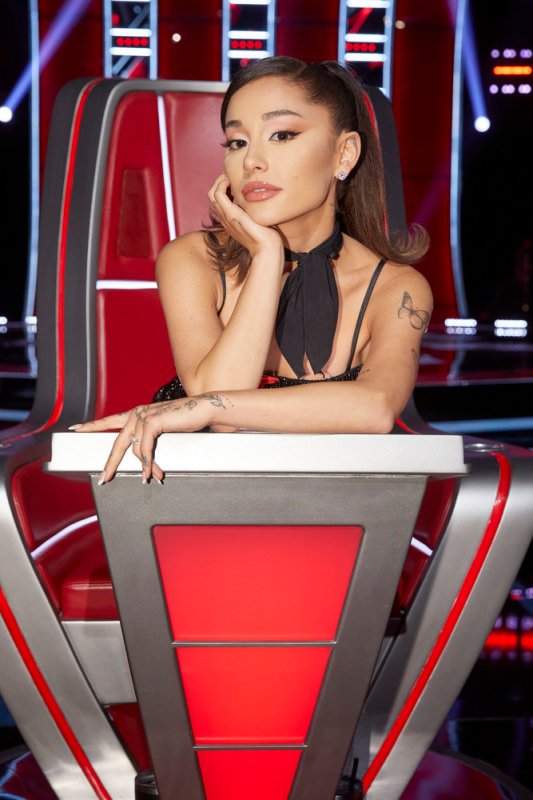 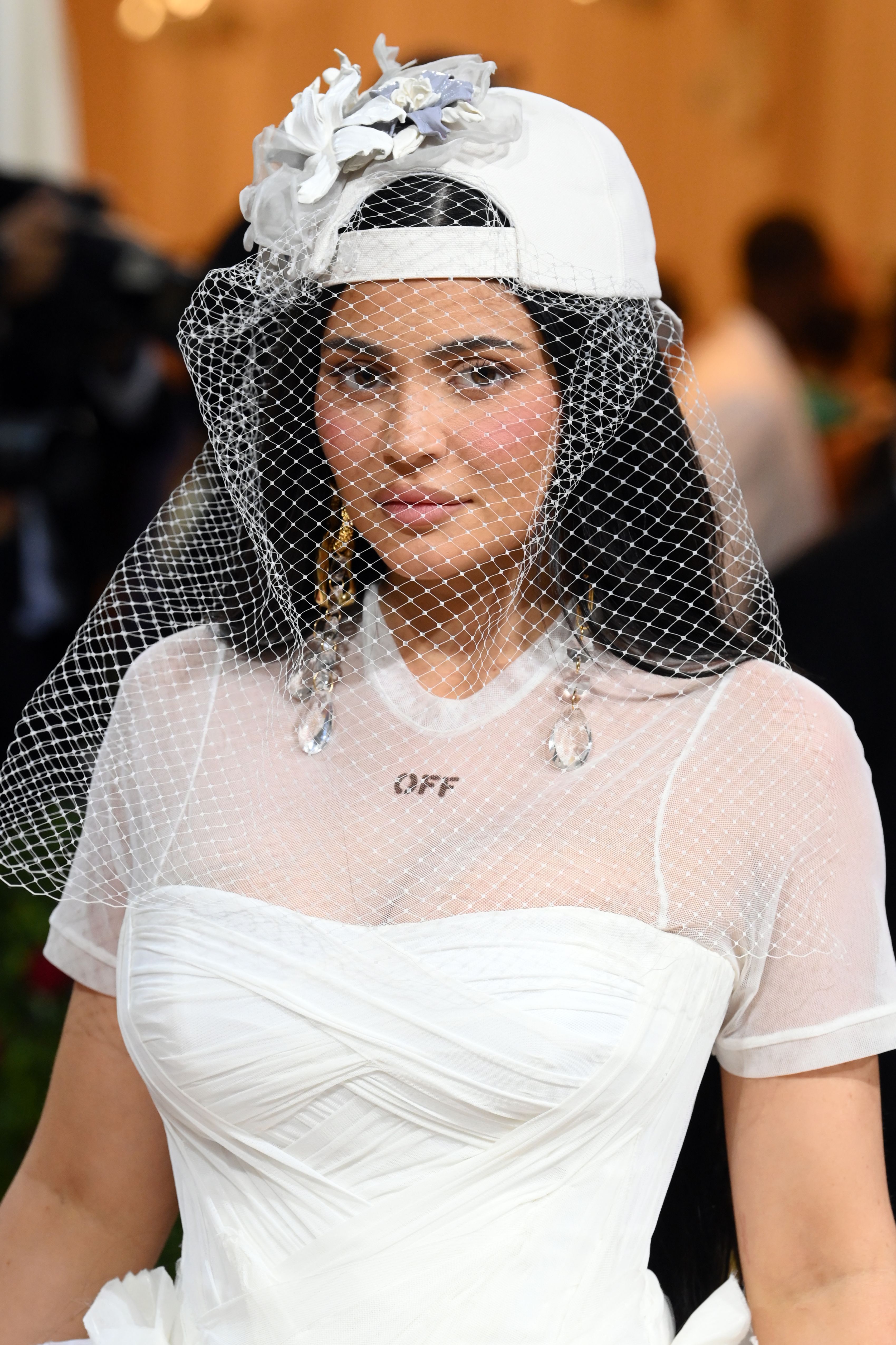 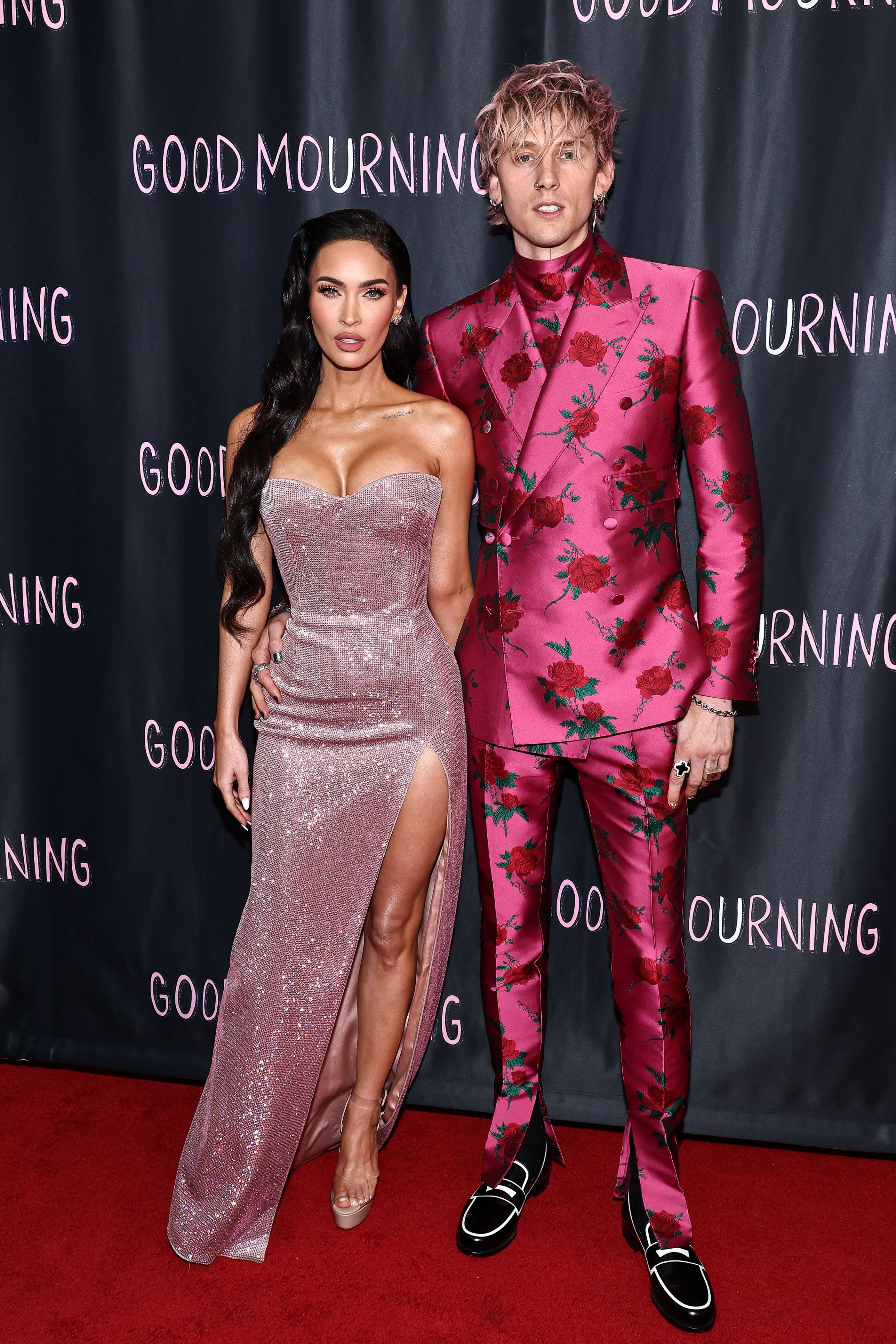 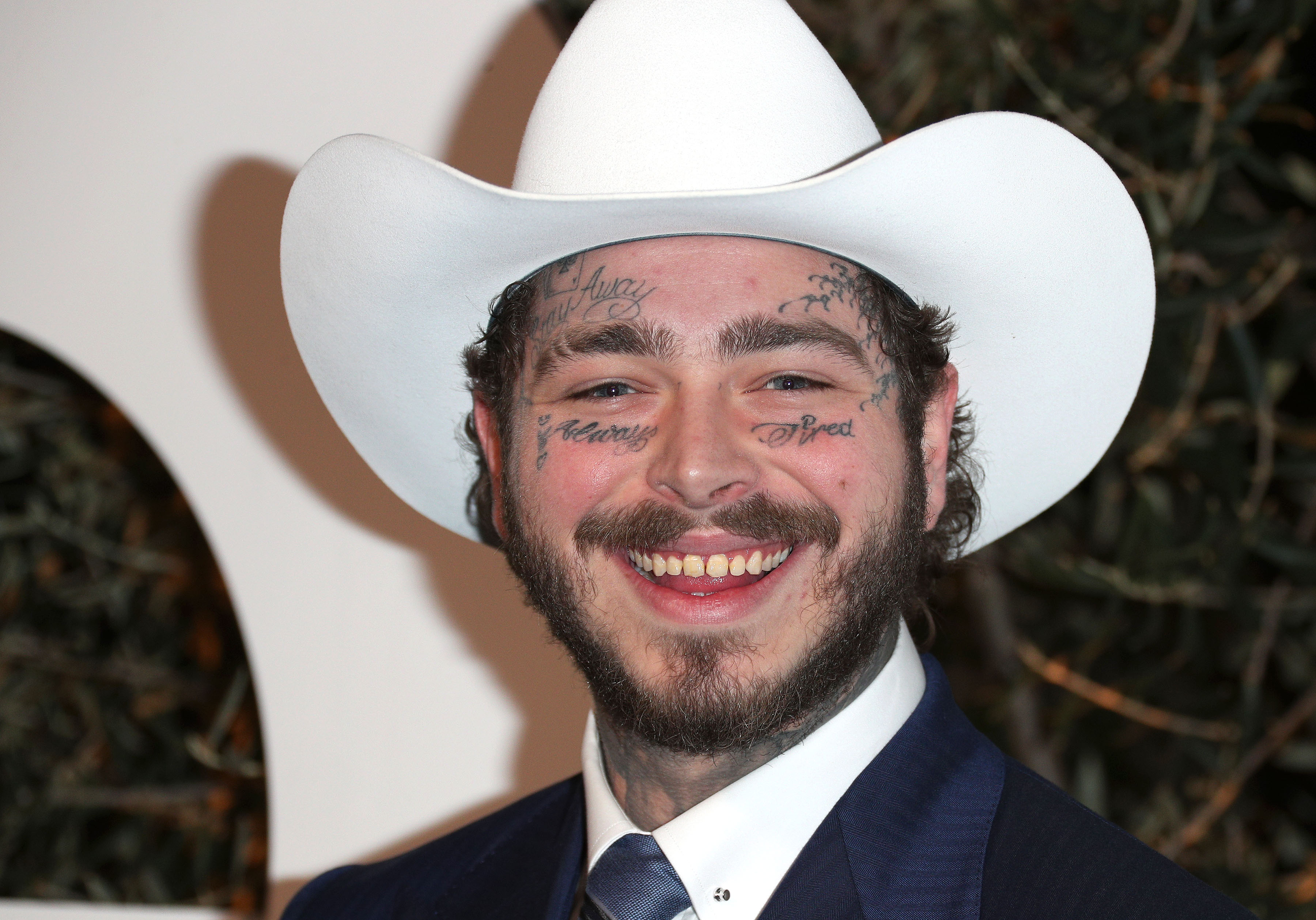 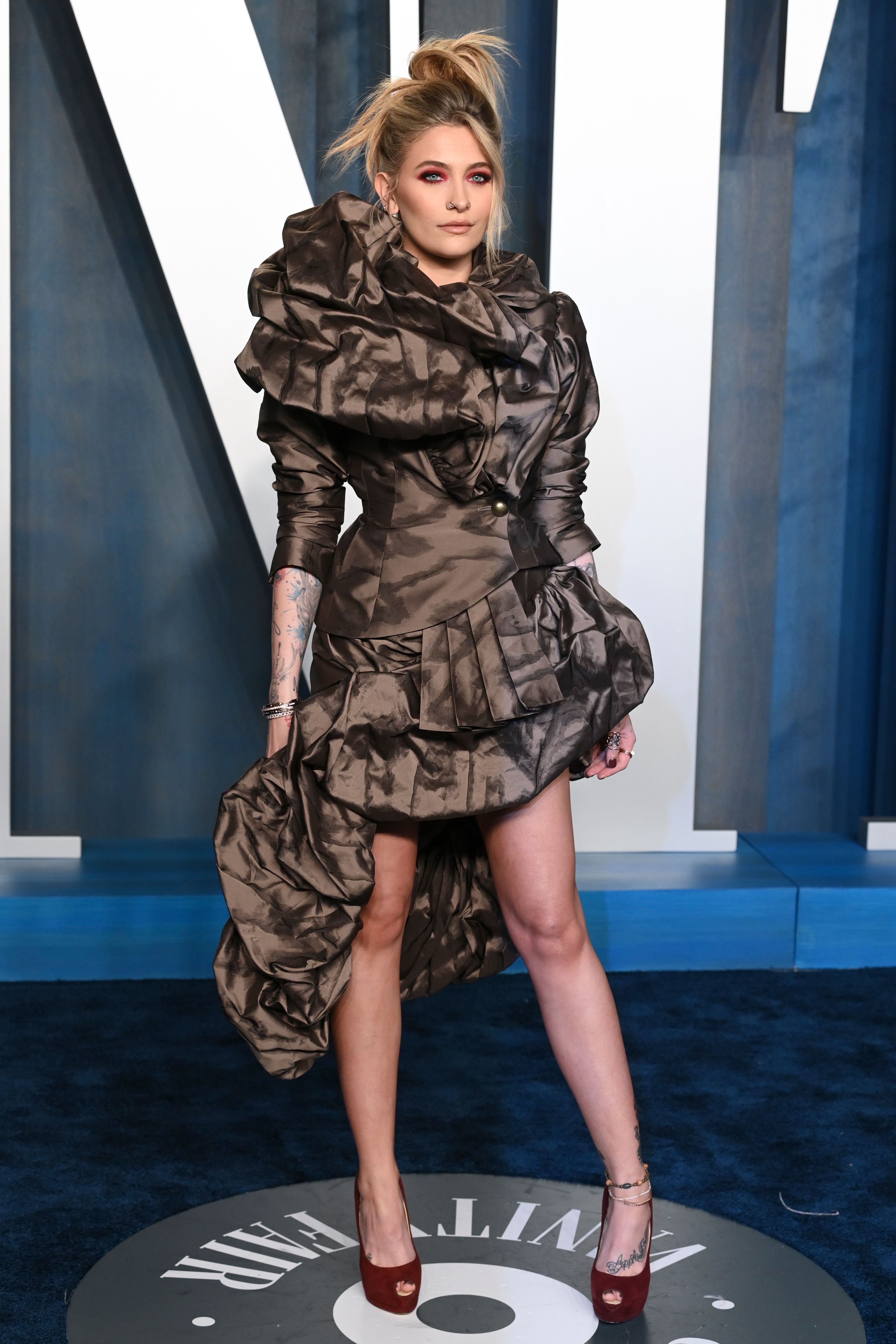