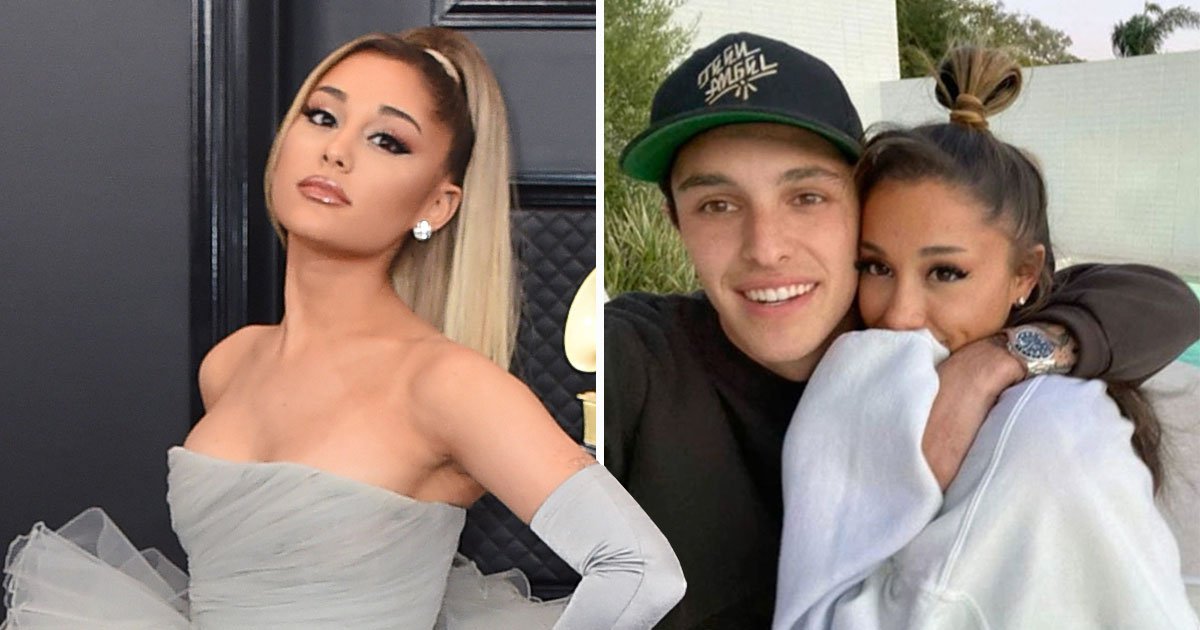 Ariana Grande has confirmed she is a married woman after sharing the first picture from her wedding to new husband Dalton Gomez.

The singer, who got engaged to Dalton in December, casually posted a romantic black and white photo on Instagram of them locking lips on their big day with her veil just visible, while her husband is wearing a black suit and tie.

In the picture caption she revealed they had tied the knot on May 15, writing the date alongside a silver heart emoji.

We got a good look at Ariana’s wedding dress in further photos posted on social media on Wednesday. Her dress was a stunning floor length white gown with a dramatic low cut back, which she teamed with a cute, white veil that had a bow on the front.

The couple’s venue had been decorated with flowers hanging down from the ceiling and candles dotted around as they shared their first dance.

In one lovely shot Dalton picked up his bride in his arms and leaned in to kiss her neck as Ariana put her arms around him and smiled.

Her famous friends were freaking out over the romantic photos with singer Zara Larsson posted a string of heart eyes emoji.

Brad Goreski said: ‘You look so stunning!! Congrats to both of you!’ and Shangela posted: ‘I LOVE THIS SOOOOOO MUCHHHHH!!!’

It comes after TMZ first shared that the Dangerous Woman singer, 27, married the realtor in a private ceremony.

The star’s rep then confirmed to People that the wedding was a small affair attended by their nearest and dearest.

They said: ‘They got married. It was tiny and intimate — less than 20 people.

‘The room was so happy and full of love. The couple and both families couldn’t be happier.’

Ariana and Dalton were first spotted together at Bar Louie in Northridge, California in February last year.

The couple went public with their romance last May, when Dalton made a surprise cameo in her music video to track Stuck With U – a collaboration with Justin Bieber.

Dalton was the second engagement for the superstar who was previously set to marry comedian Pete Davidson.