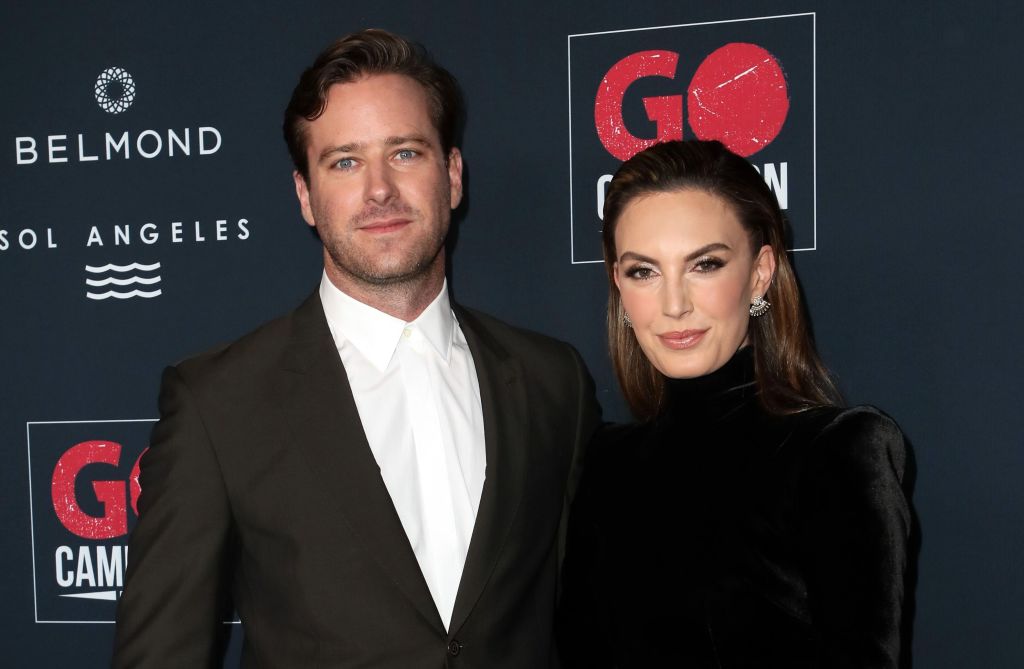 Armie Hammer’s estranged wife Elizabeth Chambers has broken her silence for the first time amid her estranged husband’s DMs scandal… to comment on a film about cannibalism.

The 38-year-old has remained silent on reports that Armie, who she separated from last summer, allegedly told women that he was ‘100% a cannibal’ and described disturbing sexual fantasies in leaked DMs attributed to him.

However, she has now commented on the news that Armie’s Call Me By Your Name director Luca Guadagnino and co-star Timothee Chalamet are working on a ‘cannibalism love story’.

According to the Hollywood Reporter, Bones and All ‘is based on the novel of the same name by Camille DeAngelis, which follows Maren Yearly on a cross-country trip as she searches for the father she’s never met in an attempt to understand why she has the urge to kill and eat the people that love her’.

The Just Jared Instagram account shared the news, writing: ‘Armie Hammer’s director and co-star from Call Me By Your Name (Luca Guadagnino and Timothee Chalamet) are teaming up for a… cannibal love story. (He’s not involved, just FYI.)’

This plot twist was a bit too much for Elizabeth, as, in a comment captured by Comments By Celebs, the TV personality wrote: ‘No. Words.’

Back in July 2020, Elizabeth and Armie, 34, confirmed that they were separating, saying in a social media statement: ‘Thirteen years as best friends, soulmates, partners and then parents.

It has been an incredible journey, but together, we’ve decided to turn the page and move on from our marriage.

‘As we enter into this next chapter, our children and relationship as co-parents and dear friends will remain our priority.

‘We understand this news lends itself to public dialogue, but in the interest of our children and our family, we’re asking for privacy, compassion and love during this time.’

While they have not publicly addressed their situation following the split, Armie suggested that Elizabeth wouldn’t bring their children back to America on his private Instagram.

In a post published by the Mail Online, the Social Network star wrote: ‘Well… my ex (for a very good reason) wife is refusing to come back to america with my children. So I have to go back to Cayman… which sucks. Except there are a few silver linings. Like f***ing Ms Cayman wile I’m down there.’

Another post featured a picture of a home drug test, with the caption: ‘Divorce is fun. Not as s fun as drugs. But what is.’

Armie confirmed that he would be leaving the Jennifer Lopez film Shotgun Wedding amid the scandal surrounding his alleged disturbing messages and sexual fantasies, saying: ‘I’m not responding to these bulls*** claims but in light of the vicious and spurious online attacks against me, I cannot in good conscience now leave my children for four months to shoot a film in the Dominican Republic.

‘Lionsgate is supporting me in this and I’m grateful to them for that.’

It has now been claimed that the actor has also dropped out of the series The Offer, based on the making of The Godfather – a role for which he allegedly left the star-studded series Gaslit for.

Armie will next be seen in the thriller Crisis, although his co-star Evangeline Lilly seemed to shade his involvement by snubbing him in an Instagram post about the movie.