Osmondmania is revving up again — 50 years after the boy band were at the height of their success — with a new musical showing the flip side of fame.

It tells how their father trained them mercilessly, how they were swindled out of millions by their financial advisers, leaving them massively in debt, and how they worked for years to pay back every penny.

The show’s based on the memoirs of Jay Osmond, one of the famous band of brothers.

He told me how their father George, a former army sergeant, would drill and discipline them daily ‘until we dropped’. 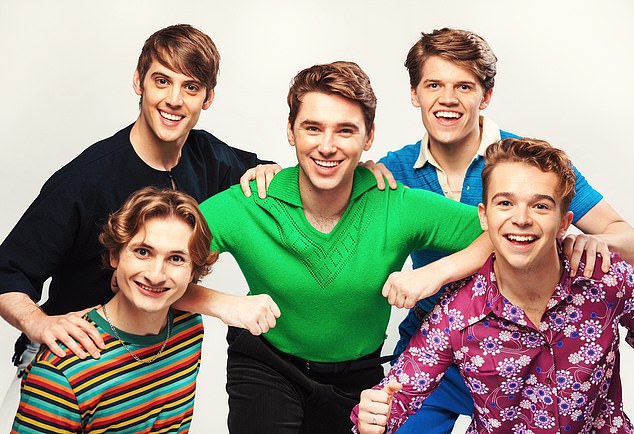 Bill Deamer, who is choreographing The Osmonds: A New Musical, told me: ‘If that happened now, people would hold their hands up in horror. That was cruelty.’ He added: ‘It’s not a jukebox musical. It’s the story of their lives.’

Deamer, who will work with director Shaun Kerrison, was speaking as he met with the show’s principal cast members — Jamie Chatterton, Danny Nattrass, Ryan Anderson, Alex Lodge and Joseph Peacock, who are portraying (in descending order of age) Alan, Wayne, Merrill, Jay and Donny.

They were rehearsing Seventies hits Down By The Lazy River and Love Me For A Reason — a chart topper for The Osmonds before most of Boyzone, who also had a hit with it, were even born.

First, they performed a cappella; then later, with music supervisor Rich Morris accompanying on piano. I didn’t hear Puppy Love, though ‘it will be there’, I was assured by Joseph Peacock, who’ll be stepping into Donny’s satin bellbottoms when the show opens at the Curve in Leicester on February 3, before embarking on a UK tour.

Producers Hamish Greer and Tom De Keyser hope to transfer it into the West End if it takes off on the road.

The ‘brothers’ were chosen after several rounds of auditions, over several weeks, in ventilated studios. All of the actors told me that their mothers had been fans of the Osmonds.

Anderson said that when his mother was in her teens, she would go into the bathroom, splash her face with water and ‘pretend to cry to the songs’.

Peacock added that maybe, after all these years, the Osmonds are due a reappraisal and that the word ‘respect’ might be overdue.

The Tiller Girls are high-kicking their way to a comeback — at the theatre that helped make them famous.

The troupe of a dozen dancers will join the Pantoland Christmas show at the London Palladium, along with Donny Osmond, Julian Clary, Paul Zerdin, Nigel Havers, Gary Wilmot, Jac Yarrow and Sophie Isaacs.

Producer Michael Harrison is already helping to write the gags. The Tiller Girls are named after impresario John Tiller, who formed the precision dancing troupe back in 1894.

During the 1960s and 70s, millions used to tune in to watch the dancers, along with other acts, on the Sunday Night At The London Palladium Show.

Sutton Foster, the Broadway star who’s won over audiences with her breathtaking tap-dancing performance as nightclub evangelist Reno Sweeney in Anything Goes, a smash at the Barbican.

Foster will lead a filmed version of the Cole Porter musical about high jinks on the high seas. Director Kathleen Marshall and camera crews have spent the week filming the production, which also stars Robert Lindsay and Felicity Kendal. It will be shown in cinemas across the UK on November 28 and December 1.

Tickets for screenings go on sale next Friday, October 15, via AnythingGoesMusicalCinema.com.

Lukas Gage, who played hotel porter Dillon — and appeared in a much-discussed sex scene — in TV drama The White Lotus.

(The actor also garnered attention when a video he posted of his apartment being dissed by a director who failed to spot he was unmuted during a Zoom audition, went viral.) 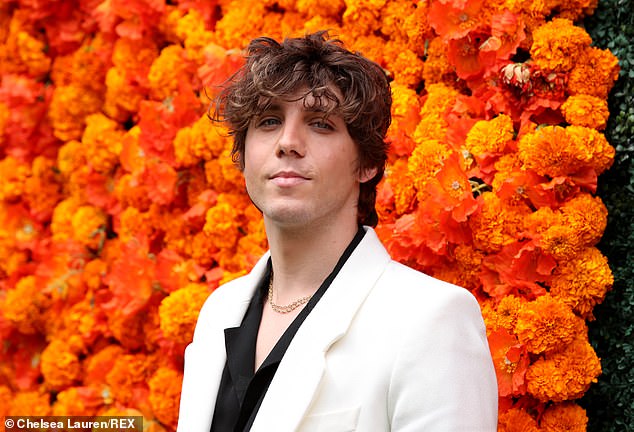 Lukas Gage, who played hotel porter Dillon — and appeared in a much-discussed sex scene — in TV drama The White Lotus