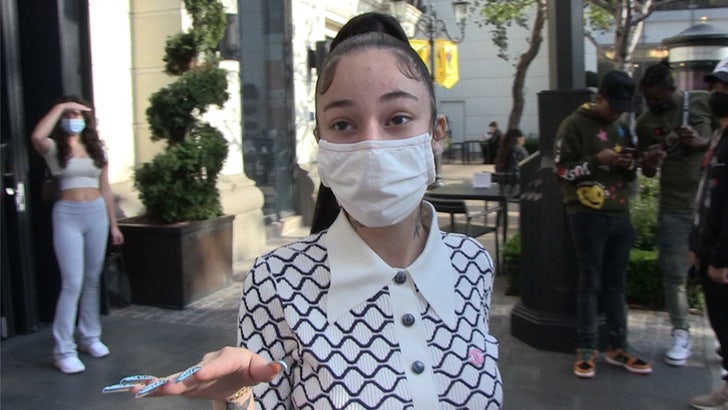 Bhad Bhabie is calling BS on her critics who say she was way too young to post videos on OnlyFans, chalking it up to jealousy.

We got BB, formerly known as Danielle Bregoli, Friday at The Grove, and she launched on folks who want to change the age of entry on the OnlyFans site from 18 to 21, arguing at 18 it amounts to child grooming. Danielle says these folks are just bitter over her success, and success she has had — at least monetarily. 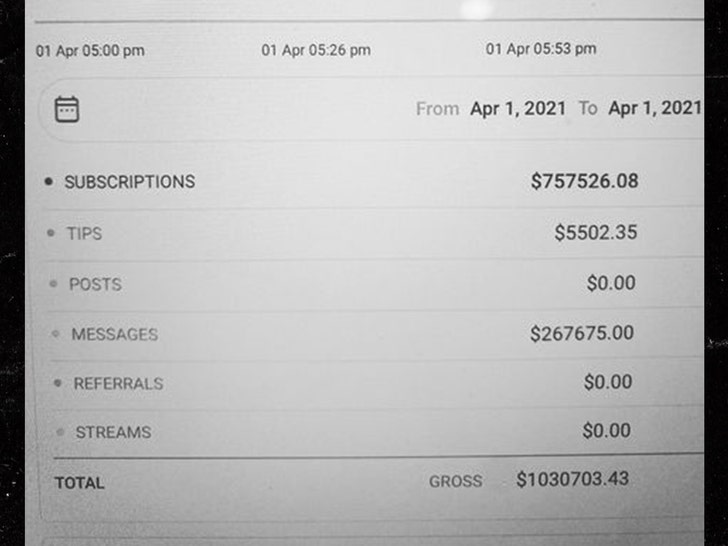 BB pocketed a million bucks in just 6 hours in her OnlyFans debut and she thinks the criticism comes from people who are butt-hurt by her cash flow. By the way, OnlyFans confirmed she did indeed cross the million-dollar mark in 6 hours … a record for the site.

She was also asked if people who subscribe to OnlyFans while they’re in a relationship are cheating. She has a take, but a passerby at The Grove begs to differ.