49,282 showed up to watch Aaron Judge hit his 61st home run Wednesday night — but one of the fans in attendance couldn’t have been sicker to see history … ’cause he dropped the historic baseball, costing himself a small fortune!!

Judge hit the blast in the seventh inning of the Yankees’ blowout win over the Blue Jays in Toronto — officially tying the American League watermark set by Roger Maris back in 1961 — and one fan was in perfect position to nab the ball as it crossed over the left field wall.

He had his glove ready … and when he reached over some railing in front of him to catch it — the legendary cowhide touched his mitt’s webbing!!!

Unfortunately for the guy, it caromed off his hand and landed safely in the Jays’ bullpen … something that clearly crushed the man.

Video from the game’s broadcast in Canada showed the guy was absolutely devastated over the fumble — throwing his mitt and hat in disgust afterward.

Of course, the guy had every right to be sad … the ball would have been worth a HUGE payday for the Jays fan — David Kohler of SCP Auctions told TMZ Sports earlier this month it could sell for as much as $250,000 on the auction block!! 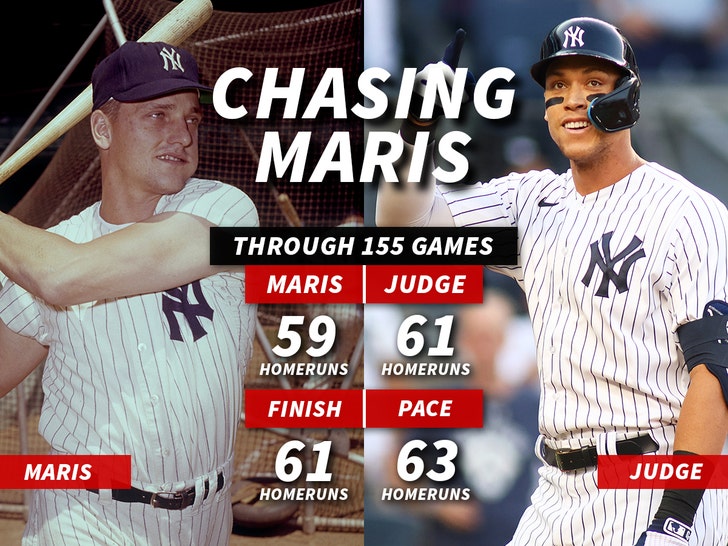 As for what ultimately ended up happening to the ball — Toronto bullpen coach Matt Buschmann initially grabbed it. He gave it to Jays closer Jordan Romano … who then passed it off to Yankees reliever Zach Britton, who returned it to Judge.

Judge held onto it for a while — but in a super sweet moment, he turned it over to his mother.

Aaron has seven games left in the season to officially pass Maris on the all-time list — meaning the crushed Jays fan could have a shot at redemption … if he’s willing to travel to New York or Texas for the Pinstripes’ last regular-season contests of 2022.