Bradley Walsh is a comedian, television host, actor and former professional footballer. He is best known for his acting roles as DS Ronnie Brooks in Law and Order, UK, and for hosting ITV game shows The Chase and Cash Trapped. But how did the 59-year-old’s relationship with one of the Nolan sisters turn particularly sour with the former singer claiming she was left “utterly heartbroken”?

Bradley Walsh first made his name as a professional football player for Brentford.

But after he suffered ankle fractures his career came to an end at the age of 22.

He went on to present shows such as Midas Touch and Wheel of Fortune.

He landed his first acting role in the Channel 4 show Lock, Stock… in 2001 and landed astint on Coronation Street three years later.

Mr Walsh left Coronation Street three years later, but continued to act and present in shows such as Doctor Who, SunTrap, Odd One In and The Chase. 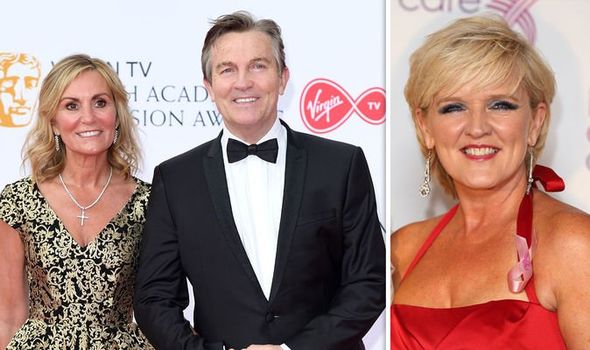 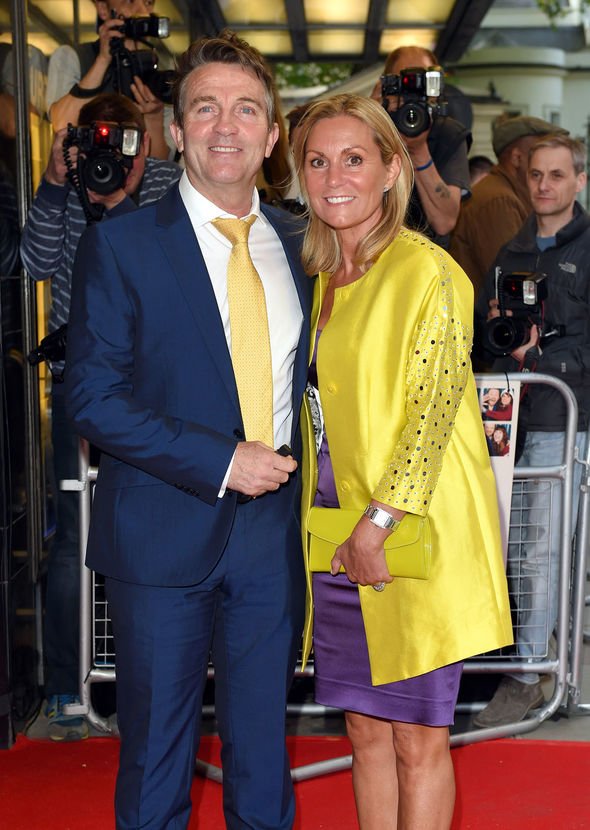 Although the actor has been married to Donna Derby since 1997, his romantic life before his marriage was shrouded in scandal.

Prior to becoming a husband, Mr Walsh actually dated the deceased Bernie Nolan.

The couple were first introduced in 1989 by her sister Coleen and her then-husband Shane Ritchie.

Bernie, who died from cancer in 2013, previously revealed the heartbreak she suffered at the hands of Bradley. 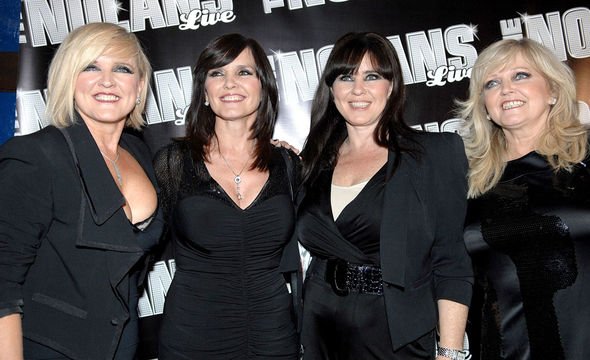 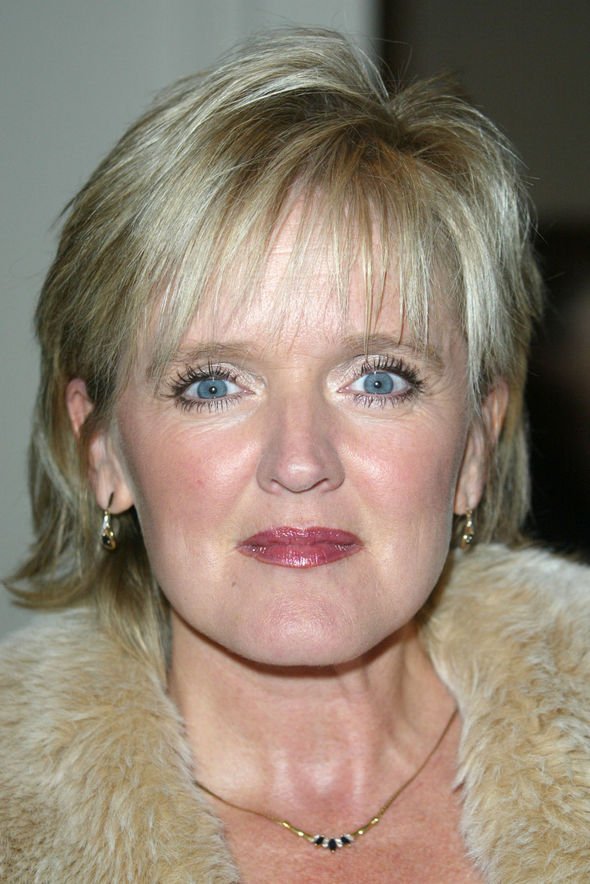 Speaking ahead of the publication of the Nolans’ autobiography, Survivors: Our Story, From Us to You With Love” she told the Mirror: “Shane Richie and Coleen introduced me to Bradley in 1989.

“They took me to see him in a show. Afterwards we chatted for the first time.

“It was a bit embarrassing because I already knew he fancied me, but it was awkward in a nice way.

“From that evening we were together. We never argued, we went for picnics in the Lake District and everything about our relationship seemed great when it was just the two of us.

“But I quickly realised that whatever Brad did, there would be a woman involved. If he had tennis lessons, it would be with a woman. If he was in a show, he was surrounded by dancers.

“I was with him one day and a woman phoned him. I could hear her talking and it was obvious she was upset about something. ‘Her flat got burgled and she was a bit shaken up,’ Bradley explained when he put the phone down.

“It was only later I found out from a mutual friend that there hadn’t been a burglary and the other woman was upset for far more obvious reasons!

“But when I confronted Bradley, he was full of remorse and apologies. ‘I’m so sorry,’ he said, over and over again. ‘Please take me back, Bernie. I love you.’ What could I do? I loved him, too. So we got back together.

“But then I discovered Bradley had been sleeping with someone else. ‘Please don’t leave me,’ he said, starting to cry. ‘I’m so, so sorry, Bernie. I don’t know what’s the matter with me. All I know is that I love you and want to be with you.’

“It went on like that for ages. In the end, I relented again. I really thought Brad and I would marry and it’d be for keeps. Mum even took me out shopping to look at wedding dresses.” 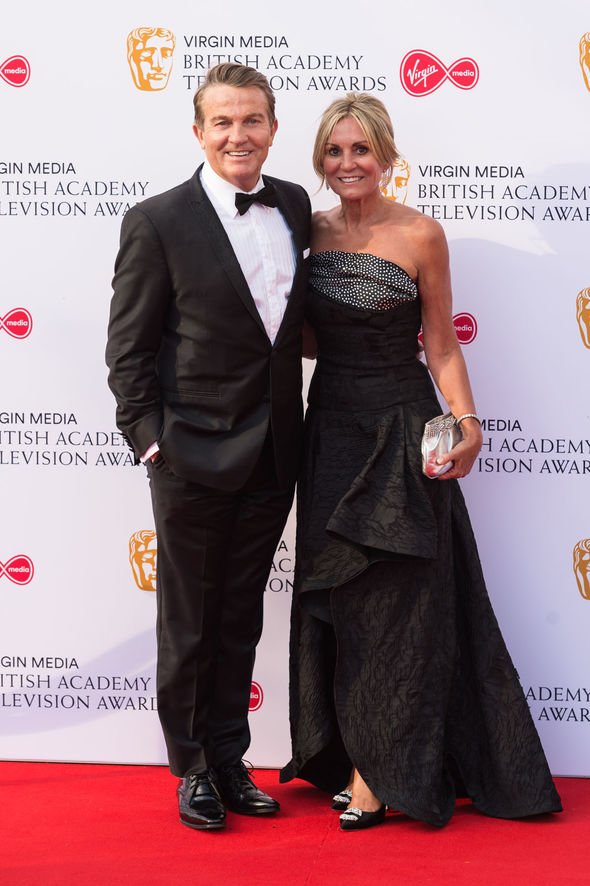 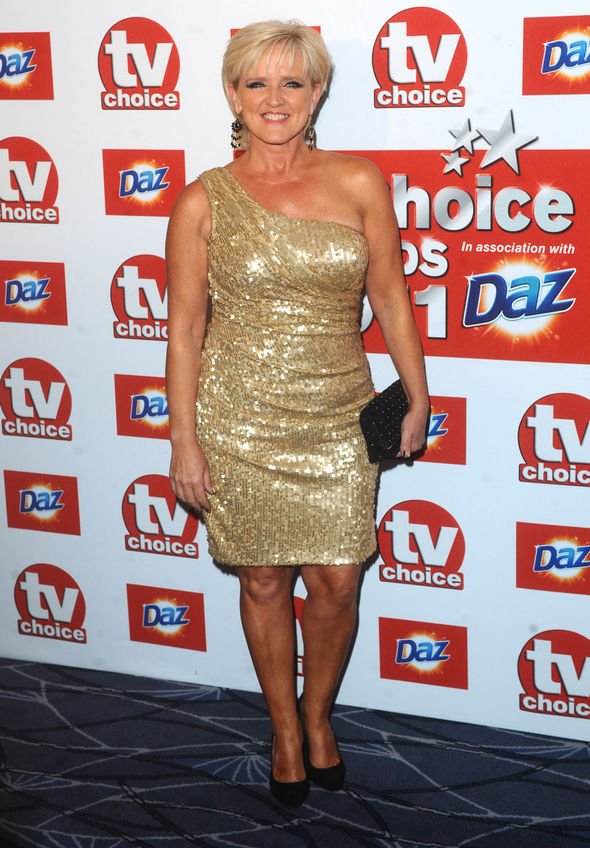 In the end, Bernie ended the relationship because of Bradley’s alleged infidelity.

She told the Mirror: “I said, ‘Just stop lying, Bradley. Look, I’m not coming this weekend. In fact, I don’t want to see you any more at all.’

“It was over. I put the phone down and cried my eyes out. I’d adored Bradley and I felt utterly heartbroken.

“When I think about it now, I feel I had a lucky escape.

“A while later he wrote me a letter saying he hoped we could still be mates.

“I wrote him one back saying: ‘I didn’t want to be your mate. I wanted to be your wife.’’’

Bernie went on to find happiness with drummer Steve Doneathy and the couple had one daughter, who was 14 when she died.

She also gave birth to another daughter in 1998, but sadly the girl, who the couple named Kate, was stillborn.

The couple married in 1997 and went on to have a son, Barney, together the same year.