After a big legal win – and after calling out her sister for performing her songs – Britney Spears seemingly celebrated by singing along to her hits during a drive with her boyfriend.

Britney Spears capped off a busy week with her own version of “Carpool Karaoke.” Britney, 39, and her boyfriend, Sam Asghari, went for a drive on Sunday (July 18), and during the trip, Britney apparently felt like singing. Sam, 27, captured this impromptu concert in a now-deleted Instagram Story, recording Brit jamming out to “Lonely,” a song from her third album, 2001’s Britney. Though Britney’s face isn’t seen in the video, it’s presumably her well-manicured hand that reaches over to turn up the volume on the car’s stereo.

This video comes a month after Britney’s explosive testimony about the “abusive” conditions of her 13-year conservatorship. “All I want is to own my money… and for this to end… and for my boyfriend to be able to f-cking drive me in his car,” Britney said during her June 23 hearing. “And honestly…. I want to be able to sue my family.” She recently secured a major legal win in her fight to rid herself of the conservatorship. On Wednesday (July 14), Judge Brenda J. Penny granted Britney permission to hire her own lawyer. Matthew Rosengart of Greenberg Traurig, LLP, a former federal prosecutor, will now serve as Britney’s lawyer going forward.

Britney’s Sunday “performance” also comes on the heels of her calling out her sister, Jamie Lynn Spears, for performing her song, “Till The World Ends,” at the 2017 Radio Disney Music Awards as a tribute. “I don’t like that my sister showed up at an awards show and performed MY SONGS to remixes!!!!” Britney wrote in the long post. A day before this post, Britney wrote about how “here’s nothing worse than when the people closest to you who never showed up for you post things in regard to your situation whatever it may be and speak righteously for support,” a post that many fans suspected was about her sister.

Britney also told fans that she’s “not gonna be performing on any stages anytime soon with my dad [Jamie Spears, 68] handling what I wear, say, do, or think.” Instead, the closest that fans will get to a Britney concert will be Sam’s Instagram Stories or Brit’s videos of her dancing in her home. 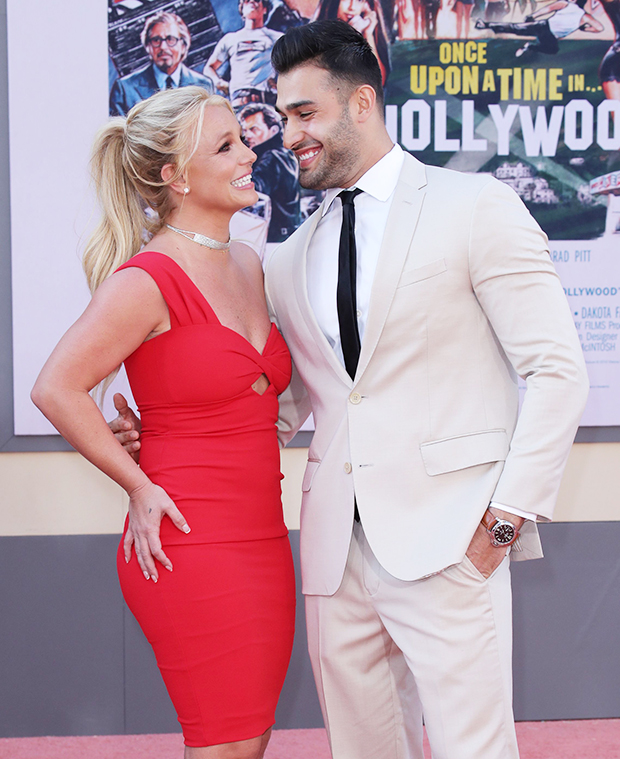 After coming under fire from the #FreeBritney movement, Jamie Lynn Spears, 30, responded to those who said she hadn’t supported Britney enough. “I think it’s extremely clear that since the day I was born, I have only loved, adored, and supported my sister. I mean, this is my freakin’ big sister, before any of this bullshit,” she said in a June 28 IG STory. “Maybe I didn’t support her the way the public would like me to, with a hashtag on a public platform, but I can assure you, I’ve supported my sister long before there was a hashtag, and I’ll support her long after. Note that.”