Buffy the Vampire Slayer star Nicholas Brendon is facing major legal trouble following his arrest in Indiana on Aug. 18. The 50-year-old actor, who is best known for playing Xander Harris in the beloved series, was arrested and charged with providing fake information and prescription fraud after he was pulled over by cops in Vigo County, according to the Vigo County Sherriff’s Dept​​​​artment’s arrest report that was obtained by HollywoodLife. TMZ reported that Nicholas was pulled over after “driving erratically” in his silver Dodge Journey, and while being questioned by cops, he reportedly was “sweating profusely” and appeared to be “nervous.”

Authorities asked Nicholas for his license, and he gave them a California ID that he reportedly claimed belonged to his twin brother, Kelton Schultz. Per TMZ, the cops then searched Nicholas’ vehicle and discovered “crystal/powder residue” in a small plastic bag, as well as a prescription for amphetamine salts that was written out to Kelton’s name. Nicholas reportedly admitted to the police that he had taken the pills prescribed for Kelton. 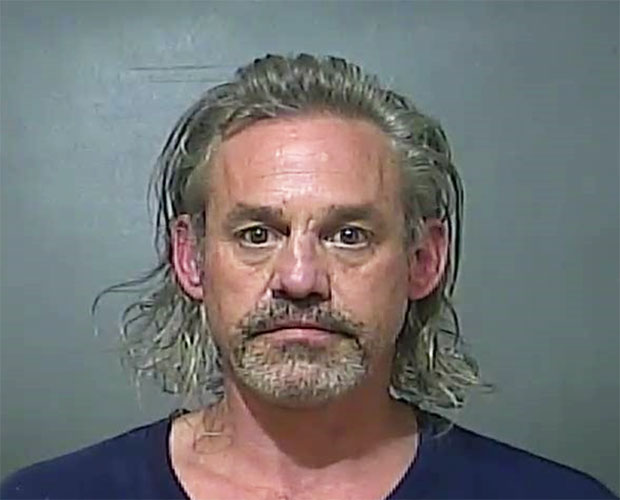 Nicholas was arrested on the spot for failure to identify and obtaining a prescription by fraud. TMZ reported that police believe the actor was using Kelton’s ID to either abuse the pills or sell them himself. Nicholas was released by the court and his initial hearing took place on Monday, Aug. 23. A jury trial has been scheduled for February 15, 2022, according to Radar Online.

This not Nicholas’ first run-in with the law. Per reports, he’s currently on probation for an alleged domestic violence dispute that took place in Oct. 2017 with his girlfriend. At the time, Nicholas allegedly pulled his girlfriend’s hair and yanked her arm at the Saguaro hotel in Palm Springs, which led to him being arrested and charged with violating a protective order and felony inflicting injury on a spouse or cohabitant. He was released the day after the incident on $50,000 bail, but was officially charged with domestic violence by Riverside County District Attorney’s Office in May 2019, according to PEOPLE.

Nicholas also got himself into some legal trouble back in 2015 for allegedly attacking his girlfriend, PEOPLE reported. He was arrested several times that year and eventually went to rehab three different times for substance abuse, depression and alcoholism. He later spoke about his struggles on a Dec. 2015 episode of Dr. Phil, where he revealed that he had attempted suicide several times.