Carol Vorderman struggles to sing due to laryngitis

Former Countdown star Carol Vorderman, 60, has revealed the reason behind her ound singing voice, which was causing fans to worry. Taking to her Instagram stories, the TV legend that she has laryngitis, which was behind the cause of her croaky speech and raspy vocals.

Throat thing, not the name of a friend with bad parents

Despite revealing that she had been diagnosed with the inflammatory throat condition, the best-selling author proved that she had not lost her sense of humour as she gave her fans an update.

The presenter said: “OMG [oh my god] so a few days ago with laryngitis (throat thing not the name of a friend with bad parents).

“I did my best impression of Marge Simpson singing You Are My Sunshine.”

The TV legend then re-shared a clip of her vocal attempts with her followers, to remind them of her likeness to the blue-haired TV character. 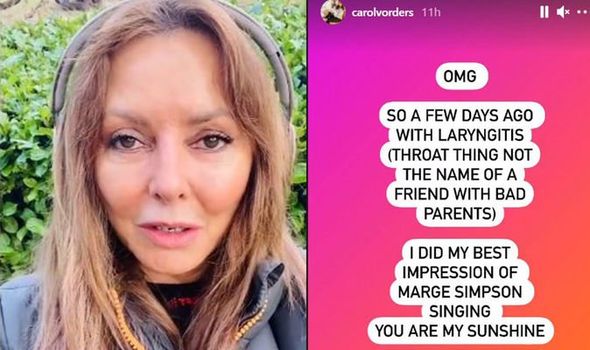 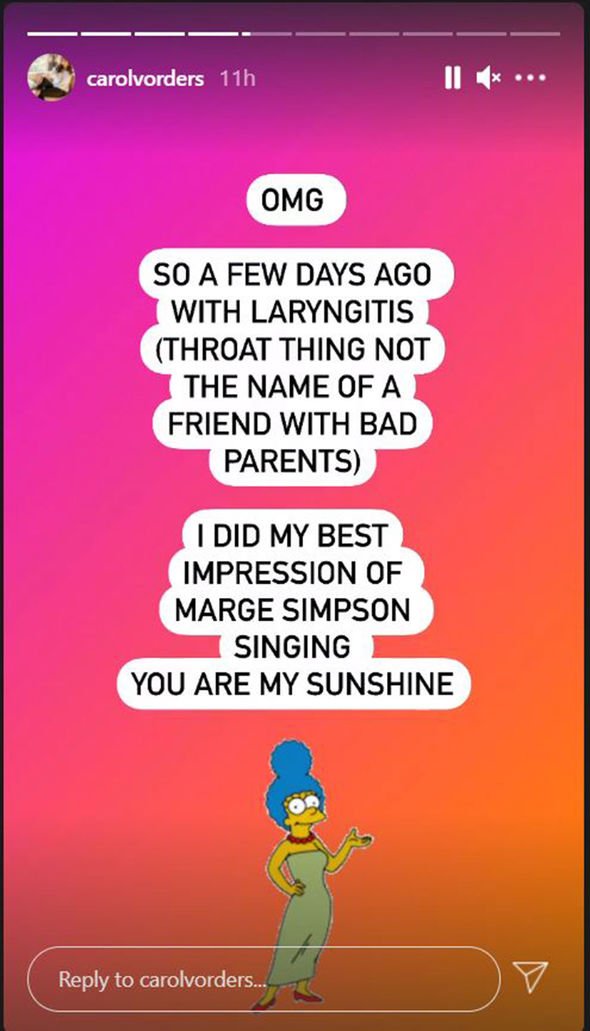 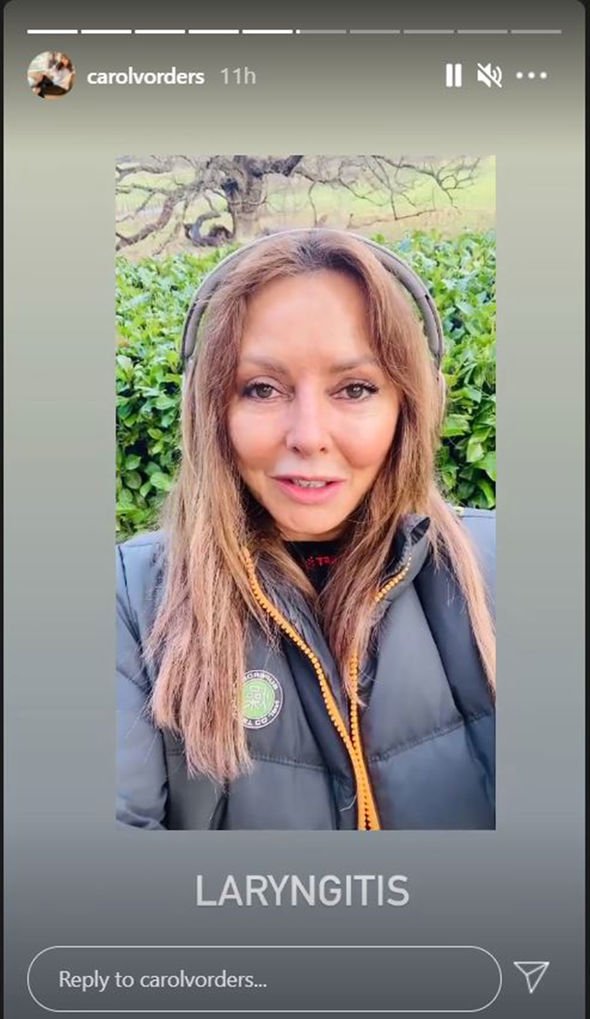 Carol revealed that the impression led to a writer behind the iconic TV show following her on Twitter.

“Soooooooo…. I’m only being followed on Twitter by the writer/producer of The Simpsons,”(sic) she stated.

Carol followed the surprise revelation with four crying with laughter emojis, before adding: “Life made.”

She then posted a screenshot of Simpsons writer Josh Weinstein’s Twitter profile, which revealed that the producer is now following the Countdown star after her accurate Marge impression. 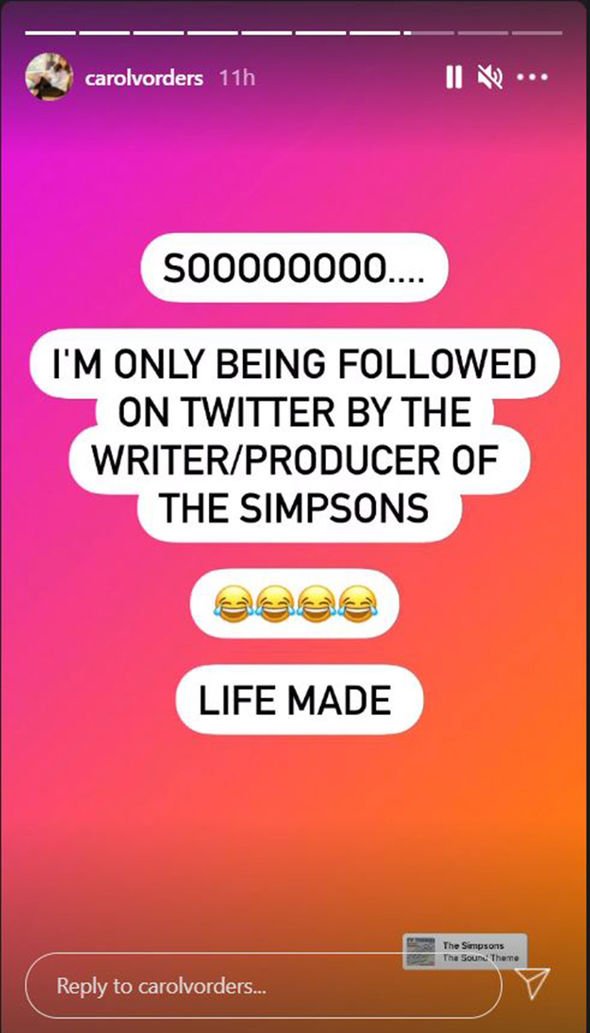 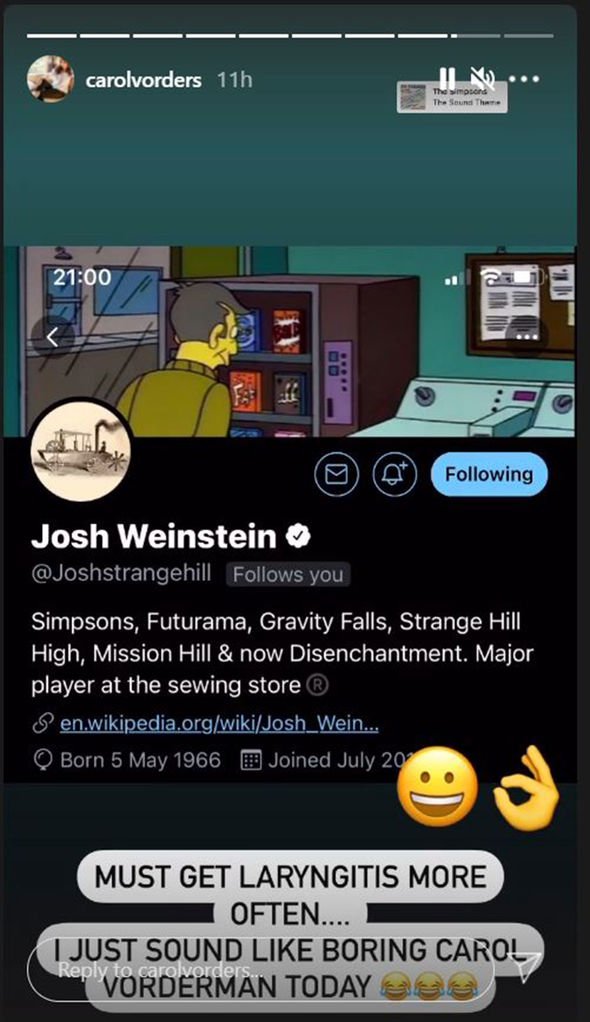 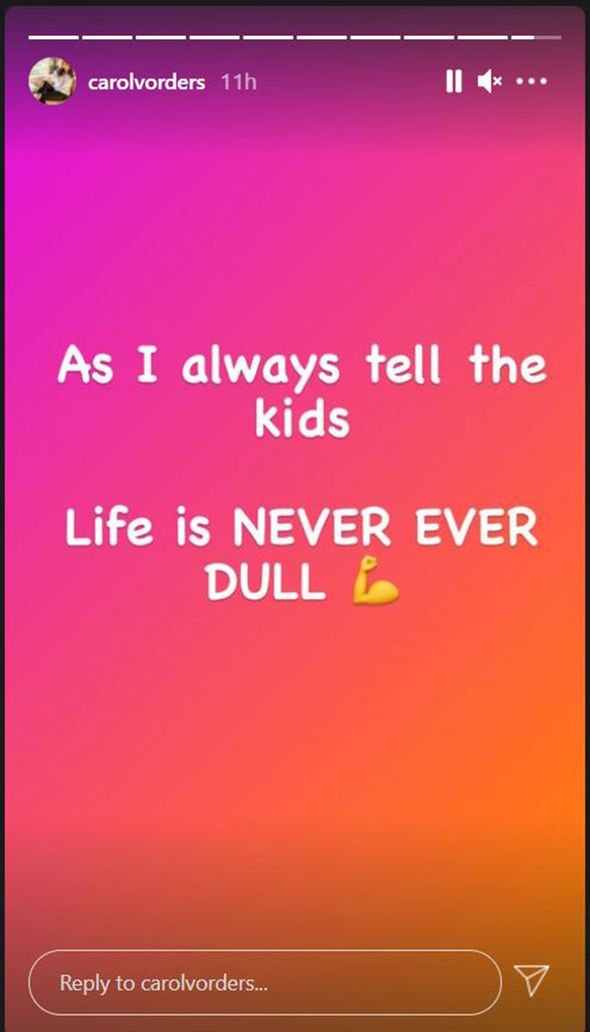 She wrote: “Must get laryngitis more often….

Carol seemed disappointed that her Marge-esque voice had left, but was overjoyed at her new famous follower.

The radio host the ended the update with an inspiring message: “As I always tell the kids, life is NEVER EVER DULL.”

Carol’s revelation comes just days after she sparked concern among her Twitter followers when she was heard sounding far from regular.

The former Countdown star shared a clip of her attempting to sing You Are my Sunshine, which showcased her ropey vocals.

Carol captioned the video: “Me with a sore throat doing Marge @TheSimpsons singing YOU ARE MY SUNSHINE.”

In a previous tweet Carol admitted that there were “benefits” of losing her voice.

She wrote: “So one of the benefits of losing my voice is……. I do a bl**dy brilliant Marge Simpson impression.”