Former Countdown star Carol Vorderman, 59, filmed the humorous moment she ended up drenched as she made her way back to her hotel room after a dinner at Principality Stadium in Wales recently. The mother-of-two couldn’t control her laughter as she told fans she had no umbrella while attempting to hide from the downpour under her jacket.

Alongside a friend, Carol could be heard saying “Oh my God,” as she filmed the rain pouring.

Laughing, she added: “We are soaked!”

She captioned the video: “After the dinner, NO umbrella… b***dy loved it.”

Ahead of posting the throwback video, Carol also took to Instagram to share pictures of her outfit from the evening. 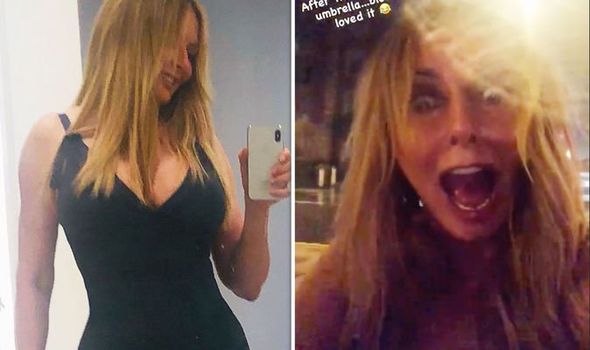 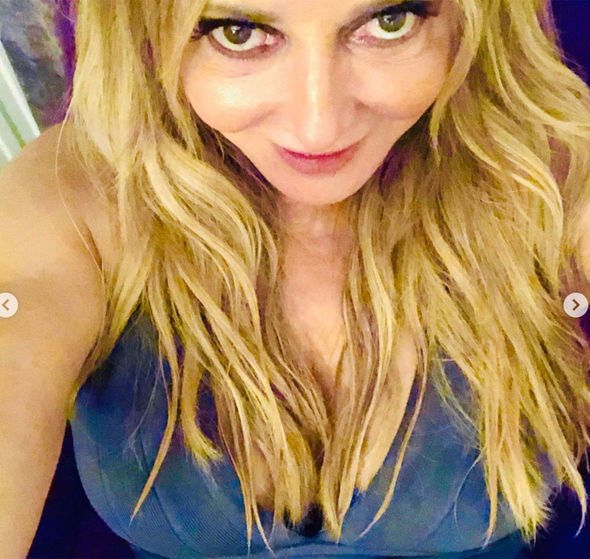 In one picture, the presenter put on a busty display as she showcased her sensational physique in a tight-fitted and plunging black dress.

She then treated her fans to another selfie from a high angle.

Carol went on to share snaps from inside the stadium, which she attended in September.

Captioning the throwback pictures, the ex Countdown star wrote: “Having a bit of a trawl through pics of the last year. 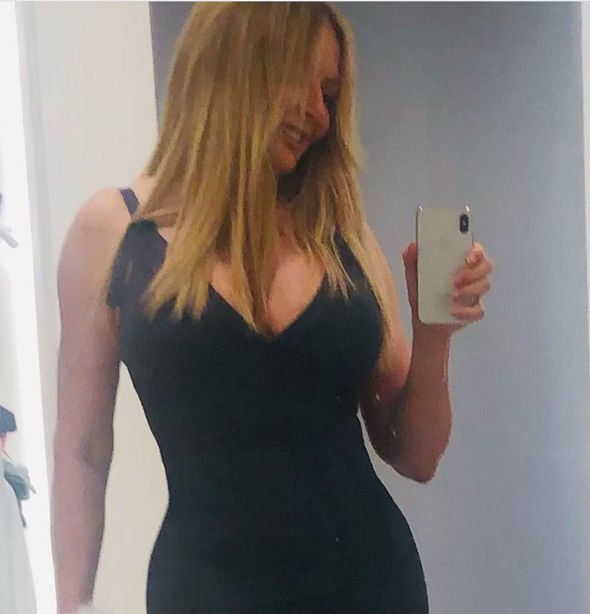 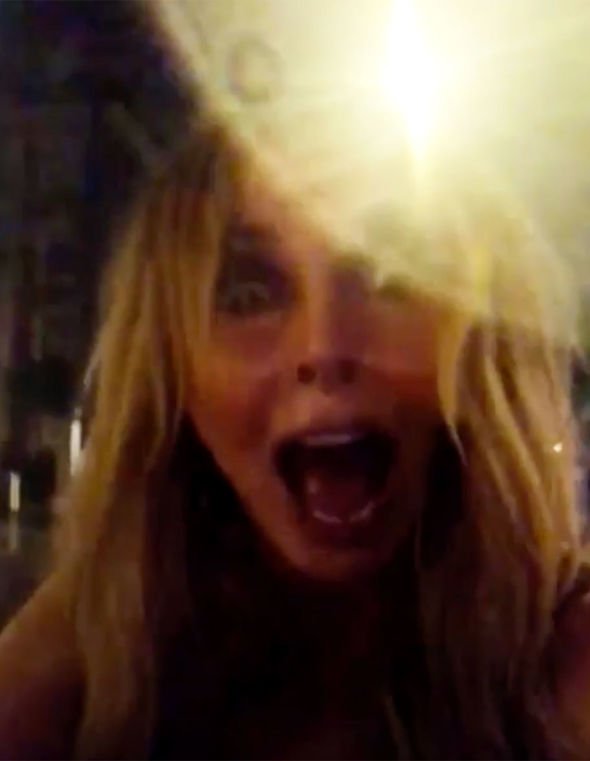 “The BEFORE shots… at the Road To Japan dinner at @principalitysta last September to send our Wales team off to the @rugbyworldcup.

Carol’s video also gathered attention from many of her Twitter fans.

One user wrote: “Love your laugh and your passion. Don’t ever change Vorders.”

A second commented: “OMG! THAT is what you call rain!”

Carol’s post comes after she sparked a frenzy with artwork she had made to mark her milestone 60th birthday this week.

The painting shows a busty woman wearing a plunging blazer and a pair of thigh-high silver boots.

She commented: “I HAVE CONTROL. For my big birthday next week I commissioned this painting from Ed @williamsonartofficial.

“It’s me and it says all I need to say. I have Control… #PilotLanguage too.”