Catherine Zeta Jones and Michael Douglas have jetted out to Zimbabwe for Christmas with their two children: Dylan, 19, and 16-year-old Carys. The actress has been keeping her three million Instagram followers up to date on their luxury trip and today shared a candid video of the couple.

This is what happens when you’re into your 20th year of marriage. Michael Douglas does your knickers!

The 50-year-old was seen walking along a forest bridge with her movie star spouse, 75, who was clutching a sack.

The Chicago beauty chatted directly to the camera, after teaming a wide-brimmed, two-tone hat with tortoiseshell sunglasses.

She looked chic in a black kaftan-style top, hooped earrings while a bag was seen on her shoulder.

“Yeah, we’re in the bush and my husband is doing laundry,” Catherine said. “Honey, what are you carrying in your bag?” 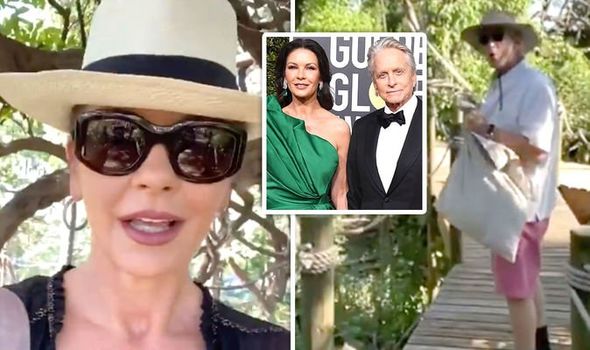 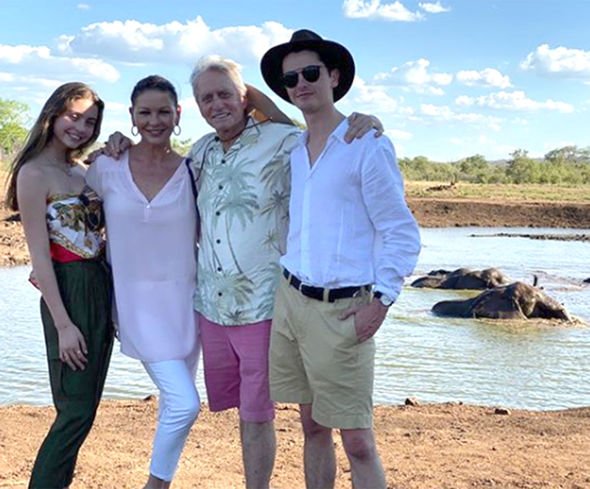 “Ho, ho, ho,” Michael amusingly responded, as he turned around to her while walking out in front.

The mother-of-two continued, asking her followers: “My personal Santa is doing my laundry. Did I luck out?”

“Don’t get carried away,” the A-list quipped back, after teaming a white, loose shirt with pink shorts.

Catherine then added: “This is what happens when you’re into your 20th year of marriage. Michael Douglas does your knickers!” 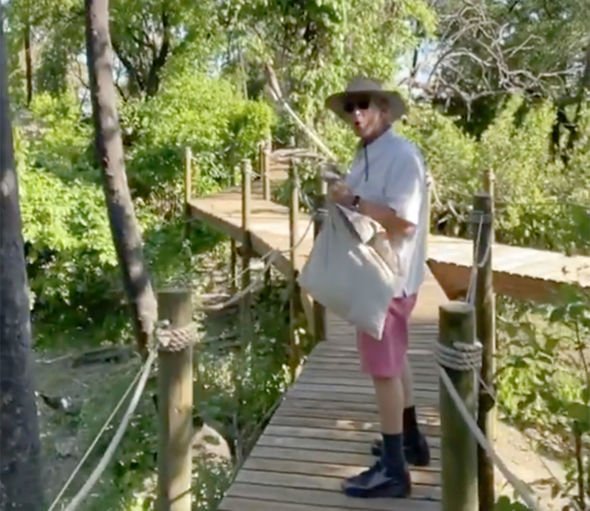 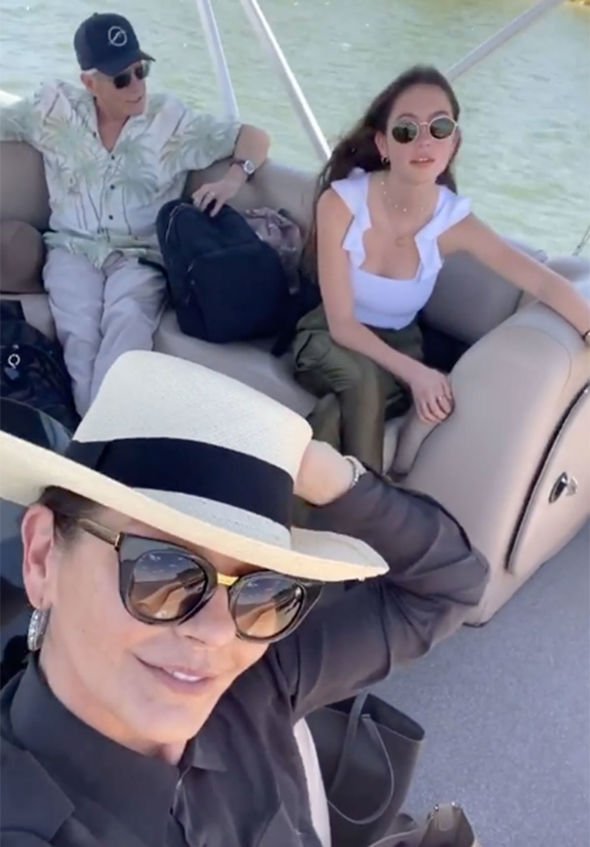 She also captioned the offering, which was quickly watched by more than 50,000: “A married couple in the bush today in Africa.”

One amused user wrote back to her: “Haha!! You’re both adorable. Merry Xmas guys!”

Another reply read: “Aah, the bliss of being married for twenty yeearrs.”(sic)

Meanwhile, the clip was the latest holiday update from Catherine and came just hours after she pictured the four of them together.

She stated: “Greetings from Zimbabwe – watching the ballet that is the elephants bathing. Beauty in nature nurtures the soul.”

The star wore a long white tunic, which was sheer, with matching, cropped trousers, and Michael stood in a palm-print shirt.

Carys cut a fashionable figure in a strapless, printed top and dark trousers, while her brother also opted for a white top and beige shorts.

The family were lucky enough to witness a herd of elephants walking through the bush, which Catherine shared a video of.

“My morning walk. Just following in the footsteps of the wise ones,” she said.

It came after they saw a rhino, which she managed to capture on film.

Catherine Zeta Jones had previously shared a smouldering bed selfie ahead of taking a shower at 42,000ft.