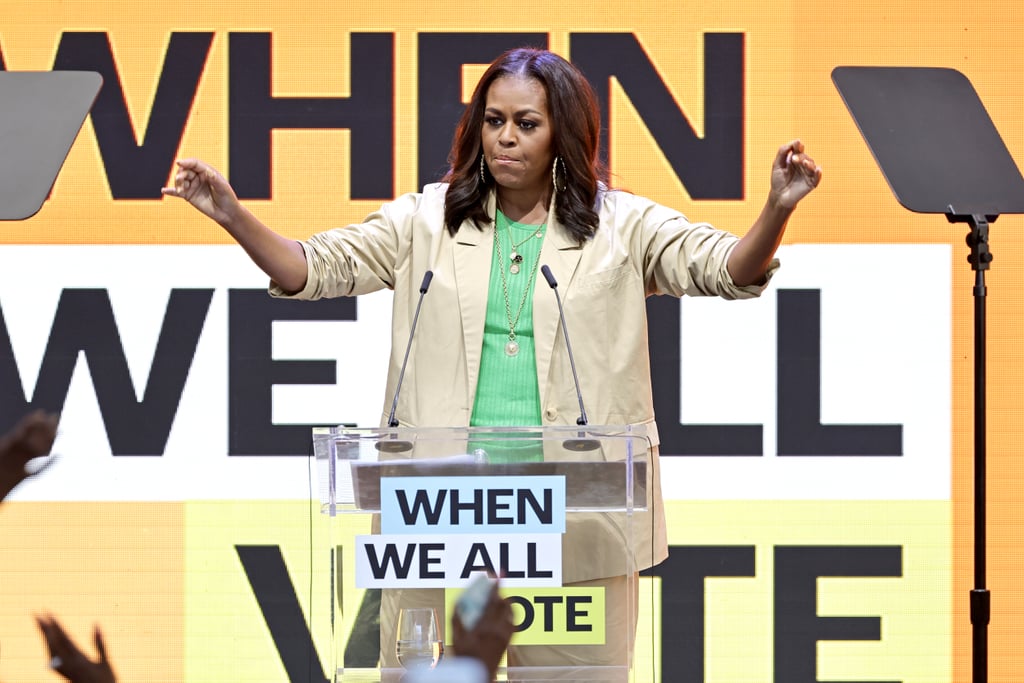 Celebrities, politicians, and people all over the country are reacting to the news of the Supreme Court of the United States ruling to uphold Mississippi’s 15-week abortion ban, and as a result, overturn overturn Roe v. Wade — the 1973 landmark case that has upheld a person’s right to an abortion. Americans have been waiting for the Court’s decision since Politico released a first draft of a leaked opinion on Roe v. Wade, written by Supreme Court Justice Samuel Alito, on May 2.

In the wake of the news, many public figures have shared their frustrations over the troubling ruling that has now abolished 50 years of federal abortion rights. On June 24, former first lady Michelle Obama released a statement addressing her concerns over the overturned case. “I am heartbroken today. I am heartbroken for people around this country who just lost the fundamental right to make informed decisions about their own bodies,” her letter starts. “I am heartbroken that we may now be destined to learn the painful lessons of a time before Roe was made law of the land — a time when women risked losing their lives getting illegal abortions.”

On May 2, following the release of the leaked opinion, former presidential candidate Hillary Clinton posted a series of tweets; in one, she wrote, “Not surprising. But still outrageous.” On June 24, in response to the Supreme Court’s ruling, Quinta Brunson tweeted, “Just depressing.”

On May 3, President Joe Biden issued a formal statement in response to the potential decision, that detailed the current administration’s plans. “If the Court does overturn Roe, it will fall on our nation’s elected officials at all levels of government to protect a woman’s right to choose. And it will fall on voters to elect pro-choice officials this November. At the federal level, we will need more pro-choice Senators and a pro-choice majority in the House to adopt legislation that codifies Roe, which I will work to pass and sign into law.”

Celebrities like Olivia Rodrigo, Harry Styles, Halsey, Phoebe Bridgers, and more have since spoken out about abortion rights. Ahead, see how other public figures are reacting to the Supreme Court’s ruling.