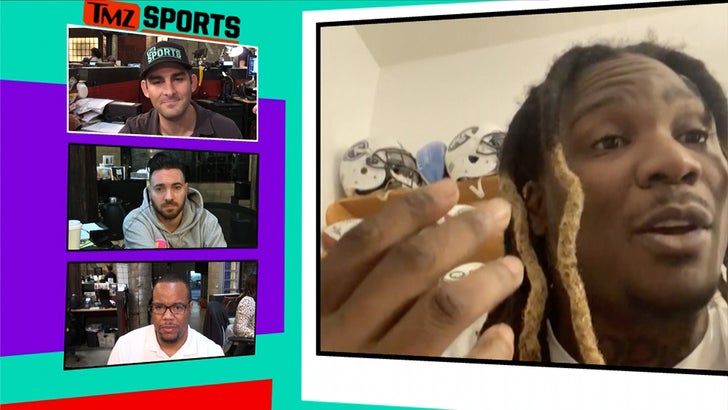 The former Tennessee Titans running back told the guys on “TMZ Sports” (airing weeknights on FS1) he has zero doubts about it too … saying, “Yeah, I beat him right now.”

It’s a WILD statement from the 34-year-old … considering nobody has been able to catch up to Lamar at all this season (the guy has 1,206 rushing yards on just 176 carries).

But, Johnson swears he’s still got wheels … remember, he told us back in March he could still get his 40-yard dash time down to a 4.2!!! 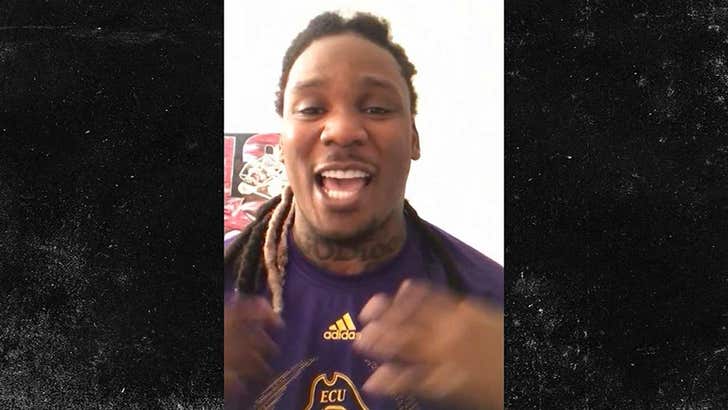 As for Lamar, nobody really knows what he can do in a straight-line race … he famously passed on running the 40 at both the NFL Combine and his Pro Day in 2018 — so maybe CJ2K really does have a shot???

But, Johnson isn’t just confident in HIS abilities vs. Lamar … he told us he’s GUARANTEEING the Titans beat the QB in their playoff game Saturday too!!!

“Mark my word — mark my word now — ’cause I said this before the Patriots game, we’re gonna beat the Ravens.”

The reason? Johnson says the football gods owe him for when the Ravens upset his Titans back in 2008.