CHRISTOPHER STEVENS: C5’s DIY SOS without the SOS is a bit like watching paint dry

They were once the five most feared words in the English language, back in the days when we were allowed to go inside each other’s houses: ‘Have you seen the extension?’

That was the cue for an interminable hour of admiring the polyurethane beams in a conservatory and marvelling at photographs of the hole in the yard when the foundations were being laid.

And the usual jokes: ‘Did you find any bodies under that patio, then? Ho-ho.’ Carpenter Mark Millar from DIY SOS enjoys these matey inspections so much that he’s built an entire series around them. Dream Kitchens And Bathrooms (C5) sees him visiting families around the country to follow the progress of the refurb. 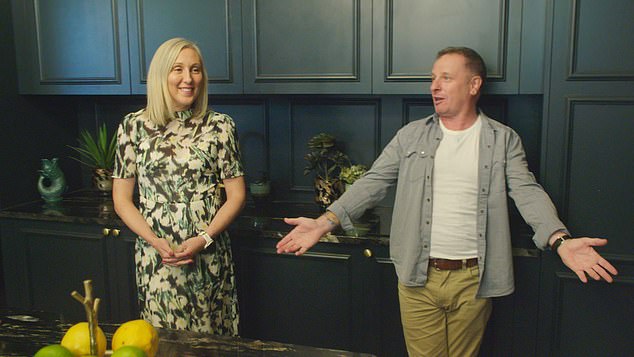 There’s nothing special about the projects. That’s the point. It’s Grand Designs without the grandeur, Amazing Spaces without anything to amaze you . . . or DIY SOS without the emergency.

In Sutton Coldfield, parents Akil and Sam were spending £5,000 to do up the smallest room. They’d bought a sink unit for £25 on eBay and the shelves were made from planks from of a wooden pallet.

The biggest expense was the greenery — Akil wanted to create a rainforest effect with climbing plants that spilled over every surface. He treated himself to a splurge at the garden centre and the effect was quite attractive.

Still, this must qualify as the least ambitious renovation project ever shown on TV. Perhaps it will mark the start of a trend for ultra-low budget shows, even by C5’s standards: Washing The Car With Richard Madeley, or Laurence Llewelyn-Bowen’s Trip To IKEA. 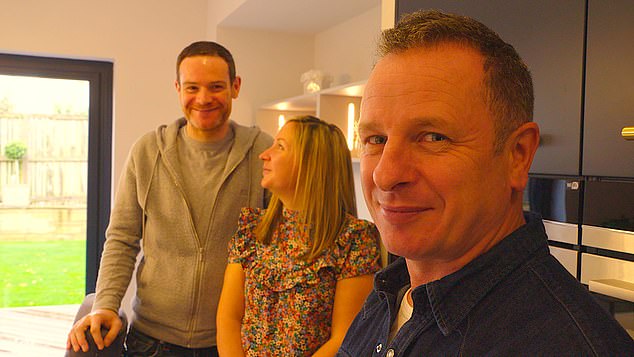 It’s Grand Designs without the grandeur, Amazing Spaces without anything to amaze you . . . or DIY SOS without the emergency

The kitchen makeover was more extensive, though Glasgow homeowner Eddie was so certain of every detail the presenter was left with nothing useful to do. Eddie knew exactly what shade of marble he wanted for the worktop, and how much (to the penny) he was prepared to spend on his coffee maker — a £2,061 machine from Siemens.

Too much coffee will keep you awake, and I definitely wouldn’t sleep if I knew my bean-grinder had cost north of two grand.

All Mark could do was offer suggestions about improving the acoustics in the kitchen. ‘We’ll take the treble out of this room,’ he declared, snapping his fingers, before advising Eddie and wife Michelle to buy a rug. Historian Lisa Eldridge had far more work to cover, in the second part of her entertaining guide to beauty down the ages, Make-Up: A Glamorous History (BBC2). 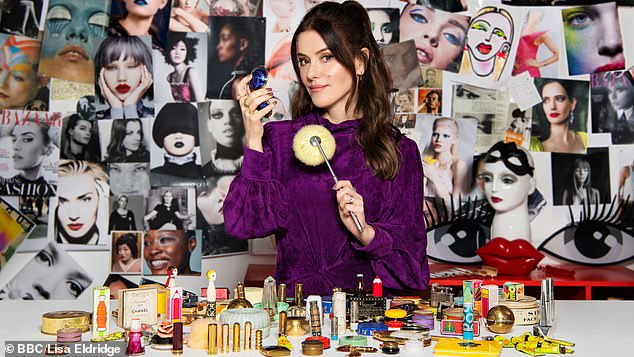 Historian Lisa Eldridge had far more work to cover, in the second part of her entertaining guide to beauty down the ages, Make-Up: A Glamorous History (BBC2)

With a range of lip salves and moisturisers, she demonstrated how 19th-century ladies spent hours enhancing their looks without ever appearing to use paints — which, to the Victorians, were the mark of a fallen woman. ‘A violently rouged woman is one of the most disgusting objects to the eye,’ seethed the author of The English Lady’s Costume, named only as A Lady Of Distinction.

The reason for this prejudice, Lisa suggested, was sordid. Sexually transmitted disease could leave the face pockmarked — and heavy make-up might seem like a disguise for syphilis.

She had fun with ‘sneaky make-up’, such as lipstick made from crushed grapes and red crepe paper used as blusher.

‘It’s a bit like when you’re at school,’ she smiled, ‘wearing something really subtle so your mother can’t see.’

Wisely she steered clear of tuberculosis, thought in those days to impart an attractively blanched skin and flushed lip.

Lisa pointed out a modern equivalent, in so-called ‘heroin chic’ on the 1990s catwalks. What an unexpected angle on history this series supplies.