No matter how brilliant the idea or big the company, a good product crammed into the wrong packaging is bound to fail.

Think of Google, quite literally the people with all the answers: they made themselves look ridiculous with a camera-computer built into a pair of spectacles, the Google Glass.

Like Google Glass, The Family Pile (ITV) is one of those ingenious concepts that is ruined by its format. The cast is great, the characters feel real and likeable — but as a sitcom, the show simply doesn’t work. It’s like putting a search engine in a pair of bifocals.

Amanda Abbington plays Nicole, the oldest of four sisters who inherit their childhood home after the death of their parents. 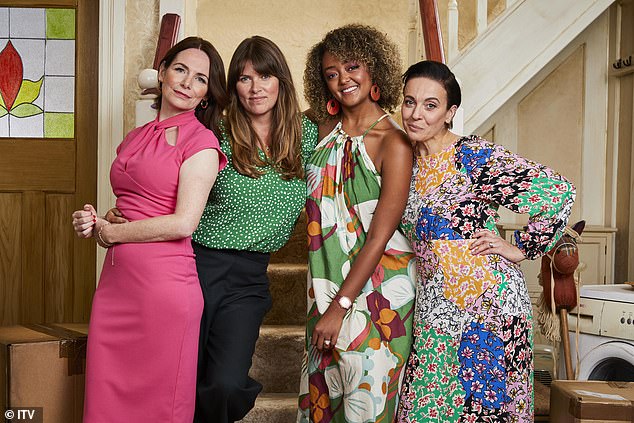 The Family Pile (ITV) is one of those ingenious concepts that is ruined by its format. The cast is great, the characters feel real and likeable — but as a sitcom, the show simply doesn’t work. It’s like putting a search engine in a pair of bifocals

Nicole doesn’t want to be the matriarch, now their mother has gone, but she doesn’t have much choice — the other three are no help to anyone. If they were dwarfs in a Disney fairytale, their names would be Selfish, Feckless and Immature.

Everyone’s scared of Ursula (Claire Keelan), who is so bossy and self-absorbed that she doesn’t even notice her husband is having an affair with Yvette (Clare Calbraith). And though Gaynor (Alexandra Mardell) has a young daughter, she still behaves like a stroppy toddler.

Nicole’s decision to sell the house, despite her sisters’ resistance, and the tangle of secrets they are keeping from each other, ought to make this a superb, multi-layered family drama — the sort of thing Kay Mellor did so well with The Syndicate, or Abi Morgan in The Split.

But writer Brian Dooley’s decision to make this story a six-part comedy in half-hour episodes wrecks it. The jokes feel completely out of place, as though they’ve been added on as afterthoughts.

At best, they aren’t funny; at worst, they interrupt the flow so badly that it’s hard to follow all the different threads. The humour veers from slapstick to sex farce — one minute, Gaynor’s little girl is eating her dinner out of a dog bowl, the next, Nicole is showing buyers round a bedroom where Yvette’s hubbie has been left tied to the bed.

There’s a running gag about a sponsored silence that ends in a predictable outburst of swearing. And everybody’s doing Scouse accents like it’s a Brookside parody.

Woven into all this are more affecting themes, most of all bereavement. ‘Grief hits people in different ways,’ says Yvette, trying to explain why she’s sleeping with her brother-in-law. 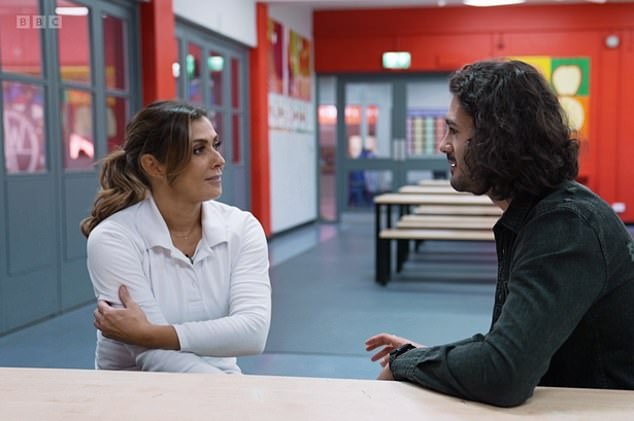 Waterloo Road is overflowing with melodrama, but that’s what we expect from a school soap

Nicole is trying to channel her sense of loss into something practical, by clearing out her parents’ clutter. Gaynor is doing the opposite, pretending that nothing has changed. There’s so much good, dramatic material here. Why it’s shoehorned into a sitcom is anyone’s guess.

Waterloo Road (BBC1) is overflowing with melodrama too, but that’s what we expect from a school soap. Corrie veteran Kym Marsh has it all under control, as beautician-turned-dinner lady Nicky, who is homeless with her two teenagers, after being evicted from the flat over the shop.

Whether shutting a teacher in the kitchen coldroom or wheedling her way round head teacher Mrs Campbell (Angela Griffin), Kym dominates every scene she’s in. There’s the hint of a flirtation, too, with Adam Thomas, as the recently widowed dad Donte.

The show has wisely left behind the Left-wing political playground protests, and returned to basics, with its superheated emotional bust-ups. Teacher Valerie (Shauna Shim) has taken in a stray pupil as her lodger, the head of the basketball team is having panic attacks, and Nicky has called her sister Deb ‘a sour-faced cow’.

Waterloo Road is back to its best.

Quick change of the night: Directors prefer people to keep on the same clothes while they film, for the sake of continuity. Cross-dressing sculptor DNA ignored that rule, on New Lives In The Wild (C5). Hot pants, miniskirt, leggings, a little black dress … he wore something different in almost every shot.