CHRISTOPHER STEVENS reviews last night’s TV: A night at a theme park with three daft comics is no laughing matter

One Night In Alton Towers

I Literally Just Told You

The vertical plunge on the Oblivion roller coaster, where riders hit 70mph as they drop 180ft into a hole in the ground, could turn anyone’s stomach.

But what left me nauseated on One Night In Alton Towers (C4) was the trio of middle-aged comedians pretending to be giddy teenagers.

Roisin Conaty is 42. Alex Brooker and Josh Widdicombe are 37 and 38 respectively. As they set off to the Staffordshire theme park, the voiceover promised us: ‘Three mates, one massive playground, no grown-ups.’ But they are way beyond the age when they can get away with acting like schoolchildren on an end-of-term trip.

To see them cramming handfuls of lurid sweets into their mouths and giggling about sugar rushes was deeply odd. 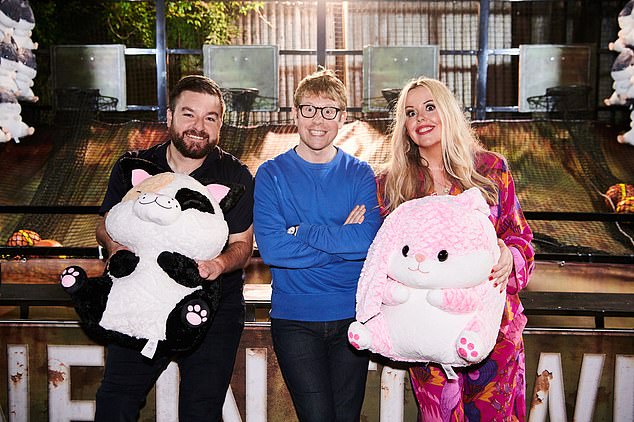 Josh filled a paper beaker with gummy worms and sherbet dabs. ‘Look how much stuff I’ve got!’ he crowed. This man has two children and a degree in linguistics.

Roisin wore a pair of pink pyjamas. She’s older than Lisa Nandy, Labour’s Shadow Secretary for Levelling Up. Alex clambered through the serving hatch of the hot dog van to make a snack. He’s a year older than veteran footballer Cristiano Ronaldo.

Every 30 seconds the comics squealed like over-excited toddlers. At midnight, when the site was deserted, they trundled round the grounds of the gothic stately home in an electric buggy, and made infantile jokes about how scary it was. Given that all three are old enough to have teenagers of their own, they were the only creepy things there.

This isn’t a hopeless format, but it might be fun to let actual young people loose among the rides after dark. Send in a lively bunch who really deserve it — student nurses, or trainee carers, or GCSE pupils whose lessons have been upended by lockdowns.

Jimmy Carr’s quiz game format, I Literally Just Told You (C4), needs some fine-tuning, but it’s far from hopeless. It plays on the gameshow tradition of small-talk between the host and the contestants — and forces players to pay attention to every detail.

Even the introductions became part of the quiz. Jimmy announced each player with some rapid patter, the way TV hosts have since Hughie Green on Double Your Money.

‘Miranda runs the Live And Let Live pub in Northampton and recently started a community podcast,’ he announced. ‘Because what the world needs is: more podcasts.’

Before the chuckle from the socially distanced audience died away, he was onto the next one: ‘Amira is a postie from Watford. I’m amazed she turned up tonight and didn’t just leave a card saying we’d missed her.’ 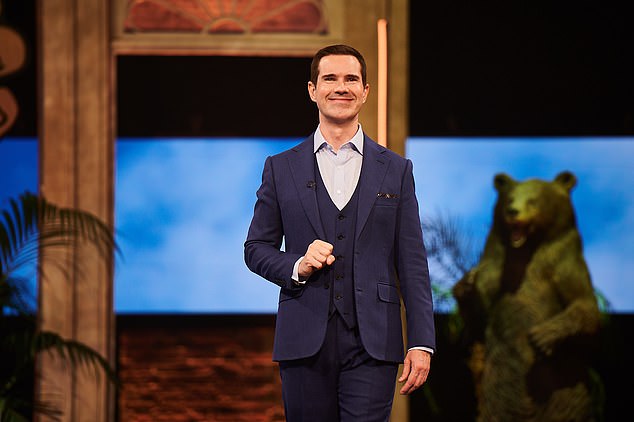 Jimmy Carr’s quiz game format, I Literally Just Told You (C4), needs some fine-tuning, but it’s far from hopeless. It plays on the gameshow tradition of small-talk between the host and the contestants — and forces players to pay attention to every detail

But five minutes later, he was testing their rivals on how closely they’d been listening. What was Miranda’s pub called? Where did Amira do her deliveries?

Even though Jimmy kept reminding us to remember everything, it’s hard to fix the trivia in your mind when the facts are flying so fast.

There were trick questions, too. Photos of celebrities popped up and players had to guess whether they were alive, dead or fictional. Manuel from Fawlty Towers appeared on the screen. Al from Cornwall thought he was dead . . . but he was thinking of the actor, the lovely Andrew Sachs. Manuel is fictional.

It’s a tasteless round, but Jimmy Carr is hardly known for his good taste. Not everything worked. Goodness knows why Eamonn Holmes was in the audience. He piped up just once.

Amira, 24, walked away with the £21,500 prize, which was baffling, given the feebleness of her general knowledge. Answering questions about the Royal Family, she admitted: ‘I’m not sure who Prince Charles is.’ Crikey.