Paxman: Putting Up With Parkinson’s

God in Heaven, life plays cruel tricks. Imagine the reaction 20 years ago of Jeremy Paxman, scourge of all politicians and the rudest man on TV, if you’d asked him to play with a pink balloon for the camera.

This man could roast a junior director alive with the flames of his searing disdain. Yet here he was, on Paxman: Putting Up With Parkinson’s (ITV), not just bouncing a balloon but waving his arms at a ballet class and pouting like a Kardashian.

All these physical therapies are meant to stave off the worst symptoms of a disease that caught him by surprise while he was walking his dog, Derek. One minute he was ambling through the streets near his London home, the next he was regaining consciousness on a bench while concerned passers-by waited with him for an ambulance.

He’d fallen — though he cannot remember how. Though most of us recognise some of the signs of Parkinson’s, or what in Napoleonic times was known as the ‘shaking palsy’, far fewer know much about the disease until it strikes. 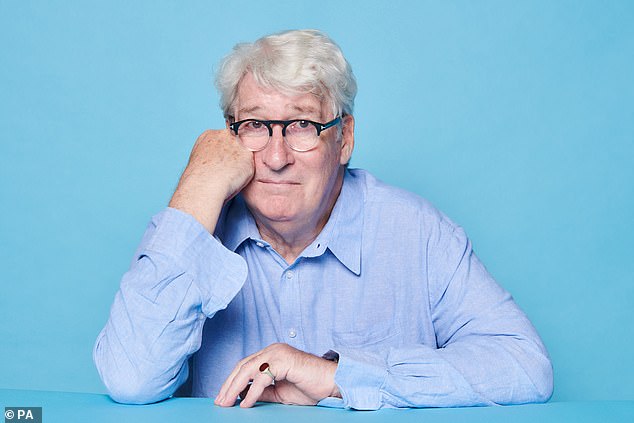 God in Heaven, life plays cruel tricks. Imagine the reaction 20 years ago of Jeremy Paxman, scourge of all politicians and the rudest man on TV, if you’d asked him to play with a pink balloon for the camera

He was frank about how Parkinson’s magnifies his lifelong bouts of depression. ‘I’m beaten and dejected,’ he told his physiotherapist. ‘It is all doom and gloom.’

His determination to be honest about all aspects meant a saddening look behind the scenes of University Challenge, the quiz show he has hosted for 29 years.

He is due to record his last episode on October 15. In the questionmaster’s chair, he is incisive and contumacious as ever.

But to see him shuffling through the studio, gripping an assistant’s arm as he tackled a low step, and being helped with his shirt buttons, is to realise how much he has kept hidden from the public gaze.

University Challenge might have aided his diagnosis. After that fall, he was taken to A&E where a consultant neurologist recognised him and came over. He wasn’t after a selfie. Instead, he said, ‘I think you have Parkinson’s.’

Watching the gameshow, this doctor had noticed Paxman’s face was gradually becoming less expressive. It’s a condition known as Parkinson’s mask and facial exercises — such as pouting like a reality show star — can help, by strengthening and loosening the muscles. 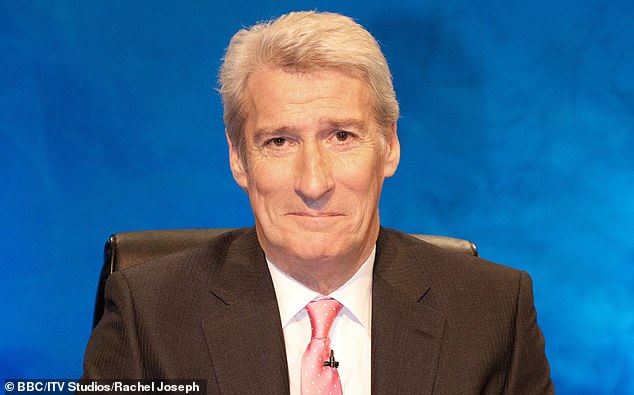 His determination to be honest about all aspects meant a saddening look behind the scenes of University Challenge, the quiz show he has hosted for 29 years

Another quiz stalwart and Parkinson’s sufferer, Paul ‘Sinnerman’ Sinha from The Chase, encouraged him to blow his cheeks out. Paxo complied, with a shrug that said he might as well laugh at himself — though he refuses to admit he ever feels cheerful. ‘Wry amusement’ is as far as he’ll go.

His many friends want to rally round, including the former Tory leader Lord Howard, who ribbed him about that infamous Newsnight encounter where Paxman asked the same thing 12 times.

‘You only asked the question so many times because the next guest hadn’t turned up,’ said Lord H. ‘You only found that out afterwards,’ Paxo snapped back.

Paxman would be merciless to the ingenues and amateurs on Make Me Prime Minister (C4). There’s the seed of a great TV format here but first it has to decide what it’s trying to do: encourage people to get involved at Westminster, or mock the pretensions of show-offs desperate for a dose of TV fame.

Several of the candidates, including this week’s team leaders Kelly and Holly, have real potential as MPs. One was a former beauty queen who cut her teeth in the Scottish youth parliament, the other a pro footballer who used to captain Leicester women’s team.

Both looked electable. But as long as this show is also staging wrestling bouts between twerps dressed as fast food cartons, it isn’t worth taking seriously.

Extra scene of the week: Knotting all his tangled loose ends into a flamboyant bow, writer Steven Moffat deftly set up the next series of Inside Man (BBC1). No spoilers, if you haven’t seen the coda to the closing credits — but what a very clever final twist.