New Lives In The Wild

Struggling to fill its schedules, the Beeb could do a lot worse right now than to ditch the repeats of Mrs Brown’s Boys and ancient episodes of Mock The Week, and run a season of Bollywood movie classics.

Light on plot but full of dazzling colour and surreal dance routines, these films might deliver the dose of winter escapism we all need. And few Brits, unless they have Asian ancestry, have ever watched more than one or two.

The name of Jiah Khan was not widely known either, though the 25-year-old actress was brought up in London. Her breakthrough role, opposite Amitabh Bachchan – India’s answer to Sean Connery – made her a sensation in the Mumbai movie industry, in a version of Lolita, called Nishabd. 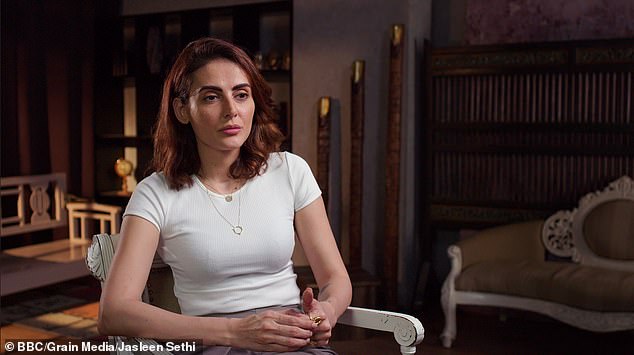 Now, seven years after Jiah was tragically found dead in her own apartment by her mother, the three-part documentary Death In Bollywood (BBC2) is analysing the case in forensic detail.

Concluding tonight, it consists of newsreel and in-depth interviews with those who knew the actress best — cut together so that the inconsistencies and contradictions leap out.

What emerges is a picture of a young woman whose life was controlled by others. Her forceful, domineering mother — also a Bollywood actress — is adamant that her daughter could not have killed herself, and will not rest until the authorities concur.

Her boyfriend, who comes across as an immature wannabe film star, has always denied having any influence on her suicide, but viewers are left with questions when he denies writing a series of apologies to Jiah, claiming they are forgeries.

Jiah was discovered hanged, but bruises on her arms and neck do not appear to match the ligature marks a pathologist might expect to see.

Bubble perm of the night:

Keith Allen’s portrayal of serial killer John Cooper, in The Pembrokeshire Murders (ITV), took centre stage as he was quizzed by detectives. He was almost as creepy as his own hairdo in that Seventies portrait, hanging in his bedroom.

The boyfriend’s father, Aditya Pancholi, argues that the story has attracted so much attention because he is a major star himself.

Surrounded by so many overbearing and charismatic figures, Jiah could easily have been all but erased from her own story.

This account does well to paint a rounded portrait — not a saint or a helpless victim, in the mould of Bollywood heroines, but a deeply anxious woman whose self-confidence was sapped to the point of despair.

There is more detail than most true-crime accounts usually provide, with the sense sometimes that we need to memorise entire dossiers of conflicting testimonies. We haven’t peeled away all the layers yet, though. There’s more to come.

Ben Fogle tried to peel away the layers and uncover the elusive personality of his host, Icelandic farmer Denni, as New Lives In The Wild (C5) returned. This format often gives Ben the chance to conduct some serious psychological interviews. But Denni, a former film-maker who worked in LA for years before retreating to the mountain wilderness of his homeland, was far too guarded to give much away.

He set up his lodge for trekkers, with a museum dedicated to the 19th-century pioneers who farmed this frozen outback, with his wife. But that relationship ‘ran its course’ and Denni now lives alone, though his three daughters do visit.

Ben lacks the steeliness to cut open this sort of character. He’s great when people want to talk, because he’s so likeable. But he isn’t willing to ask difficult questions or make himself unwelcome, so we never learned why Denni needs to isolate himself from humanity.

The hot spring waterfalls looked marvellous, mind you. If you have to be a hermit, Iceland has its advantages.