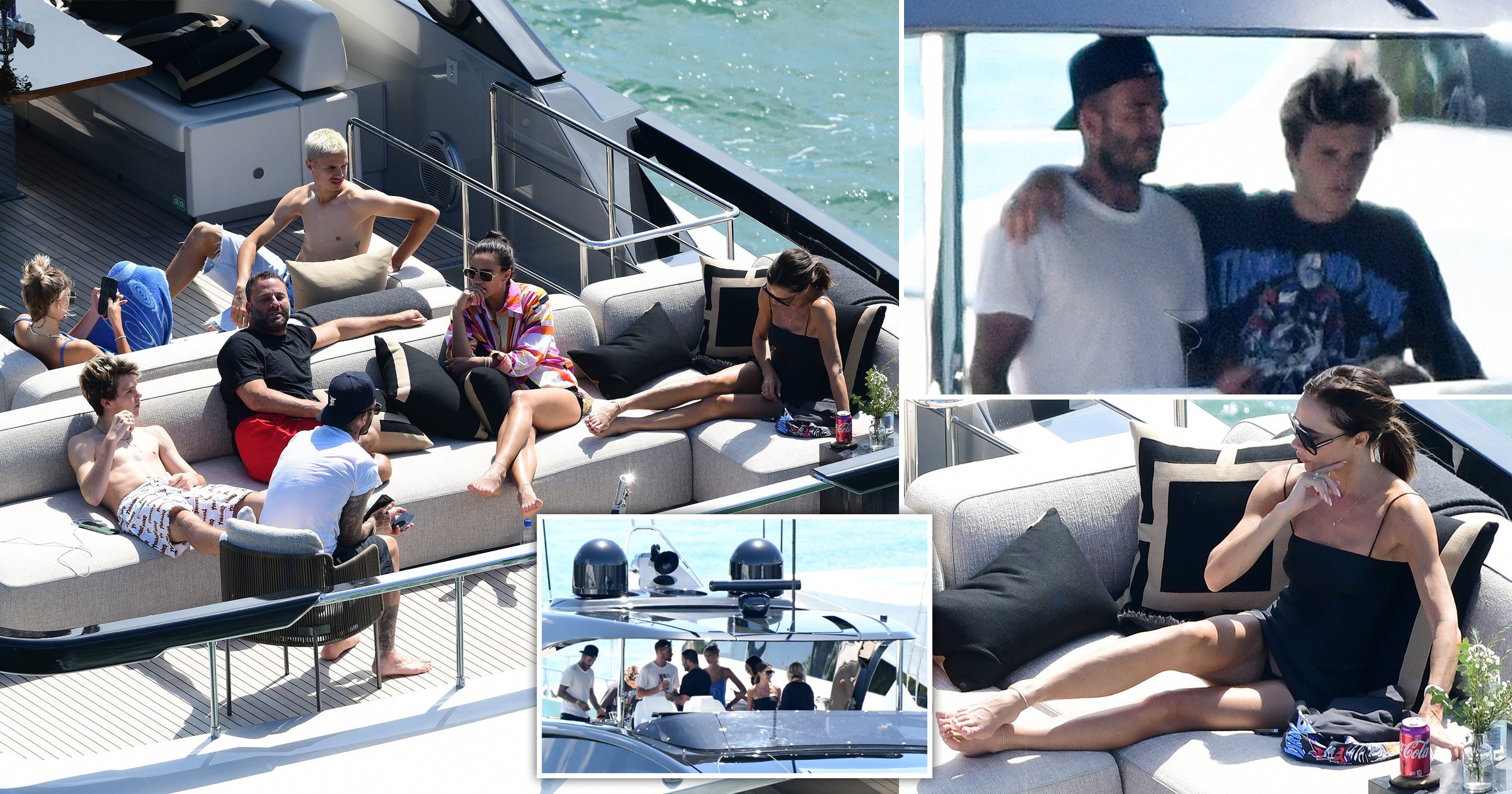 David and Victoria Beckham and their family have been spotted relaxing in the sun on their super yacht, thought to be worth around £5million, after Brooklyn’s wedding to Nicola Peltz.

As the happy couple begin married life, the family is clearly taking some time to recover from all the wedding festivities.

David, Victoria, Brooklyn, and Cruz were spotted soaking in the sun, enjoying drinks, and chatting away on board the yacht.

Mum Victoria, 48, rocked a little black dress and sunnies as she chilled out, while David donned a white T-shirt, shorts, and a backwards cap.

The former footballer, 46, grinned as he enjoyed the day, getting a sweet hug from Cruz, 17, at one point.

Romeo, 19, who acted as a best man at the wedding alongside Cruz, and his girlfriend Mia Regan were also spotted on board.

The stars lounged on sofas in the sun, with some also gathering around tables, adorned with flowers, for a spot of shade.

It’s been a few weeks of major celebration for the Beckhams, after Brooklyn and Nicola tied the knot in a ceremony thought to cost around £3million on her family’s estate in Palm Beach, Florida.

It’s been said a very proud father of the groom David  ‘shed a tear’ as he delivered a speech in honour of his 23-year-old son at the reception.

According to reports, the football legend got ‘choked up’ with emotion as he remembered the day his eldest child was born in 1999, the same year he married Victoria.

He reportedly described his daughter-in-law, 27-year-old Nicola as ‘incredible’, before paying tribute to the actress and adding: ‘We love you so much. We are excited that you’ll be part of the family.’

Nicola has since given fans a glimpse into her married life, sharing a sweet snap of Brooklyn beaming at her.

Football icon husband David posted a sweet tribute to ‘the most amazing wife, mummy & Business woman’, alongside a snap of the couple sharing a smooch on the beach by a bonfire in the evening.

Of course, she celebrated in style, heading to swanky Japanese restaurant Sushi Fly Chicken in Miami and being greeted with a seven-tiered floral-adorned cake.