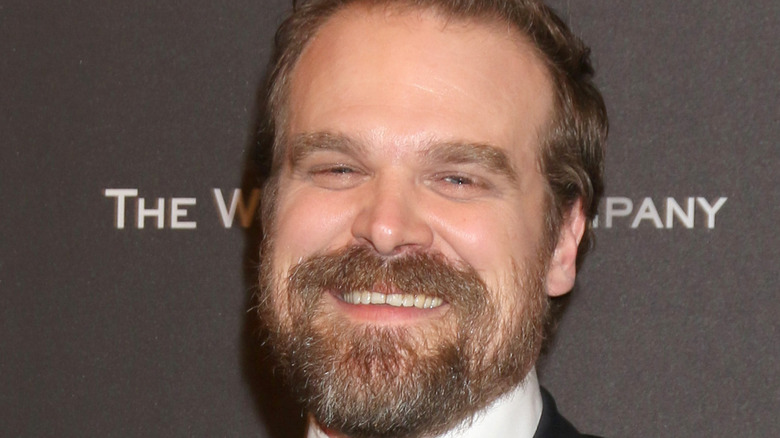 When it comes to class acts in the television and film industry, David Harbour is one of a kind. He’s worked his way up to starring roles — and amassed a nice net worth along the way — and proven that you can create a solid career out of friendship. He’s most known for his friendship with Winona Ryder, especially because of their joint popularity from “Stranger Things,” and he’s also shown care for Millie Bobby Brown, another co-star from the Netflix thriller-drama.

Because of his name and relationships, Harbour pulls a lot of weight in any project that he joins, and this was also the case for Marvel’s “Black Widow,” which finally premiered in July 2021 after several COVID-19 pandemic-related release delays (via ScreenRant). In “Black Widow,” Harbour is Alexei, the Red Guardian — the Russian version of Captain America in that he’s taken a super soldier serum (via USA Today).

Harbour’s character is a father figure in the Scarlett Johansson-portrayed Natasha Romanoff’s life, and he’s ready to break out of prison to see his “daughter” again after many years apart. “He’s stuck in his life and he has tremendous shame, guilt and remorse, but … he’s so invested in his own narcissism that he doesn’t think anything’s wrong,” Harbour told USA Today of his character. He understands his character well, and this is why one important change he made to the film is so good.

David Harbour pushed for more emotional depth in this scene 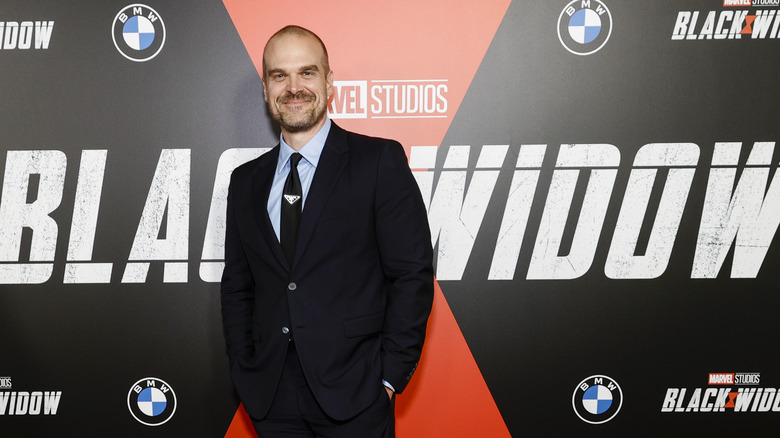 The catch with David Harbour’s “Black Widow” character is that not only does he play daddy to Natasha Romanoff, but also to Florence Pugh’s Yelena, and it’s the latter that finds herself in a really emotional, sentimental scene with Harbour. It was Harbour who also altered the scene to make it even more emotional, and it would go on to really resonate with viewers upon the film’s eventual release.

According to Comicbook, the scene in question is when Yelena has stormed off from the rest of her “family” and sequestered herself in a bedroom, only for Harbour’s Alexei to go find her and talk to her. Originally, after he fails to get through to her, the scene is supposed to end silently, but that’s not the ending viewers saw. “Instead of ending on a silent note, Harbour suggested that they go with the song as an emotional callback to their time in Ohio,” Comicbook explained. The song, of course, is Don McLean’s “American Pie,” which a young Yelena was seen singing along to with her “father” at the beginning of the film.

Harbour’s recommendation to use the song surfaced many emotions in viewers and in Yelena. It brought forth not only nostalgia, but also a sense of hope. “My character is fumbling trying to be a father and in the end he fails. She tells him to get out. In the script, he says something and leaves,” Harbour explained of the scene’s original ending. “I felt, there’s gotta be something a little more profound.”

Harbour’s instincts were right, and as Marvel Cinematic Universe fans, we can’t thank him enough for this moment.