Warning to all of Deontay Wilder‘s future opponents — the dude’s got The Holy One on his side now … ’cause the Bronze Bomber met Pope Francis!!

The WBC heavyweight champ and his fiancee, Telli Swift, hit up the Vatican after visiting a children’s hospital in Rome on Friday — flying all the way across the world to see the Pope — and they got the VIP treatment!!

“What a honor it was to meet the #Pope @franciscus today,” Wilder said of the visit. “He’s truly a remarkable man that represents True Love, Happiness and World Peace for all human race.”

What’s even cooler — Wilder brought a pair of boxing gloves for Francis to sign … and he happily obliged!!

It appears the 2 really hit it off, ’cause Wilder revealed they talked pizza and boxing … and it turns out Francis is a fan!! 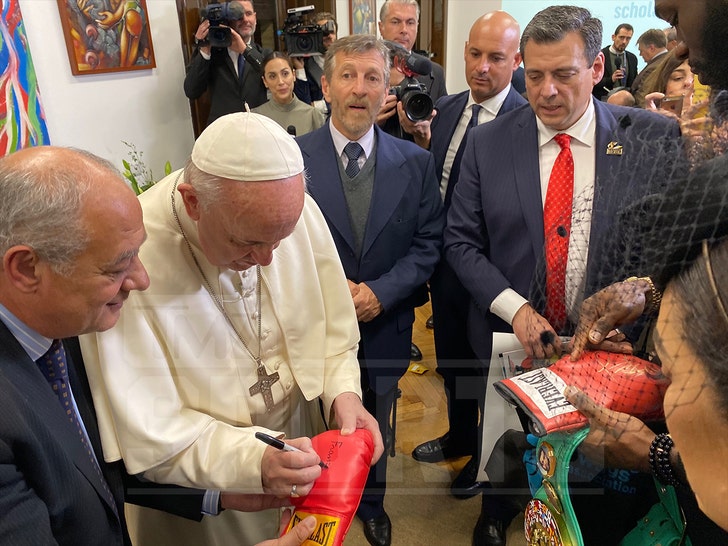 “you know he’s apart of the #BombZquad Family Baby.”

Pope Francis has turned into a bit of a sports fanatic recently … he was also gifted a signed Lamar Jackson jersey last week!!