Riverdale has gotten closer than ever to finally revealing what is really going on with those flash-forwards, and the latest cliffhanger points to two very likely suspects being behind Jughead’s disappearance. Spoiler alert: This post contains spoilers from Riverdale Season 4, Episode 8, "In Treatment." Throughout this season, tiny flashes of the kids’ spring break of senior year have revealed Jughead has mysteriously gone missing and believed to have been murdered by Archie, Betty, and Veronica. Now, viewers know who was behind those startling accusations, and it begs the question: did Bret and Donna kill Jughead on Riverdale? The two Stonewall Prep students have definitely been super suspicious, and the latest twist only implicates them more.

The bulk of Dec. 4’s new episode centered on Riverdale High’s guidance counselor Mrs. Burble doling out some much-needed words of wisdom. Her sessions encouraged a reconciliation between Betty and her mother, Veronica to stand up to her father, Cheryl to stop obsessing over ghost stories, and Archie to give up his vigilante ways (although that one didn’t seem to stick). But her most complex conversation was with Jughead, who was still single-mindedly focused on vindicating his grandfather by exposing the fact that Forsythe Jones I was the true author of the original Baxter Brothers novel. Mrs. Burble advised Jughead to turn his attention to his schoolwork instead, but then also pushed him to seriously investigate the case if he really could not give up on it.

Jughead chose to take that second piece of advice, and found out that all former members of Stonewall’s secret society Quill and Skull had died in alleged accidents… except for Mr. DuPont and Jughead’s grandpa. Before viewers got any more details on that development, Riverdale delivered yet another flash-forward. This time, Archie, Betty, and Veronica were lined up in the sheriff’s office, and Bret Weston Wallace and Donna Sweett told F.P that they saw the three kill Jughead. 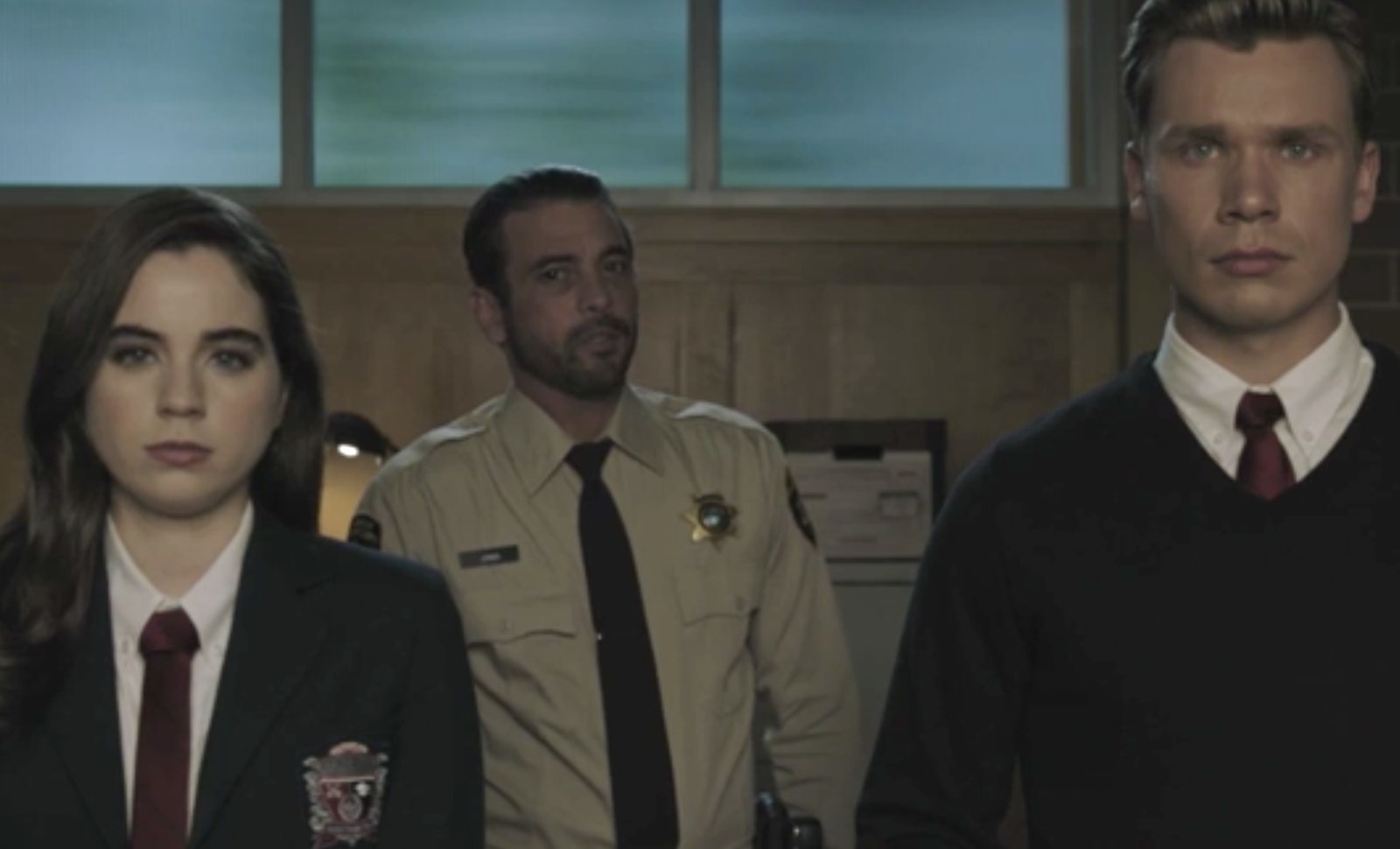 All of the flash-forwards have heavily suggested that Archie, Betty, and Veronica killed Jughead, but that definitely does not make sense to the show’s fandom. I mean, they are Jughead’s best friends. What would make sense is for Bret and Donna to be behind Jughead’s disappearance, and the fact that they accused Archie, Betty, and Veronica of the crime seems to be the perfect way for them to throw off the investigation.

Bret and Donna are already super suspicious. The two seemed to be behind Moose being transferred out of Stonewall, and they also really seem like they had something to do with Mr. Chipping’s suicide. Bret, in particular, has made no secret of his hatred for Jughead, and Betty discovered that Donna had a Quill and Skull pin in her room (although she claimed it was Chipping’s). This new flash-forward really just confirmed that they are the prime suspects in Jughead’s disappearance, alongside the super-shady Mr. DuPont, who is likely working with Bret and Donna.

Jughead’s grandpa will finally be introduced in the next new episode, and since he’s at the center of this whole mystery, fans should definitely expect to get some real answers very soon. Until then, the big Jughead mystery is still unsolved. Riverdale airs Wednesday nights at 8 p.m. ET on The CW.