The royal family was reportedly up in arms after Prince Harry and Meghan Markle’s explosive interview with Oprah Winfrey in March, but it seems like Sarah Ferguson feels the opposite about the couple.

Prince William wasn’t exactly jumping for joy after the interview and didn’t have much to say to his brother afterwards, according to Us Weekly. The brothers reportedly only spoke about their late mother Princess Diana’s statue, which was unveiled on July 1. “The conversation Harry and William had after the big interview didn’t end well. And yes, they agreed over the statue, but communication between them was sparse and over email and WhatsApp,” per the outlet. Prince Charles did not comment directly on the Oprah interview, but he is “deeply hurt” by Harry’s “truth bombs,” according to the Daily Mail. Charles and Harry’s relationship is apparently at its “lowest point ever,” which makes things even more complicated.

Despite the boiling tensions in the royal family, is Ferguson really behind Harry and Meghan? Keep reading for more details.

Sarah Ferguson is totally behind Prince Harry and Meghan Markle 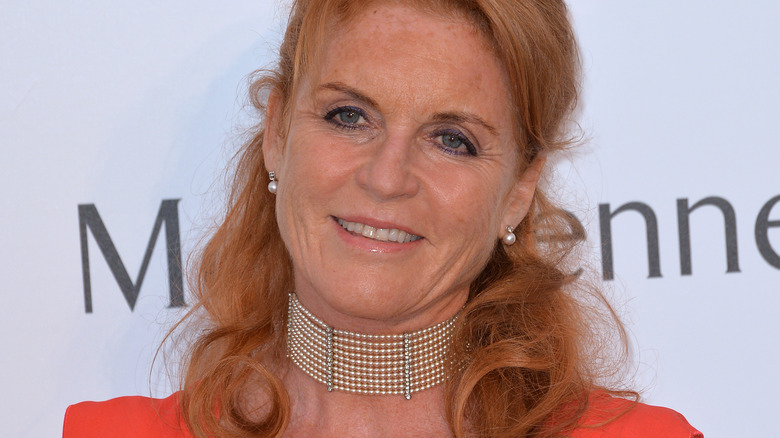 Prince Harry and Meghan Markle do not have an enemy in Sarah Ferguson, according to The Telegraph. Ferguson said Oprah Winfrey “helped her greatly” when she sat down with her for interviews, as she said, “I’m a great supporter of Oprah and everything that she does… I wouldn’t presume to give advice to Harry and Meghan except to say to be happy.”

It’s impossible to forget what Meghan revealed when she spoke to Oprah — her claims that Kate Middleton made her cry, rumored discussions over Archie’s skin color, and saying she was “silenced” during her time as a royal. Ferguson noted some similarities between her and the couple as she stated, “I did have to make my own way in the world when I left the family, and it is not always easy.”

Ferguson appeared on “The Oprah Winfrey Show” a few times and did not hold back on the realities of royal life: “It’s not a fairytale, it’s real life in there — they [the royals] think it’s real life in there” (via the Daily Mail). When Oprah once hinted that members of the royal family had to “ultimately lose yourself” to “play the game,” Ferguson had a coy reply: “You get out there and you play by the rules.” It seems like Ferguson only wants the best for Harry and Meghan.