DJ Pete Zorba dead aged 45: Tributes pour in for house music legend as he passes away after suffering brain tumour for four years

UK House music legend DJ Pete Zorba has died at the age of 45, four years after he was told he had months to live following a brain tumour diagnosis.

The star, who hailed from Sale, Greater Manchester, died peacefully on Thursday  and is survived by wife Melanie and children Elbie Rae, five, and son Billy-Fox, one. 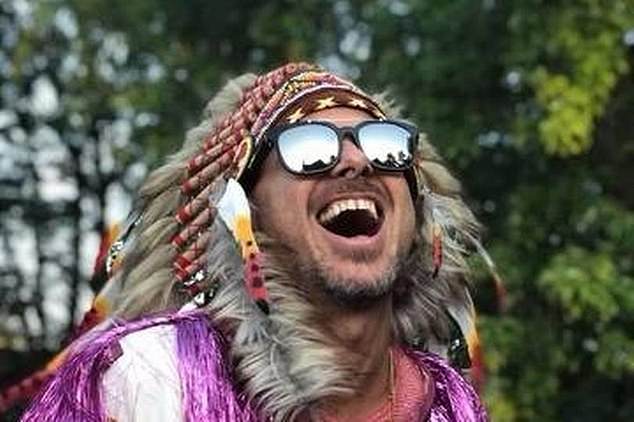 DJ Pete Zorba dead aged 45: Tributes have poured in for the house music legend as he passes away after suffering from a brain tumour for four years

Since his diagnosis, Pete underwent four brain surgeries and Melanie said he refused to ever let his health get in the way of his enjoyment of life.

She told The Sun: ‘He had the most amazing four years, he lived life every day to the fullest.

‘Throughout the whole time he was so positive, this was never an option for him. He had such determination.’ 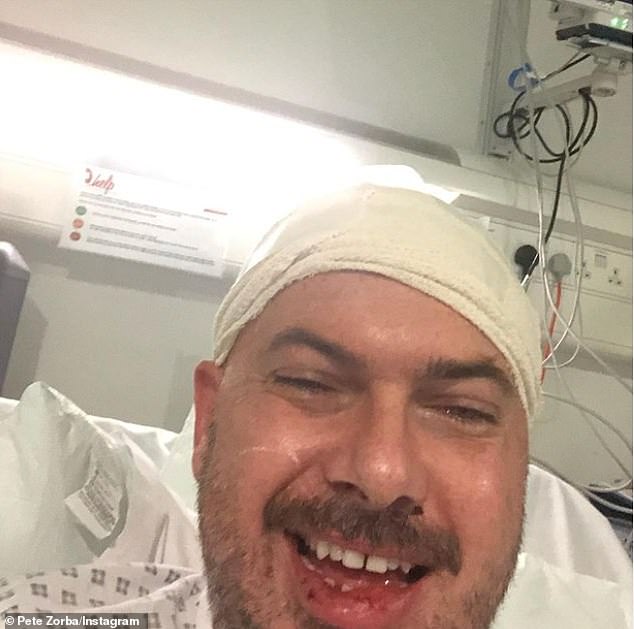 Always smiling: Pete shared this post from his hospital bed after undergoing his fourth brain surgery back in mid-January

Love conquers all: His surgery was just six weeks ago and Pete had written a positive message afterwards

Melanie called Billy-Fox their ‘miracle’ baby because they had a window of just a few days to conceive him in-between Pete’s chemotherapy treatments.

She said she was thankful that Pete was able to see many of his son’s early milestones, and celebrate his first birthday with him just days before he died.

The much-loved star was also an award-winning hairdresser.

Back in January, Pete shared a happy picture from his hospital bed after another surgery and wrote: ‘Only gone and done it again haven’t we? Thankyou all for the good vibes. LOVE CONQUERS ALL.’ 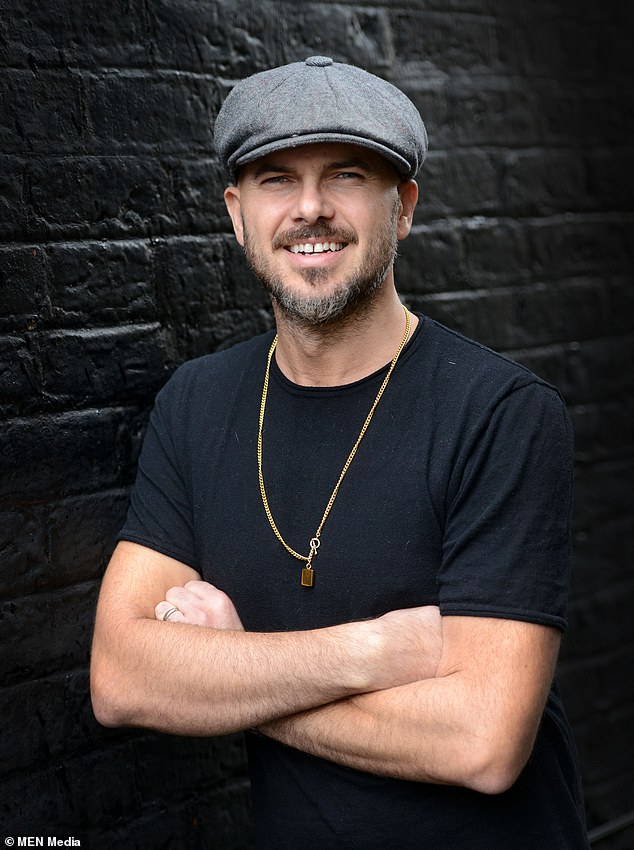 Sad: The star, who hailed from Sale, Greater Manchester, died peacefully on Thursday February 25, and is survived by his wife Melanie and children Elbie Rae, five, and son Billy-Fox, one 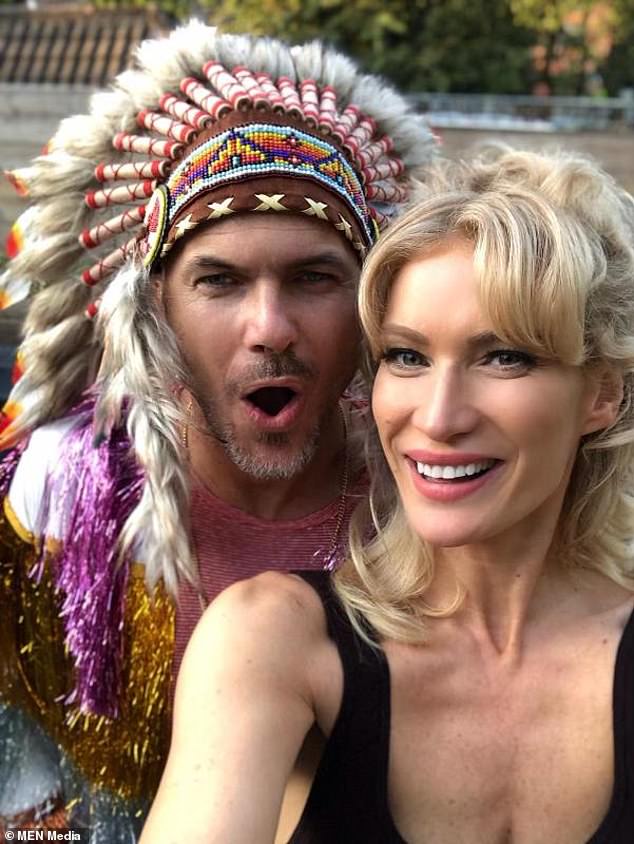 Love: Pete pictured with his beloved wife Melanie who said: ‘He had the most amazing four years, he lived life every day to the fullest’

He wrote just six weeks ago: ‘What a year this week has been. My shunt surgery was cancelled yesterday due to my MRI scan results. 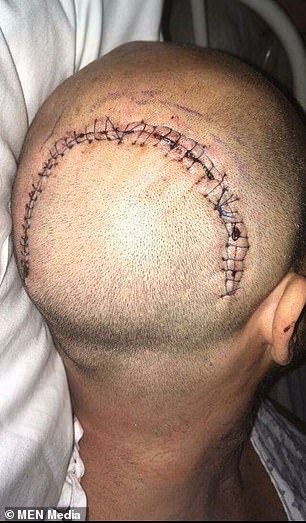 Brave: Pete after one of his four brain surgeries

‘Within a month this mass has got so out of control that surgery no 4 is our only option now. If we leave it any longer then I wouldn’t even be a candidate for surgery. So Wednesday it is…

‘There is an upside though…experimental treatments and trials that were not available to me before are now within my grasp. One treatment especially is giving me so much hope…this could be the game changer.’

It read: ‘Today is the day…please send all your healing love to Peter. ❤️ Here’s what I’m thinking

‘As it dawns on me what we’re facing head on. I sit and I think about us a lot. I remember one of the first things I noticed about you was how skilled and masterful your hands were…DJing…cutting hair…driving or even just the way you changed a bin bag. Hands that did everything with so much love.

‘I watch you now struggle putting your clothes on and getting upset about your laces. The stairs have become an assault course and walking takes all your concentration �� I’m watching our baby boy take his first steps and getting stronger and stronger everyday but it’s you that I’m scared if they fall. 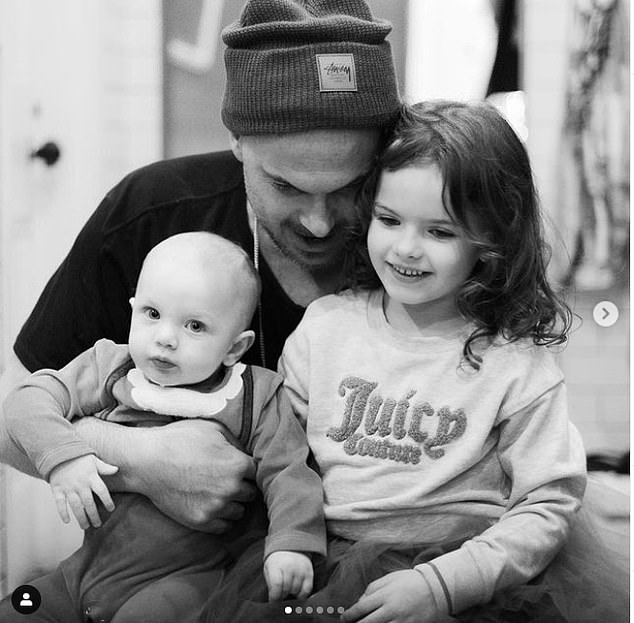 Family man: Melanie had previously shared this lovely picture of Pete with his children as she hoped for better news to come

‘I see Elbie caring for you with a heart of pure love. Cancer is all she’s ever known …scans, results and operations. Conversations not made for a 5 year old …she will walk away and put her fingers in her ears as she can’t bare to listen to it any more. Daddy will be back on Friday and then we will heal him ❤️

‘I wonder if this extension will be ready in time for you. We’ve been putting it off for years but you living downstairs seems to be a reality now.

‘On a brighter note…no one asks you for hair cuts anymore. I wonder if we will ever be behind a DJ booth again with me watching you do your thing.

‘I worry that you may lose your vision and arguing over the colour of paint will be something we will never do again. 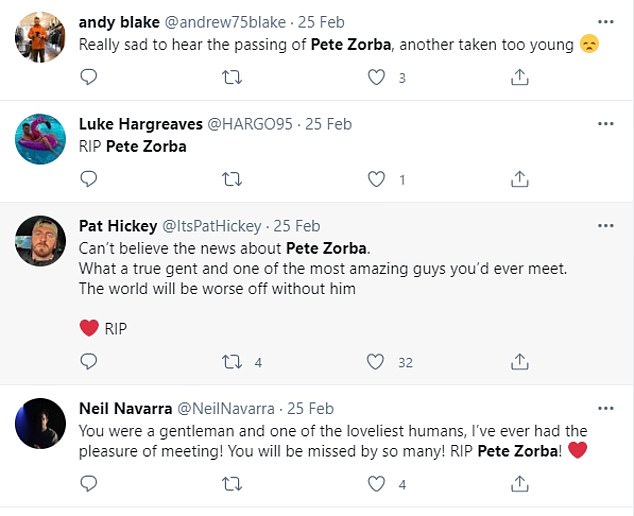 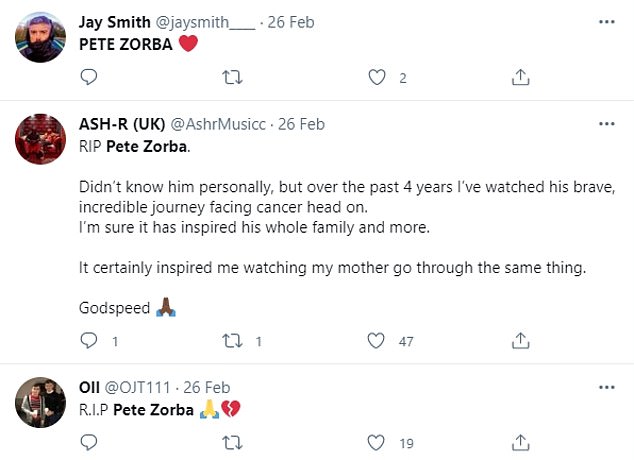 RIP: Tributes poured in for the much-loved gent after fans learned of the sad news

‘I need to stop thinking and I need you out of this operation with a strong life force and then the miracles can happen. If we all had 1 wish…it would be to make you better.

‘This will be the most operations carried out by any of our surgeons on anybody! Keep showing us that you are worthy of miracles because we all really deserve one. We love you Peter ❤️.’

Tributes rolled in for the star from fans who wrote about what Pete meant to them.

‘Absolutley devastated to hear about Pete Zorba passing away. A superman, who lived life to the full for 5 years when he was told he only had months to live

‘Known him From my early days with @KalukiMusik crew over ten years ago, just a really REALLY AMAZING person. Rest well man.’

‘Pete Zorba’s passing is so sad. Didn’t know him personally but been following his story and what a guy. Loved by many.’ 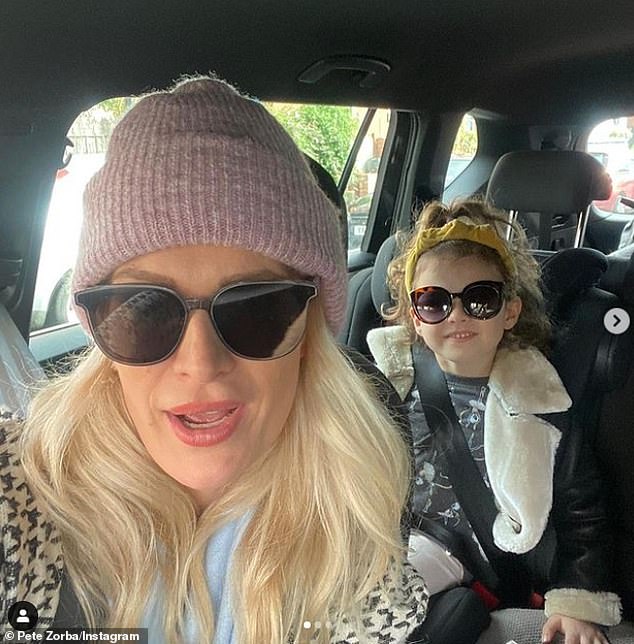 Loves of his life: Pete loved to share pictures of his family who he clearly loved so much