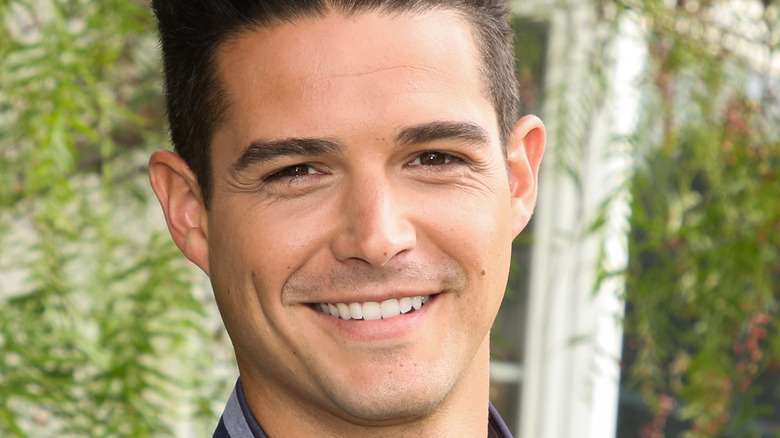 “Bachelor Nation” will never be the same now that longtime host Chris Harrison is no longer affiliated with the franchise. Of course, it wasn’t a good look at all when the 49-year-old publicly supported Matt James’ final rose pick Rachael Kirkconnell after racially insensitive posts from her past resurfaced. Many fans and former contestants were deeply offended by Harrison’s interview with “Bachelorette” Rachel Lindsay, during which he said about Kirkconnell, “We all need to have a little grace, a little understanding, a little compassion” (via The Sun). And it’s clearly a good time for the ABC love show to find a new host.

Of course now, we are left wondering who that will be, with Katie Thurston’s season of “The Bachelorette” being co-hosted by Tayshia Adams and Kaitlyn Bristowe. Meanwhile, NBC News reports “Bachelor in Paradise” will feature celebrity guest hosts like David Spade and Lil Jon.

One name that has been floated as a possible replacement for Harrison is Wells Adams, the affable bartender and patient advice giver from “Bachelor in Paradise.” But does he even want the gig?

Wells Adams is conflicted about hosting 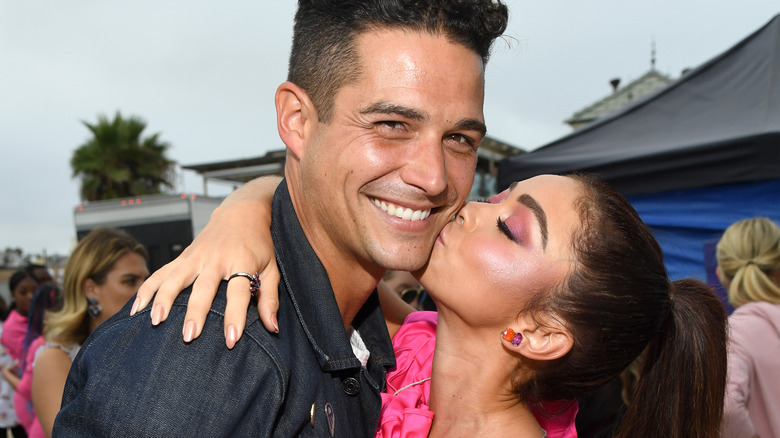 As Adams shared in a new interview with ET, he actually has a lot of thoughts about replacing Harrison. “Those are really large shoes to fill,” the reality star, who is engaged to actress Sarah Hyland, said, adding, “I want to be a part of the franchise in whatever aspect that they want me to be involved, to be honest with you.”

Adams then admitted, “I love being the bartender. The host role is the one that is a little bit separated from the cast, if you’re really looking at it objectively.” He added, “[With] the bartender role, I’m entrenched with everyone. I’m kind of a part of the landscape, so my relationship with them is a very strong one. Whereas the host role has got to be a little bit step back and a little bit more objective, I suppose.”

So, what’s the bottom line about whether the 37-year-old is up for the big job? Adams noted in the ET interview that he is not in talks about stepping into the role, but that ultimately, he’d be open to it.