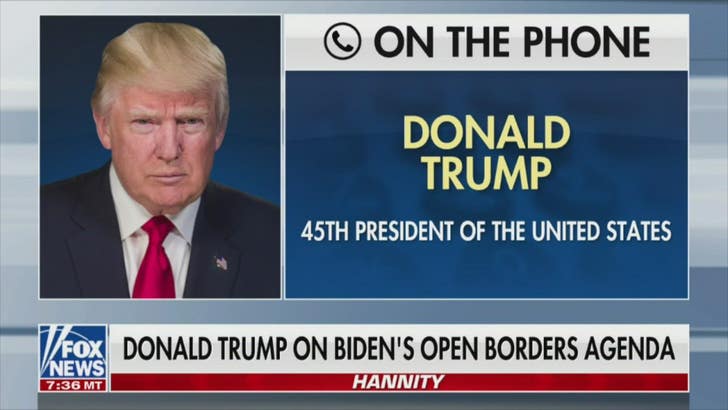 Donald Trump ramped up his anti-immigration rhetoric on TV Thursday night … telling Sean Hannity the thousands of Haitian migrants believed to be heading to America’s border likely have AIDS.

The ex-President did his best DaBaby impression by spewing out ignorant claims about the disease, suggesting on “Hannity” that because Haiti has a “tremendous AIDS problem” … accepting people from there is “like a death wish for our country.”

What Trump’s comments ignore, however, is that while there may be a large number of people living with HIV/AIDs in Haiti … it’s impossible to know if those trying to flee the country are afflicted.

Likewise, even if migrants with AIDS are admitted to the U.S. … it does not equate to a “death wish.”

Later in his chat with Hannity, Trump also alleged other countries are “emptying out their prisons into the United States.”

President Biden‘s not exactly hitting high marks with the public on his handling of immigration — especially after last month’s controversy with how border agents treated Haitian migrants — so perhaps this is Trump’s early campaign strategy … facts be damned.