Spending time on a farm during quarantine helped Dua Lipa and Anwar Hadid to forge an even stronger relationship. The singer gushed about her beau of a year and a half in a new interview.

The most enviable quarantine location in the spring of 2020 had to be Yolanda Hadid‘s Pennsylvania farm. Pop star Dua Lipa  spent the tranquil time there with boyfriend, Yolanda’s son and model Anwar Hadid, 21, as well as his supermodel sisters Gigi, 25, and Bella, 24. The “New Rules” singer says that their relaxing stay among nature and animals made her feel so close to Anwar and his family. “I’m very comfortable in the relationship, more so than any others,” she tells Rolling Stone in a new cover story about her time with Anwar and his family during their farm quarantine.

Dua described a typical day on the idyllic property, which was a far cry from her nonstop work traveling the world as a singer. “Wake up around 9:00, 9:30, shower, get dressed, have a bit of breakfast, take the dog out on a really nice long walk, maybe do some yoga, make some lunch, hang out, watch a movie, play with the animals,” she revealed about their daily rituals. She even learned how to make banana jerky with Anwar. 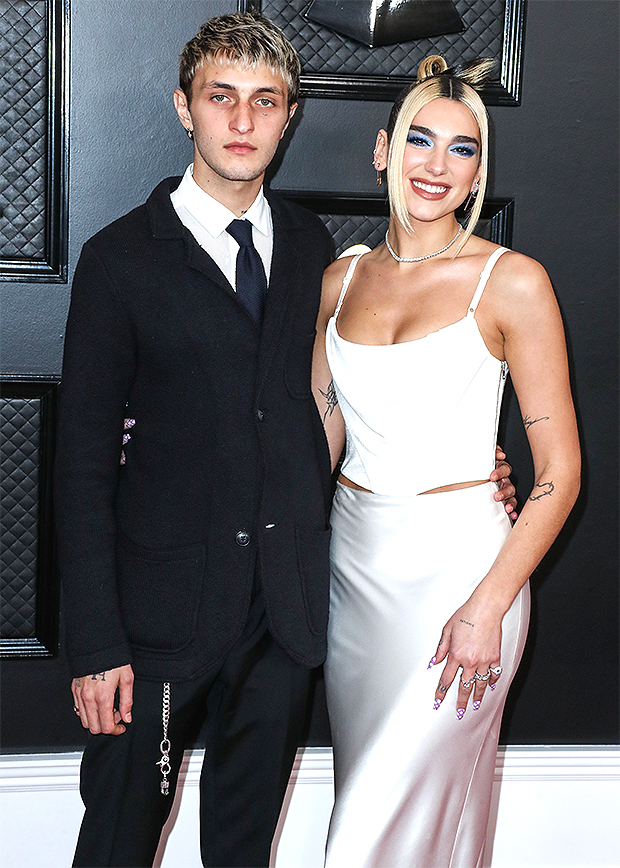 The animals she played with included cows and goats, and Dua even learned how to ride a horse, as Anwar’s sisters Gigi and Bella are talented equestrians. “I can do it gently; I’m not good,” she said of her riding skills. The singer revealed that she became such a lover of the farm animals that she gave Anwar two pygmy goats for Christmas named Funky and Bam-Bam. She says they make great pets, explaining “You can take them inside,” and “They love a cuddle.”

Dua’s past loves include model-turned-chef Isaac Carew, who she dated for five years, even taking him to the 2019 Met Gala. But their relationship ended shortly after that, and by July 6, 2019, she and Anwar were spotted making out at the British Summer Time Hyde Park music festival in London. 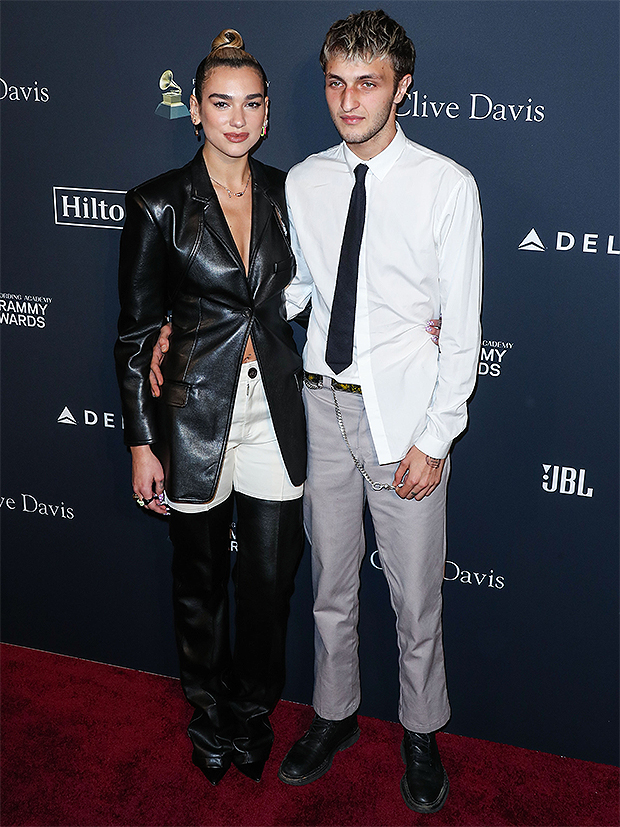 Lipa quickly proved to be part of the Hadid family when just two months later,  Dua was by Anwar’s side — along with his fashionable sisters — when they attended the Sept. 5 2019 funeral of Anwar’s grandmother in the Netherlands. The very next day, the couple made their first public appearance together, attending the Marc Jacobs Spring 2020 show together at New York Fashion Week. The pair celebrated their one year anniversary on June 14, 2020, and Dua marked the occasion by sharing a series of photos to her Instagram of the couple, writing in the caption, “nothing sweeter than 365 days joint at the hip with you.”

With her blissful love life, Dua worried about what it might to do her songwriting skills. She said she was in more pain when putting together her self-titled 2017 debut album. “When I was creating the first album, a lot of what was going on in my life was about heartbreak,” she tells the publication. “This time around, I was feeling so happy and things were going so well, I was like, ‘OK, I need to be able to portray this feeling in a way that doesn’t feel cheesy to me.’”

She ended up putting together a collection of pop bangers on Future Nostalgia that helped get everyone through the spring quarantine, as the album dropped on March 27, 2020 just as home lockdowns were being ordered nationwide. “I don’t know why I thought that when you’re a pop artist and you make a happy song, then all of a sudden it’s just not cool,” she explains. “I kind of just had to let that go.”