Eddie Van Halen, the co-founder of Van Halen, is reported to have died at St. Johns Hospital in Santa Monica Tuesday with his wife Janie by his side. His heartbroken son Wolf announced the news of his father’s death on Twitter this evening.

He wrote: “I can’t believe I’m having to write this, but my father, Edward Lodewijk Van Halen, has lost his long and arduous battle with cancer this morning.

“He was the best father I could ever ask for.

“Every moment I’ve shared with him on and off stage was a gift. My heart is broken and I don’t think I’ll ever fully recover from this loss. 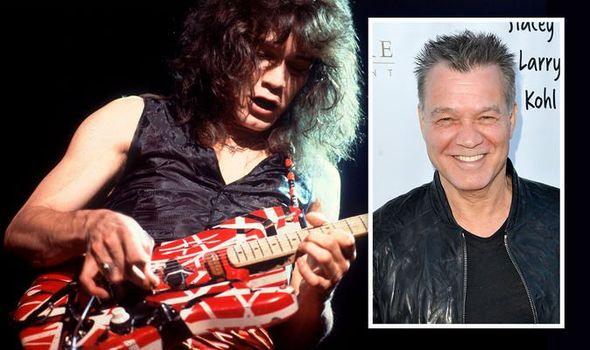 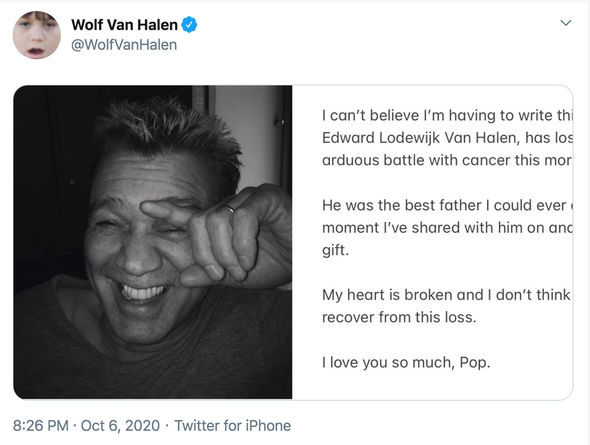 In a discussion about the pair doing music together again, he told Las Vegas-Review Journal: “Ed’s not doing well, and singing and dancing is a perishable skill.”

The late guitarist is said to have battled several issues with his health throughout his career.

In 1999, he had a hip replacement, followed by a tongue cancer diagnosis in the early 2000s.