Ellen DeGeneres has come under fire recently after employees complained that the US TV host had created a “toxic” work environment and branded her a “bully”. The star, 62, has been defended by a number of A-list celebrities since the allegations came to light, while an internal investigation is carried out. It was speculated that BBC ‘Gavin and Stacey’ star James Corden, 41, may take over her slot and had been tipped to replace her in the long term. Unearthed clips from ‘The Ellen DeGeneres Show’, which aired on ITV2 in the UK, reveal the unusual relationship between staff and the star.

DeGeneres launched a segment of the programme where she would typically show photographs from her audience’s Facebook profiles – but this time there was a twist.

Instead of playfully mocking her in-studio viewers with comments about the images, she turned her sharp tongue to staff members.

First she launched a cheeky attack on her audience producer Claudia in August 2013 and started by asking her: “How are you doing?”

The employee squirmed in her ‘Ellen’ emblazoned hoodie and claimed to be “good” before she revealed: “Now I’m mortified.”

DeGeneres beamed as she continued: “Here is a picture Claudia posted, I’m just curious about what’s going on right here?”

On screen, the staff member was shown smiling at the camera as she held a pair of small pink and white polkadot underwear in front of her. 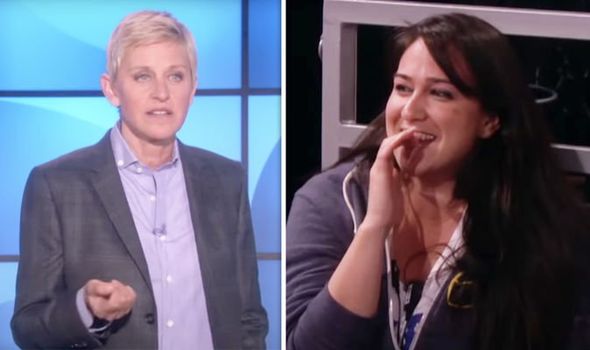 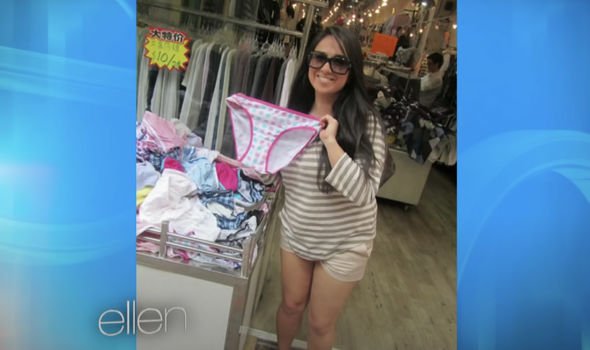 In a quickfire flood of questions, she yelled: “Do we not pay you enough? Why aren’t you buying ‘Ellen’ underwear?  What are you doing going to Chinatown? What are those underwear for?”

A flushed Claudia tried to justify the photograph before she was interrupted: “Those were 10 Cents (the equivalent of seven pence) in Hong Kong, we were just showing…”

DeGeneres continued to jest: “No I can see how much, I can see the price right there! So, no matter what it looks like you’ll buy it if it’s 10 Cents. Is that what you’re about?”

The staff member awkwardly laughed as she shook her head before the star probed: “Do you have those on now?” 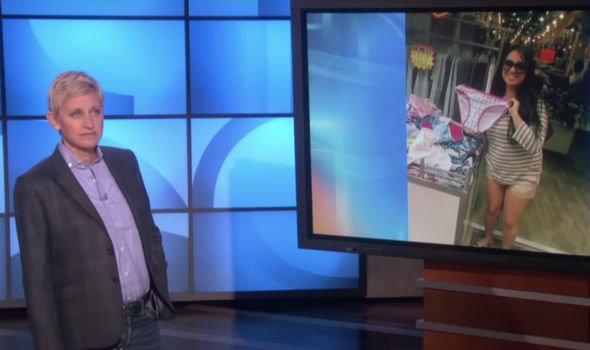 Claudia adamantly stated “No, I do not”, before in an uncomfortable moment DeGeneres fired back: “Prove it!”

The host continued to lambast other crew members, including one who she jokingly accused of being “drunk all the time” and made an X-rated remark about him holding bowling balls by his crotch.

She embarrassed another staff member for having “passed out” in her car after an TV awards ceremony and another for a photograph with a man believed to be a stripper.

DeGeneres ended the segment: “I want to thank my staff for posting those pictures. Usually when I show photos of my audience they get iPads but all of my staff you’re meeting with human resources!”