Drew Barrymore became a trending topic on Twitter on Sunday, June 7, after a fan suggested that Adam Sandler and Jennifer Aniston made a better movie couple. 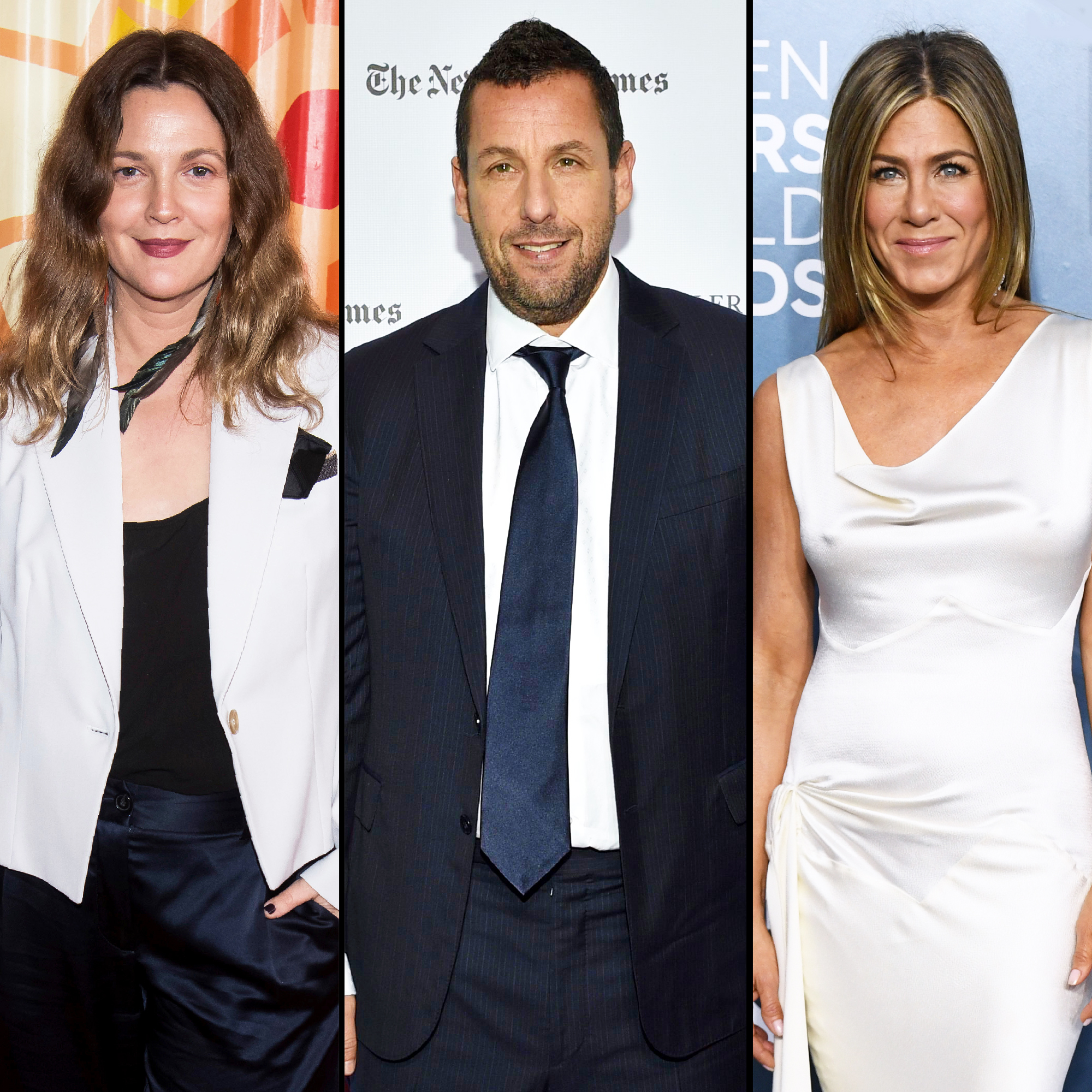 “Wait is Drew Barrymore trending because someone said that Adam Sandler and Jennifer Aniston are a better duo???? THE AUDACITY. This pair is OG and cute AF,” a fan wrote.

“Adam Sandler did not do 50 First Dates to be disrespected like this,” another shot back, while someone else insisted that “they just go together like peas and carrots.”

“Adam Sandler is best with drew barrymore everyone knows this,” another fan wrote.

“I’m so glad that Drew Barrymore isn’t trending for the myriad of reasons I could have imagined she was trending,” another tweeted.

The former Saturday Night Live star, 53, was first teamed with Barrymore, 45, in 1998’s The Wedding Singer. They reunited in 2004 for 50 First Dates and a decade later costarred in Blended.

Sandler and Aniston, 51, costarred in 2011’s Just Go With It before reteaming last year for Netflix’s Murder Mystery.

The pair revealed on Jimmy Kimmel Live! in June 2019 that they have been friends for a very long time, meeting at Jerry’s Deli in Studio City, California, before they became famous. The Friends alum gave Sandler a shout-out at the SAG awards in January after she won for The Morning Show but he missed out on an Oscar nomination for his performance in Uncut Gems.

“Adam Sandler, your performance was extraordinary and your magic is real, buddy, I love you,” Aniston said.

That same month, Barrymore and Sandler got emotional about their tight bond when she presented him with the Best Actor honor at the National Board of Review Annual Awards Gala.

“I love this man so much, and I have always believed in him,” she told the crowd. “This moment, honestly, couldn’t be more deserved. I know that everyone is rooting for you because you have earned everyone’s respect. You deserve the best, you give the best and you are the best. I love you very much.”

Sandler embraced his pal when he took the stage, telling her, “Drew, that was amazing. You were just saying all of that stuff and it was amazing. You just winged it, and I know you thought about it, but you were so cool.” Choking up, he added, “I’m glad we met, and I’m glad we did it all and we always make our movies together.”

In 2018, Barrymore said she hopes to work with Sandler again, revealing on Watch What Happens Live with Andy Cohen that they “text all the time” about their “next thing,” joking that they’re “so fat and so old.”

“Like, literally, the last thing I suggested to him was, like, On Golden Pond,” she said before adding she’d like to reboot, “Planes, Trains and Automobiles with me and Adam on Netflix.”