The actress stunned at the premiere of the new Netflix movie, which she attended alongside the film’s stars like Jennifer Lawrence.

Talk about hitting the red carpet in style! Florence Pugh was gorgeous at the premiere of Don’t Look Up at New York City’s Lincoln Center on Sunday December 5. The 25-year-old actress rocked a black outfit that perfectly matched her new short, dark brown hair cut, which she debuted in a first look for her new Netflix thriller The Wonder. 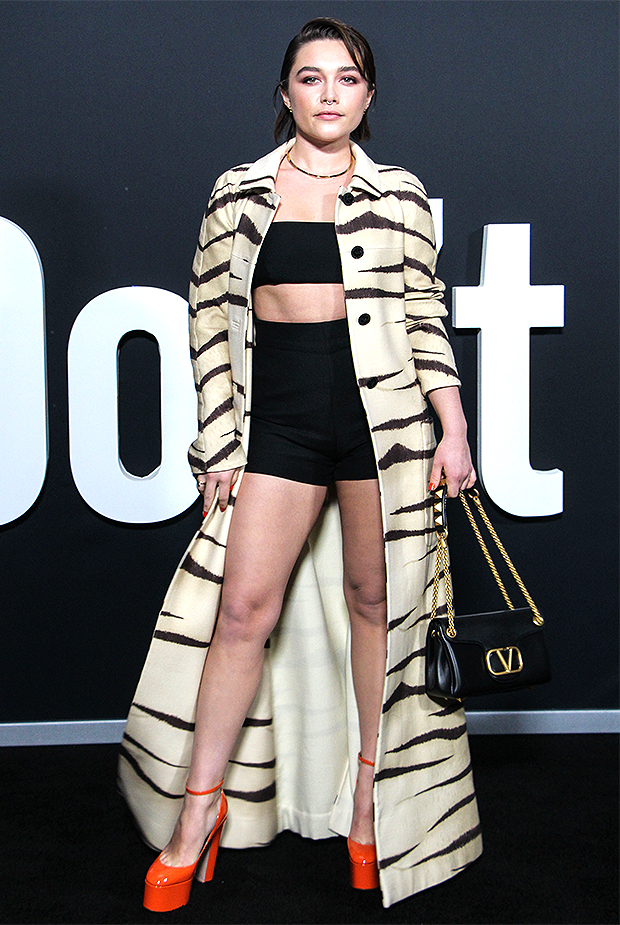 Florence rocked the black crop top and matching short-shorts for the satirical comedy’s premiere. Over the crop top and shorts, she rocked a long white coat, with black stripes, giving it a tiger-print look. The actress raved over the jacket, when she posted a photo of her outfit to her Instagram Story. “I can’t begin to describe the love I have for this coat,” she wrote. Her shoes also popped out with a bright orange high heel. She accessorized with a thin gold necklace and carried a black leather Valentino bag with a gold chain around it. While the Midsommar star isn’t in Don’t Look Up, she was at the event alongside the movie’s stars like Leonardo DiCaprio, Jonah Hill, and Jennifer Lawrence, who wore a beautiful gold dress to the premiere. 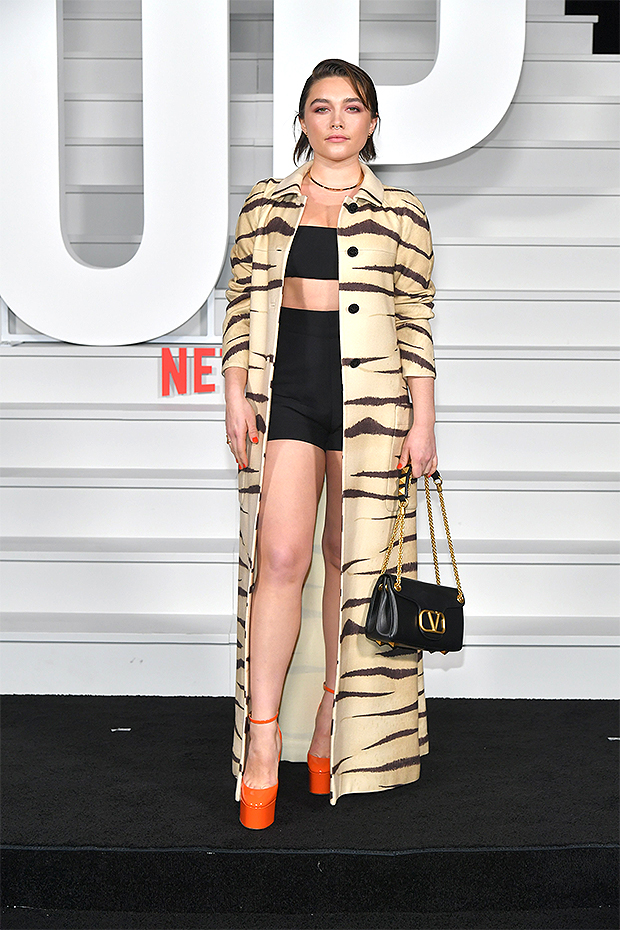 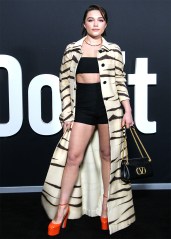 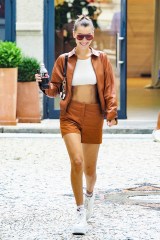 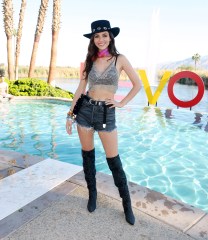 Even though it’s unfortunate that Florence isn’t one of the cast members of the star-studded Netflix movie, she does have plenty of exciting upcoming and recent projects. Other than making her Marvel Cinematic Universe debut in Black Widow and appearing in the new Hawkeye series on Disney+, Florence is also set to star alongside Harry Styles in the 2022 movie Don’t Worry Darling, which is expected to premiere September 23, 2022. The movie’s director (and Harry’s girlfriend) Olivia Wilde shared the trailer in September 2021, which showed Florence and the “Watermelon Sugar” singer sharing a steamy makeout session.

Show business aside, Florence has also been dating actor and director Zach Braff since 2019, when they met while working on his short film In The Time It Takes To Get There. The pair sparked speculation that they’d secretly tied the knot in March 2021, when they were seen out and about together, and it looked like the Garden State director was wearing a ring.