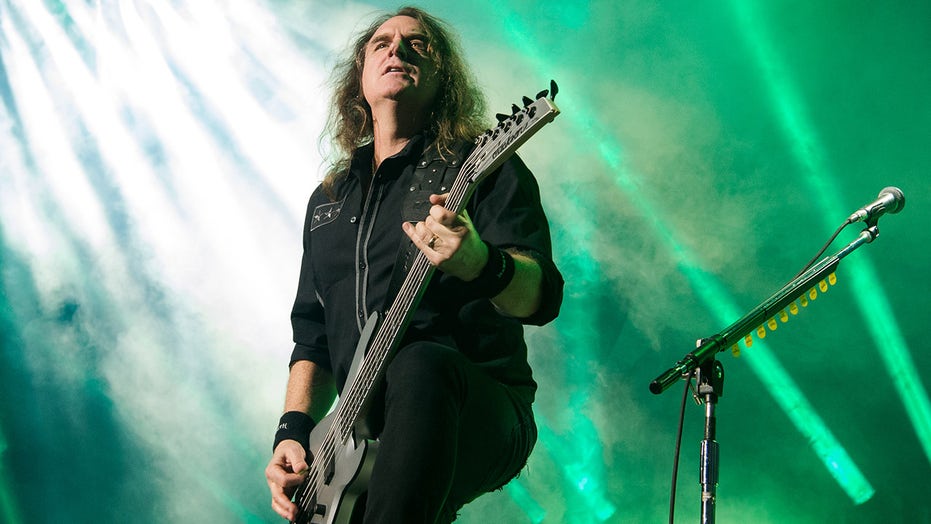 Ellefson filed a complaint with the Scottsdale Police Department in Arizona although the offenders are unknown, the Arizona Republic reports.

The musician and his lawyer met with detectives in late May. Ellefson claimed to police that the woman he is accused of grooming was 19 years old at the time of their first “virtual sex encounter,” the report states.

Ellefson is also gearing up to file a defamation lawsuit against whoever posted the private images and a video of him online, he confirmed in a statement last month. 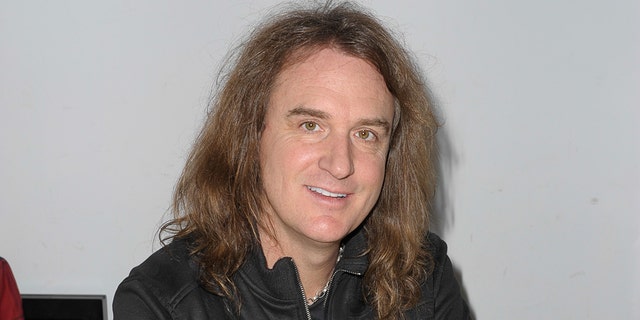 Megadeth has issued a statement that David Ellefson is no longer a part of the band following alleged ‘grooming’ accusations, which Ellefson has denied.
(Photo by Dave Kotinsky/Getty Images)

“Recently, a very private video was illegally posted on the internet and false allegations were made against me,” said the musician in a statement sent to Rolling Stone on Wednesday. “The actions in the video were between two consenting adults and were recorded without my knowledge. I am working with [the] Scottsdale Police Department in their investigation into charges regarding revenge pornography to be filed against the person who posted this video.”

“Also, my lawyers are preparing a defamation lawsuit to be filed against this person,” Ellefson continued. “This person will be prosecuted to the fullest extent of the law.”

The rock band parted ways with the bassist on May 24 after the sexual misconduct allegations surfaced.

“We are informing our fans that David Ellefson is no longer playing with Megadeth and that we are officially parting ways with him,” Megadeth founder and lead guitarist Dave Mustaine wrote in a statement released on its social media accounts on Monday.

“We do not take this decision lightly,” the statement continued. “While we do not know every detail of what occurred, with an already strained relationship, what has already been revealed now is enough to make working together impossible moving forward. We look forward to seeing our fans on the road this summer, and we cannot wait to share our brand new music with the world. It is almost complete.”

Earlier that month, Ellefson, 56, attempted to clear the air over speculation he was intimately involved in communications with a woman who wasn’t his wife after alleged sexually explicit messages and video surfaced online. According to People magazine, in his social media post, which has since been made private, Ellefson denied the speculation that he allegedly “groomed” an underage fan.

“As you may or not know, some private and personal conversations and interactions have surfaced online, released with ill intention by a third party who was not authorized to have them or share them,” Ellefson wrote in the lengthy caption. “While certainly embarrassing, I want to address it as openly and honestly as possible.”

“As much as it’s not something I’m proud of, these were private, adult interactions that were taken out of context and manipulated to inflict maximum damage to my reputation, my career and family,” he continued. “The other party involved has made a statement which you can see below. I thank her for doing so and hope that this clarifies that the situation was not at all as presented.”

Ellefson accompanied his denial with an alleged screenshot of a statement from the woman with whom he was supposedly involved at the time.

In it, the woman admitted to recording the alleged intimate communications she had with Ellefson and called herself “naïve” for sharing them with a friend without the musician’s permission.

Mustaine founded Megadeth in 1983 and Ellefson was a long-time member of the band until 2002, before he rejoined in 2010.

Ellefson has been married to his wife, Julie, for 27 years. The couple share two children, son Roman, 25, and daughter Athena, 22.

His attorney did not immediately return Fox News’ request for comment.