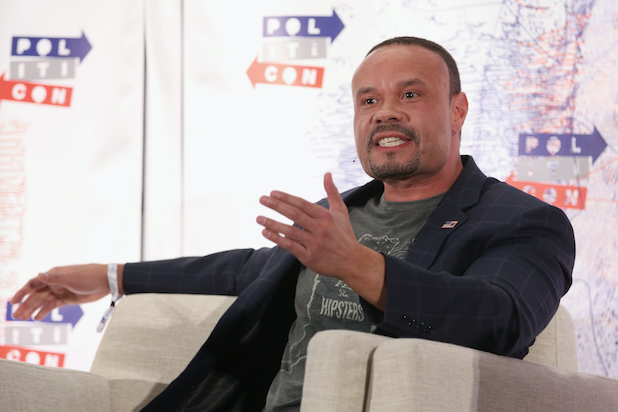 Fox News contributor Dan Bongino, who said he received a 12-hour suspension from Twitter on Thursday, told TheWrap he won’t be returning to the platform where he has 2.8 million followers.

“I’ll make my last post, my one final ‘F— you’ to Twitter — and you can print that, by the way — tomorrow,” he told TheWrap Thursday.

Bongino said the post that earned him the 12-hour ban included a video posted by President Donald Trump Wednesday after a violent riot by some of his supporters in the Capitol. Trump, too, was given a temporary suspension after tweeting the video, which cautioned against violence but repeated widely discredited claims of voter fraud with no evidence.

“Regardless of your feelings about what he said and how he said it, he’s the president of the United States,” said Bongino, who mused that a message from the president would only fail to be newsworthy in “communist regimes” before accusing Twitter itself of being communist.

He will be primarily using Parler, he said, a social media platform popular among conservatives and in which he is an investor. His investment in Parler was not a deciding factor in his switch, he said.

Bongino said he would encourage anyone to exit Twitter, but understands why users would stay. “You know, some people may like it,” he said. “Maybe they use it for news or whatever and I don’t want to make it about me. I mean, if you’re asking me, yes, I think you should get off Twitter because Twitter hates you.”

A Twitter spokesperson did not immediately have a comment on Bongino’s 12-hour penalty or other accusations about the platform.