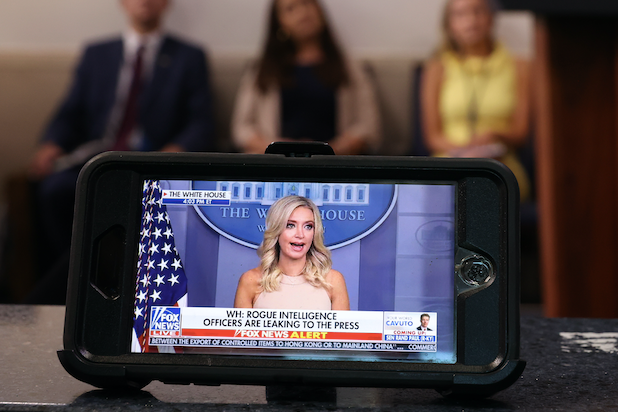 Fox News’ mobile app saw year over year growth in December and edged out CNN’s app in total monthly unique viewers for a 25th consecutive month. The news wars are clearly no longer just about television ratings or even web traffic.

The numbers were close, but ultimately, Fox News came out ahead in December, bringing in 8.1 million unique visitors to its app. CNN had 7.9 million users on its app.

December was a big month for Fox News’ digital offerings overall, capping a record-breaking year. Monthly multi-platform unique visitors across the company’s digital platforms averaged over 115 million unique visitors in 2020, increasing 13% over 2019. There was a 23% increase over 2019 in multi-platform views, which totaled 24 billion.

Time spent on the platforms was also up, gaining 15% over 2019 with 54 billion total multi-platform minutes.

The digital battles are far from over, too: December was big, but January is sure to bring its own massive news consumption numbers as it draws to a close. This month saw not only the deadly riot at the United States Capitol, but outgoing president Donald Trump’s second impeachment and the inauguration of President Joe Biden.

The day of the Capitol riot alone, 72 million people tuned to CNN’s digital spaces for updates. Concurrent streams peaked at 1.8 million viewers. Two weeks later, 61 million used CNN’s digital platforms to consume information about the inauguration. Meanwhile, Fox News was the most engaged news brand on Facebook among the news competitive set on Inauguration Day, bringing in 3.6 million total interactions for an increase of 140% and more than two times the average weekday of 2020.