Gemma Atkinson, 34, took to Instagram to share photo of herself and a group of friends enjoying a meal at Old Trafford for the Manchester United Foundation. However, her followers chose to focus on another aspect of the snap, as they spotted the former Strictly Come Dancing contestant wearing a huge rock on her left hand. The star is expecting her first baby with boyfriend Gorka Marquez, 28, and hopeful fans of the couple wondered if they were planning on tying the knot due to Gemma’s sparkling accessory. Gemma didn’t address the ring in the caption of her photo and instead wrote in view of her one million followers: “Fabulous hospitality as always at Old Trafford.

“All set to watch the Treble Reunion Match with the girls! All for the Manchester United Foundation #ohmanchesteriswonderful @manchesterunitedfoundation.”

Gorka also kept quiet about the opulent diamond as he simply commented on his pregnant girlfriend’s picture: “Jealous!!!”

After noticing Gemma’s ring, fans joined the professional dancer in the comments section of her post to speculate about whether the actress was engaged.

Another excited Instagram user added: “Spotted a ring!!!! Looking gorgeous as ever!! x”

A third wondered: “Do you have an announcement to share. Whopper of a ring there.” 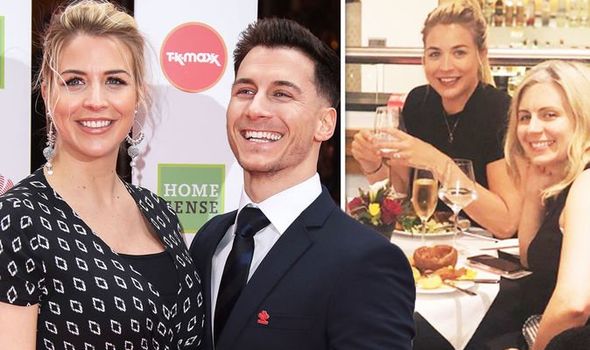 Fabulous hospitality as always at Old Trafford. All set to watch the Treble Reunion Match with the girls! ������⚪️ All for the Manchester United Foundation ������������ #ohmanchesteriswonderful @manchesterunitedfoundation

A fourth added: “@gorka_marquez have you proposed Gorka? #engagementring.”

However, one of the star’s fans was quick to dispute the engagement rumours, as they responded: “Gemma has said on posts before that she has a ring she chooses wears on that finger!”

Gemma and Gorka first met on Strictly Come Dancing in 2017 and confirmed their romance the following year.

The pair announced their baby news in February this year and the former Hollyoaks star later revealed her July due date in a sweet Instagram video which showed her caressing her burgeoning bump to the tune of Justin Bieber’s Baby.

She added the caption: “In less than two months you’ll be here.” 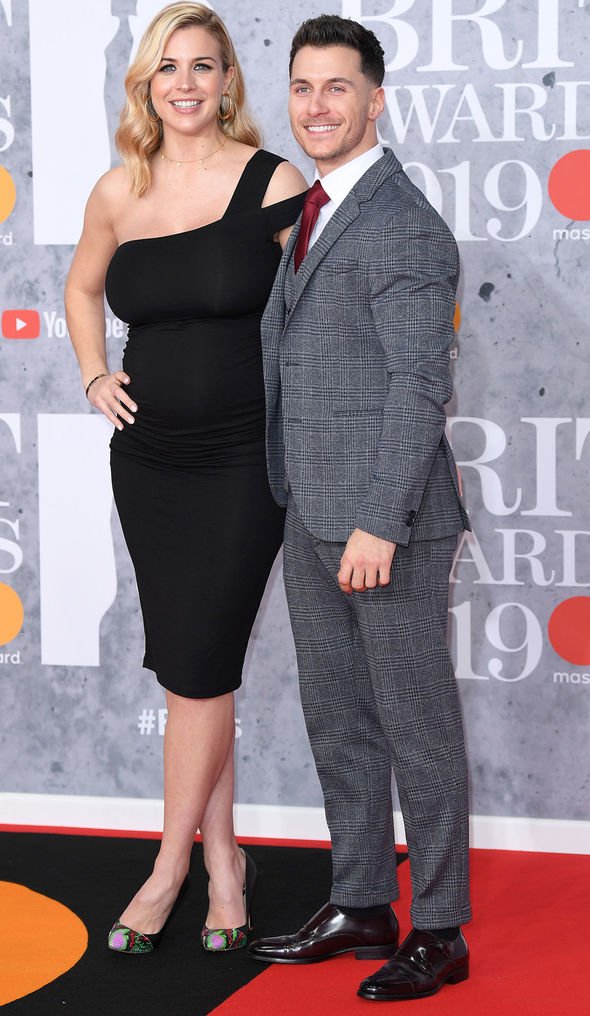 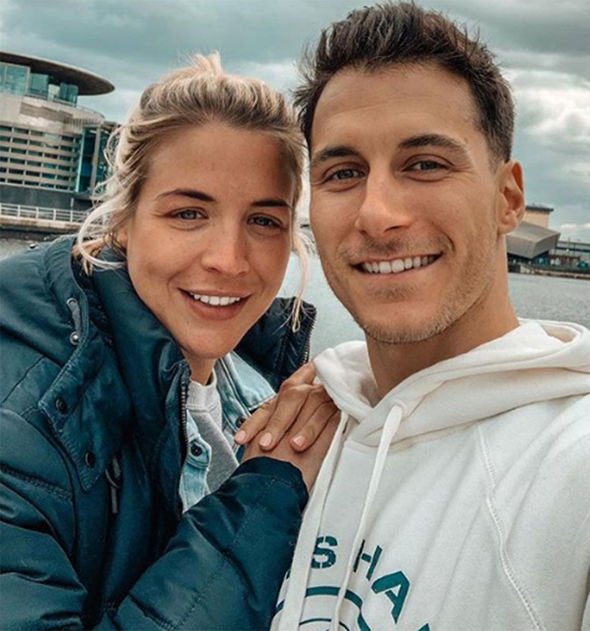 Earlier today, Gemma took the opportunity to gush about her other half after she made a surprising realisation about how she could have met the dancer years earlier as they spent time on the same cruise ship.

Sharing a throwback video of herself enjoying a holiday in the Bahamas, the radio presenter explained: “Okay okay I LOVE stuff like this! Turns out from our many conversations myself & Gorks have both visited a lot of the same places.

“One of our mutual favourite places was Senor Frogs on the water front in the Bahamas. Gorks worked on the cruise ships that docked there, I went on holiday there.

Gemma continued to reveal: “I found this video from a few years ago before I met Gorks of me in Senor Frogs and unbeknown to me at the time the ships you see at the start are the ones Gorks was dancing on!

“I genuinely believe sometimes people are destined to meet each other but only when the timing is right. At this point, it most definitely wasn’t for either of us.”

She concluded: “I get butterflies watching this now knowing how close Gorks was but at the time being blissfully unaware living my best life with a plate of chips and good music. I was always coming for ya though Gorks! @gorka_marquez.”