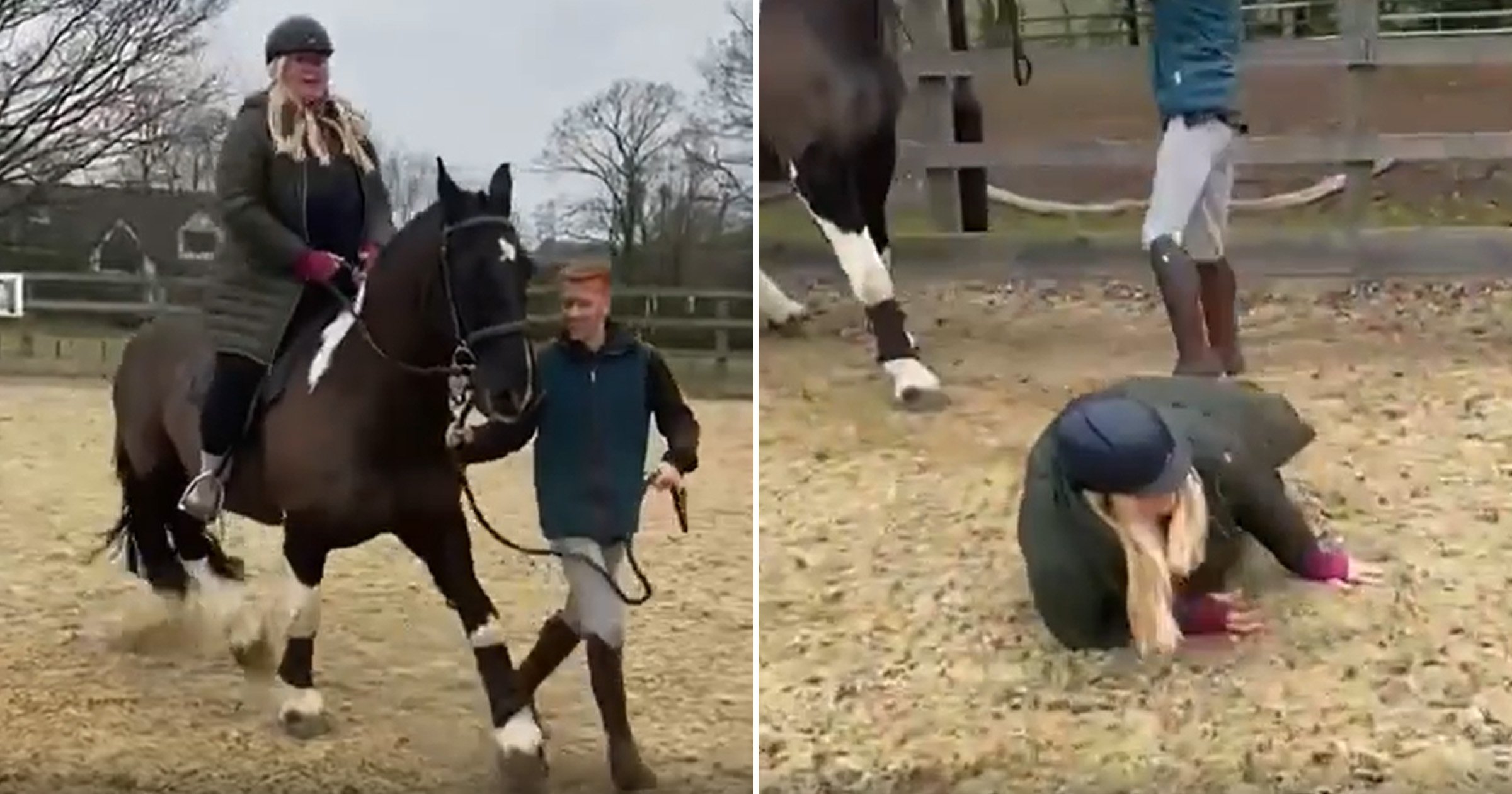 Gemma Collins had a nasty bump back to earth during a horse riding session after taking a huge fall.

The former Towie star enjoyed a rather wholesome day out at the stables with fiance Rami Hawash and his son Tristan.

The GC proudly shared footage of her galloping along gently as a trainer guided her along.

However, it came to an abrupt end as she appeared to lose her balance while preparing to disembark the horse before taking a massive tumble to the floor. The horse momentarily became spooked but the trainer expertly guided it away from the reality star.

In the caption, she wrote: ‘Giddy up GC 🐎Im not giving up guys 🐎 i know I will master this I can’t wait to continue with my lessons 🐎 it’s nice to have hobbies and again be out amongst nature 🐎.’

Kitted out in her equestrian gear, Gemma had earlier told her followers in a video: ‘Guys, we’re at the stables today. Got Ram up on a horse. Ram? I’ve just fallen off the horse, I’m gonna show you.

In the caption, she added: ‘Horse life is just the one. Fallen off already but getting back up he he as always !! Thank you @natc29 @alexgeorgio for he he helping me.’

Gemma, 40, confirmed she was engaged to Rami, 48, in December after subtly dropping the joyful news in an interview.

Speaking to The Times, the TV star explained: ‘Yeah, but we can’t really come out and say anything yet because Ram was married before and his paperwork has not come through, so until that’s officially signed, we’ve not said anything.

‘They’ve not been together for two years. I know her, she’s got a partner, she’s as good as gold. There’s a child involved, he’s only three, obviously I love him to death. But until that paperwork’s signed I can’t come out.’

The reality star appears to have developed a close bond with Rami’s four-year-old son Tristan, who he shares with a former partner.

Gemma first began dating the businessman in 2011 and he popped the question two years later. However, they split in 2014 before Gemma began dating her co-star James ‘Arg’ Argent.

The reality star rekindled her romance with Rami earlier this year and things have been going strong with the smitten pair.