The Clooneys are out and about in Lake Como.

The very private couple were photographed having dinner at Gatto Nero restaurant with another couple and seen holding hands as they exited the restaurant after their meal. For the night out, Amal wore a shimmering metallic gold shift dress while George was dapper in a black blazer and crisp white button down shirt. The appearance marked a rare sighting for the couple in recent months even though they normally vacation in the Italian resort area this time of year.

Last December while promoting his recent film The Midnight Sky, George gushed about how meeting his wife years ago ultimately changed his life for the better. The couple married in 2014 and welcomed their first children together, twins Alexander and Ella in 2017. 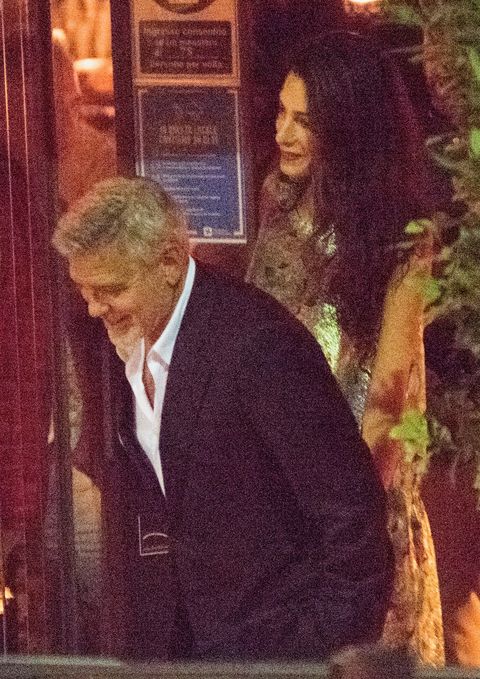 “There is no question that having Amal in my life changed everything for me,” said Clooney during an interview with CBS Sunday Morning. “It was the first time that everything that she did and everything about her was infinitely more important than anything about me.”

George also went on to joke about his children with Amal. “And then we had these two knuckleheads,” he said. “It is very fulfilling and something I wasn’t at all … didn’t see coming.”

Amal also praised her husband while speaking at a virtual book release party for her 1,000-page legal text titled The Right to a Fair Trial in International Law.

“He was not only patient but so wonderfully encouraging and inspiring. I really did not need another example of how amazing he is but this process provided one,” she said of having George’s support while working on her book. “I think he’s watching this downstairs in the kitchen, so I just want to say ‘thank you.’ For my side, I can promise for the sake of our marriage that I will never do this again!”