Gervonta Davis paid huge respect to Kobe Bryant during his fight at Staples Center on Sunday … rockin’ some Mamba-themed shorts and shoes for the big tilt with Isaac Cruz.

Davis entered the “House That Kobe Built” decked out in Lakers colors … and stitched Kobe’s famous #24 and #8 on his shorts. 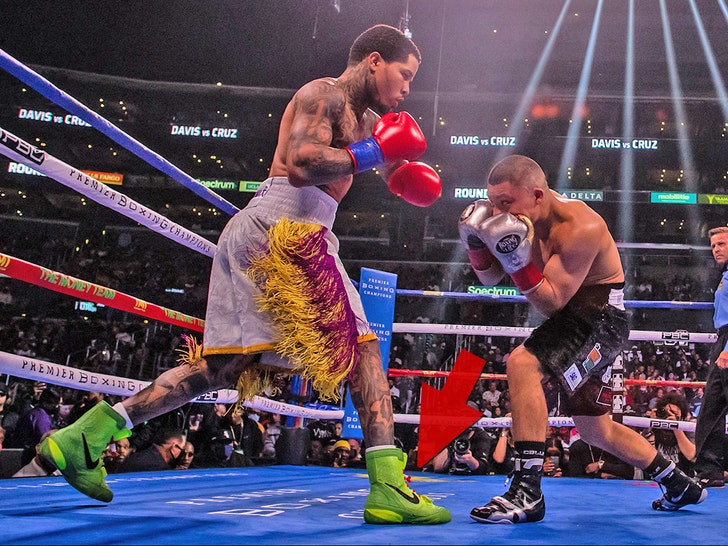 Davis also sported some Kobe-inspired shoes for the match … with his kicks resembling the Black Mamba’s famous “Grinches.”

And, after Gervonta beat Cruz by unanimous decision, he shouted out the NBA legend as well.

“L.A. we did it, baby!” Tank told the packed crowd, which included Magic Johnson, Kawhi Leonard and Dwight Howard. “Home of Kobe!”

It’s fitting that Davis honored Bryant on the night … considering he needed every bit of the Mamba Mentality to get through his bout with Cruz.

Fighting in the place of Rolando Romero, Cruz took it to Davis — who had to battle through a hand injury to score the win.

Unclear who’s up next for Tank … but Ryan Garcia — who’s also been very vocal about his affinity for Kobe — is the fight we’d all certainly like to see soon.