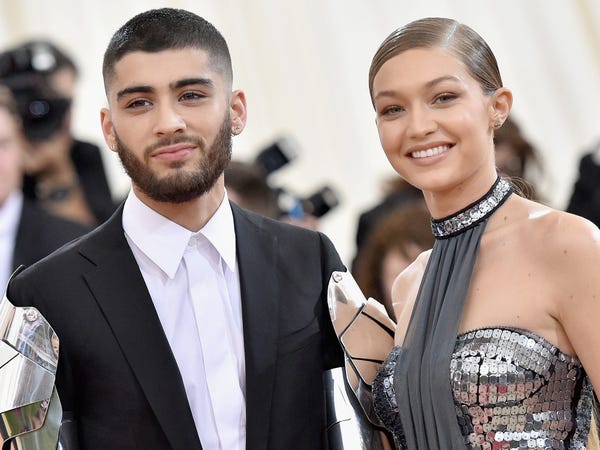 Gigi Hadid and Zayn Malik's baby girl dressed as the Hulk for her first Halloween, and the costume got Marvel star Mark Ruffalo's seal of approval.

To celebrate the spooky holiday, the 25-year-old model gave fans a look at her family's outfits on social media.

Hadid posted a photo on her Instagram story showing herself as the Nintendo video game character Samus Aran, boyfriend Malik dressed as a Slytherin member from fictional "Harry Potter" school Hogwarts, and their daughter in his arms with a knit Hulk cap and green attire.

She concealed her child's face in the image by placing a GIF of the Incredible Hulk over it.

The family photo was reposted by People magazine and Ruffalo, who has portrayed Hulk/Bruce Banner in the Marvel Cinematic Universe since 2012's "The Avengers," loved it.

"Happy 1st Halloween to a fellow Strongest Avenger 💚 You look smashing!" he commented.

Hadid also posted additional photos of her look on Instagram with the caption "choose your player."

This isn't the first time the stars have taken inspiration from Marvel for their Halloween costumes.

Hadid and Malik, who met in 2015 and went on to have an on-again, off-again relationship, dressed as comic-book characters Black Cat and Spider-Man in 2017.

Hadid and Malik became parents when they welcomed their first child, whose name they have yet to reveal, in September.

"Our baby girl is here, healthy and beautiful," Malik captioned a black-and-white photo of his hand and that of their daughter, which he shared on social media.

The singer added: "To try put into words how I am feeling right now would be an impossible task. The love I feel for this tiny human is beyond my understanding. Grateful to know her, proud to call her mine, and thankful for the life we will have together."

Hadid also shared a photo and said that their baby has "already changed our world. So in love."