The biggest stars in film and television have come together on one of Hollywood’s biggest nights.

And Margot Robbie and Gillian Anderson shone the brightest of them all as they hit the red carpet on Sunday afternoon.

The Bombshell actress, 29, and Gillian, 51, looked absolutely fabulous in their couture as they hit the red carpet at the 77th annual Golden Globe Awards on Sunday night.

No doubt all eyes were on the actress at the star-packed event held at the legendary Beverly Hilton in Beverly Hills, California.

Ricky Gervais will be hosting the show for the fifth time. 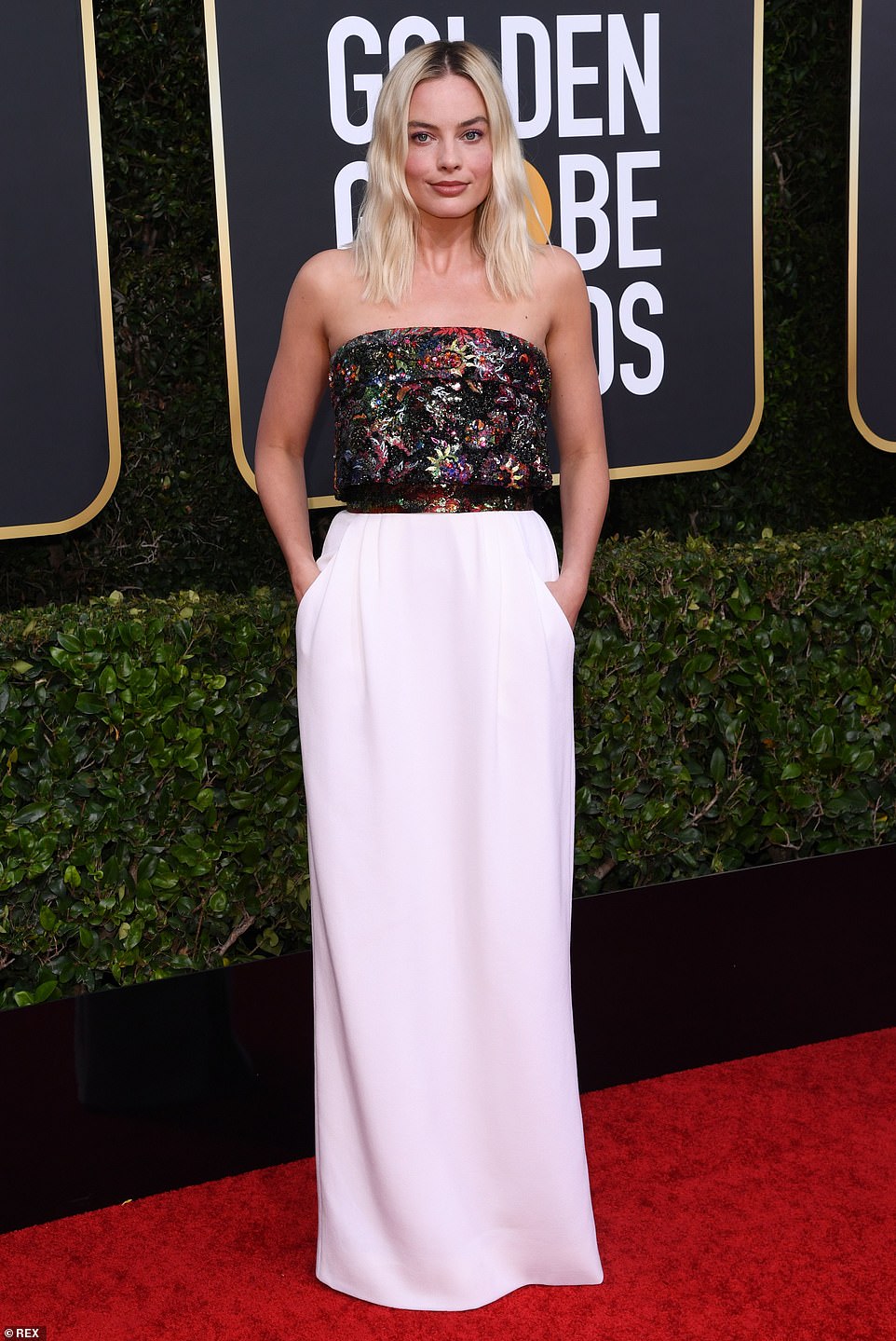 Hello gorgeous: The Bombshell star had heads turning in her white and floral print dress

White hot! The actress was looking fabulous in her entirely white dress that fit her like a glove Earning her fashion stripes! Joey King looked resplendent in a black and white dress with white heels as she led the best dressed glamour at the Golden Globes 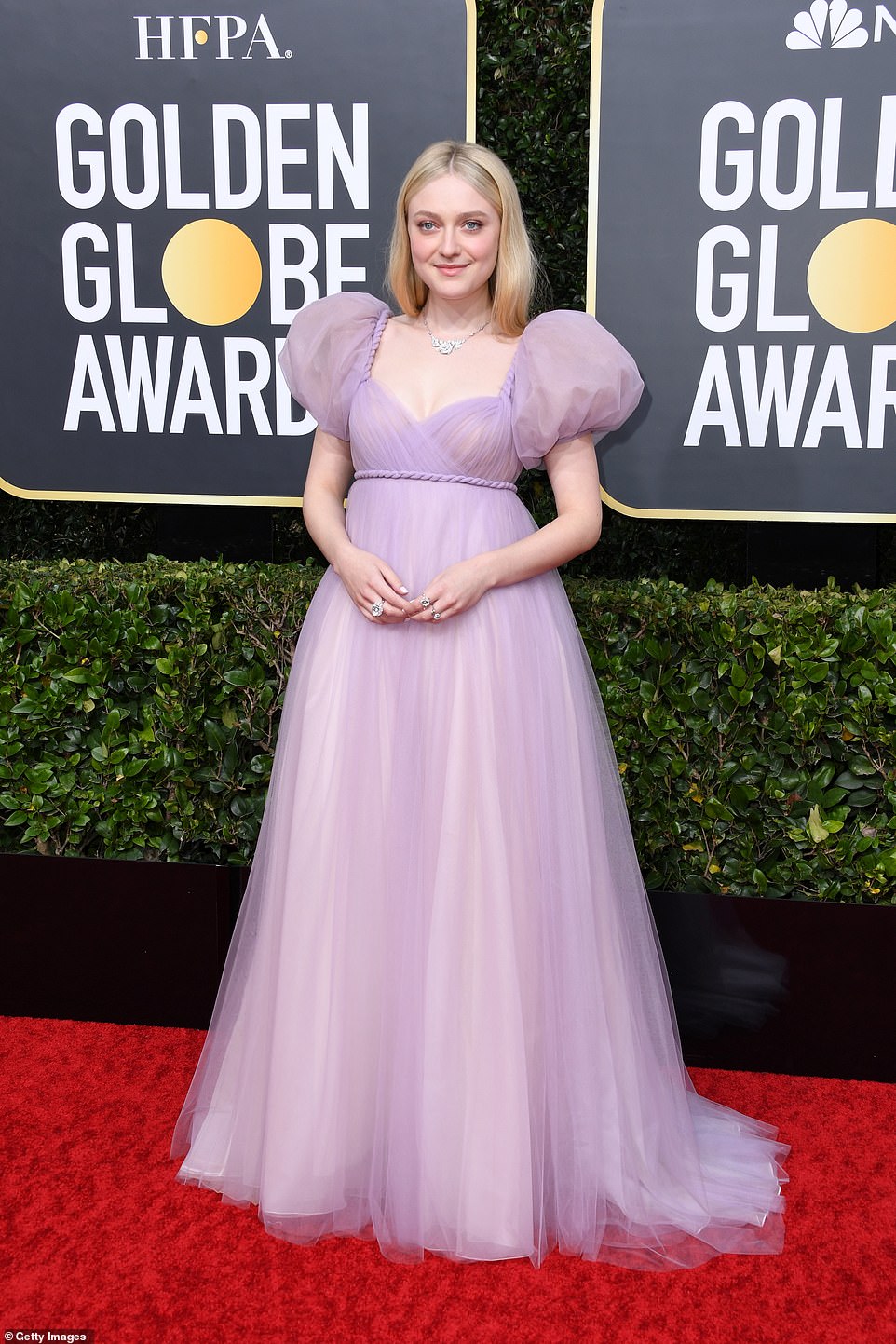 All that glitters: Naomi Watts was a truly dazzling sight in a sparkling black gown 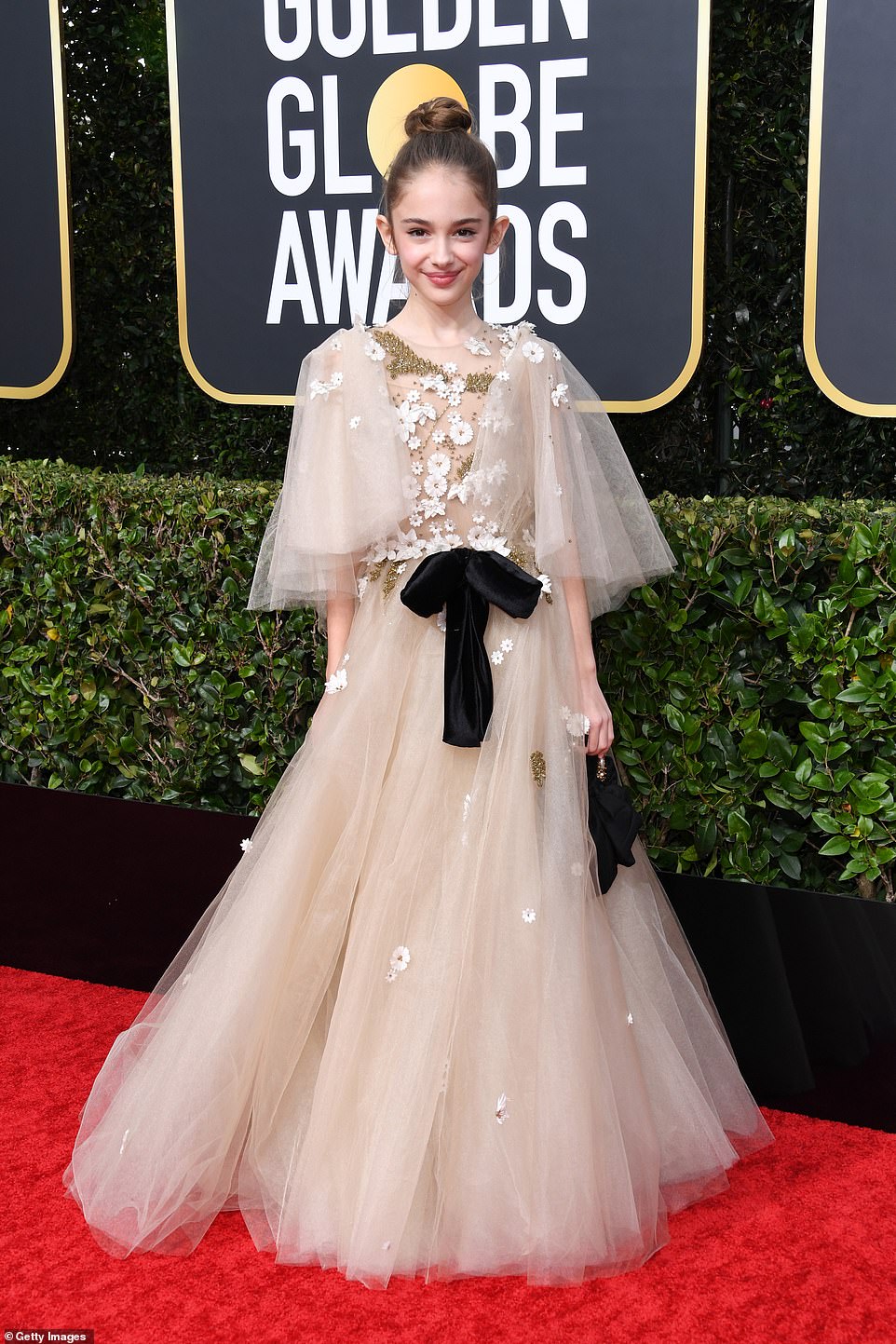 Flower power! Once Upon A Time In Hollywood actress Julia Butters hit the red carpet in a whimsical gown adorned with daisies

Suits them! Joe Alwyn, Kyle Chandler, and Andrew Scott were looking sharp in their slick suits 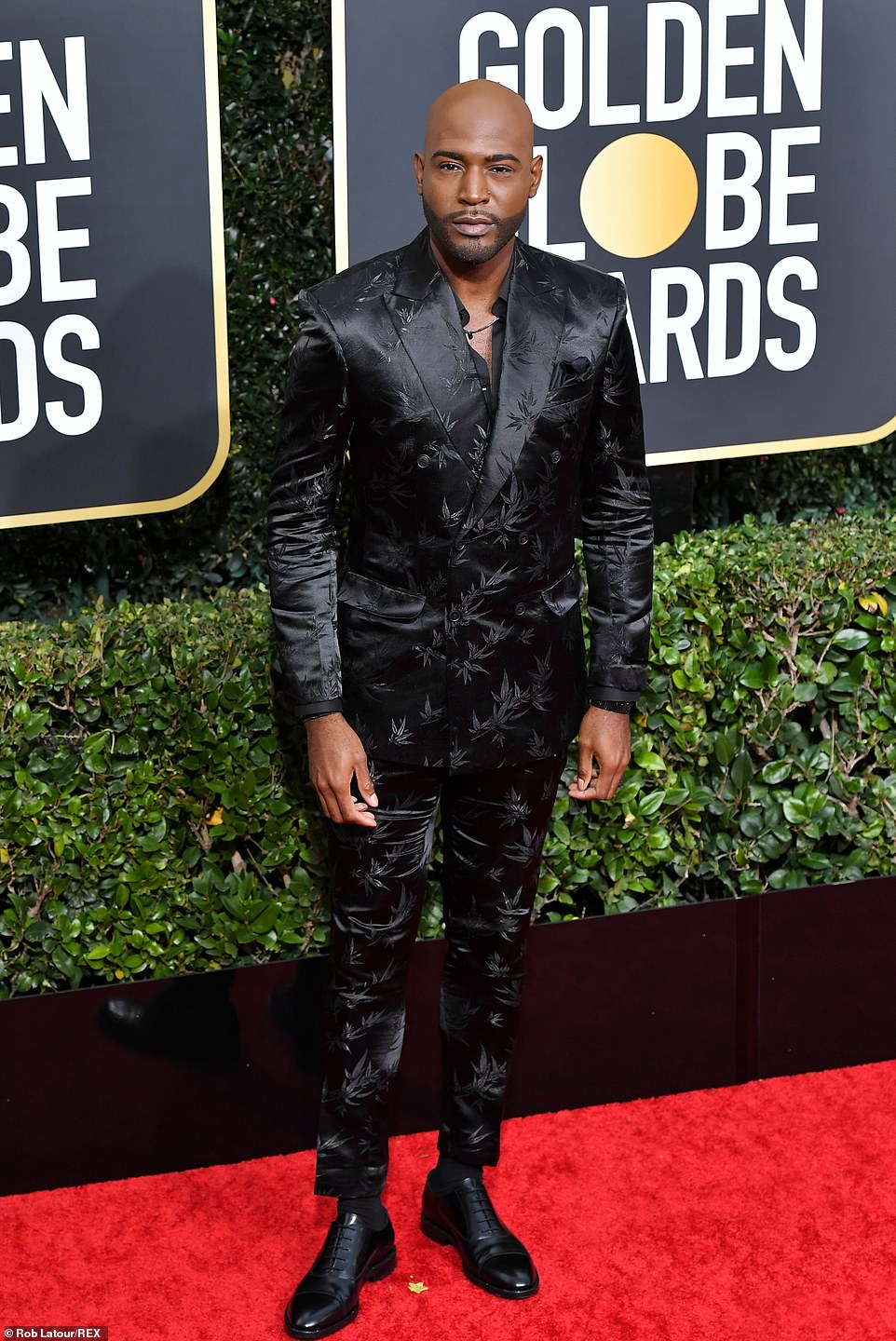 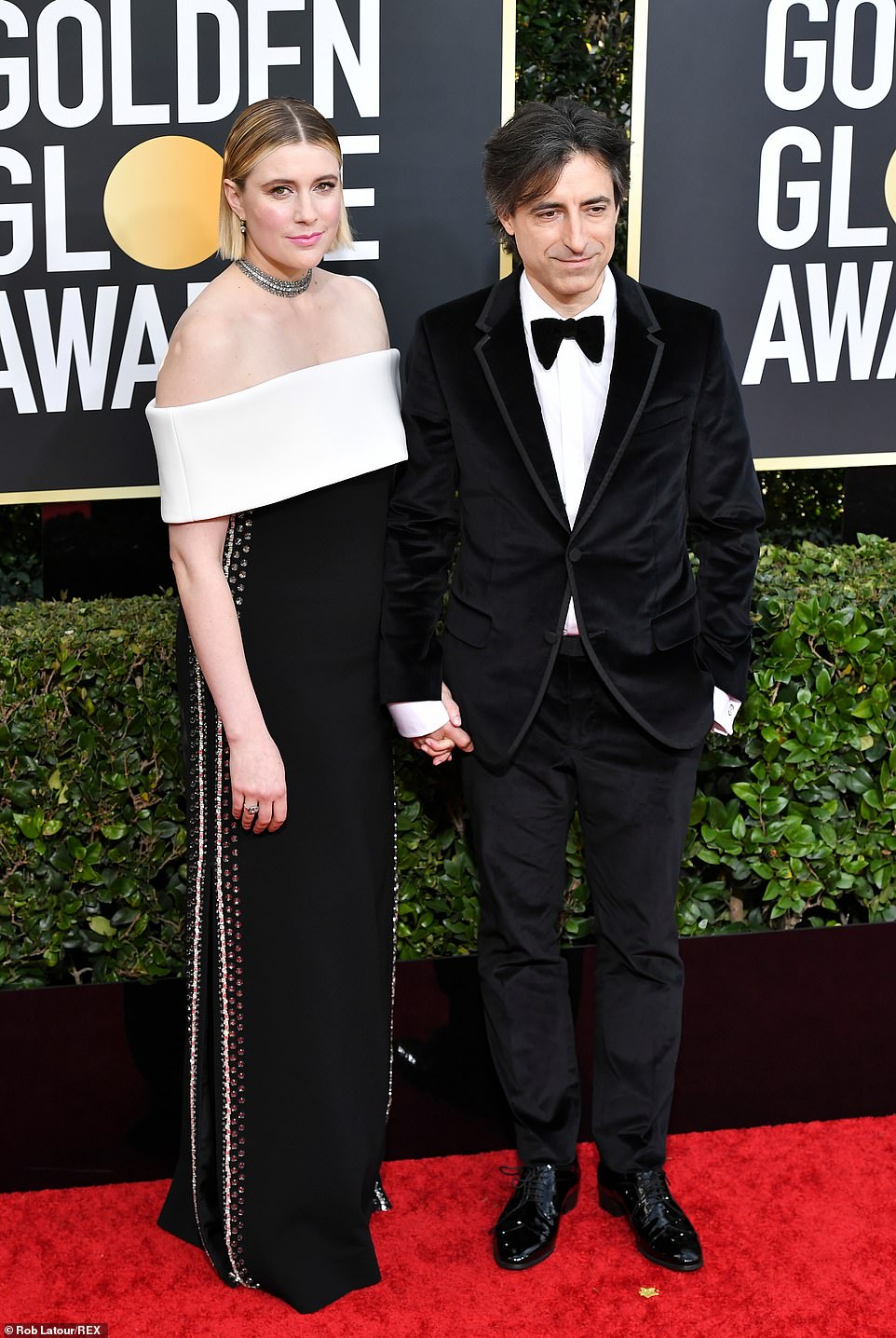 It could be Netflix’s big night as the streaming giant is up for several awards on the night with Marriage Story getting six nominations, The Irishman getting five and The Crown receiving two nods.

Marriage Story got the most nominations at the event, which was held at the Beverly Hills Hilton on Monday and non-Netflix movie, Once Upon a Time in Hollywood earned five nods.

Scarlett Johansson and Adam Driver play parents on the verge of a divorce in director Noah Baumbach’s romantic dramedy, Marriage Story, which has been nominated for Best Screenplay, Best Actress and Best Motion Picture, to name a few. 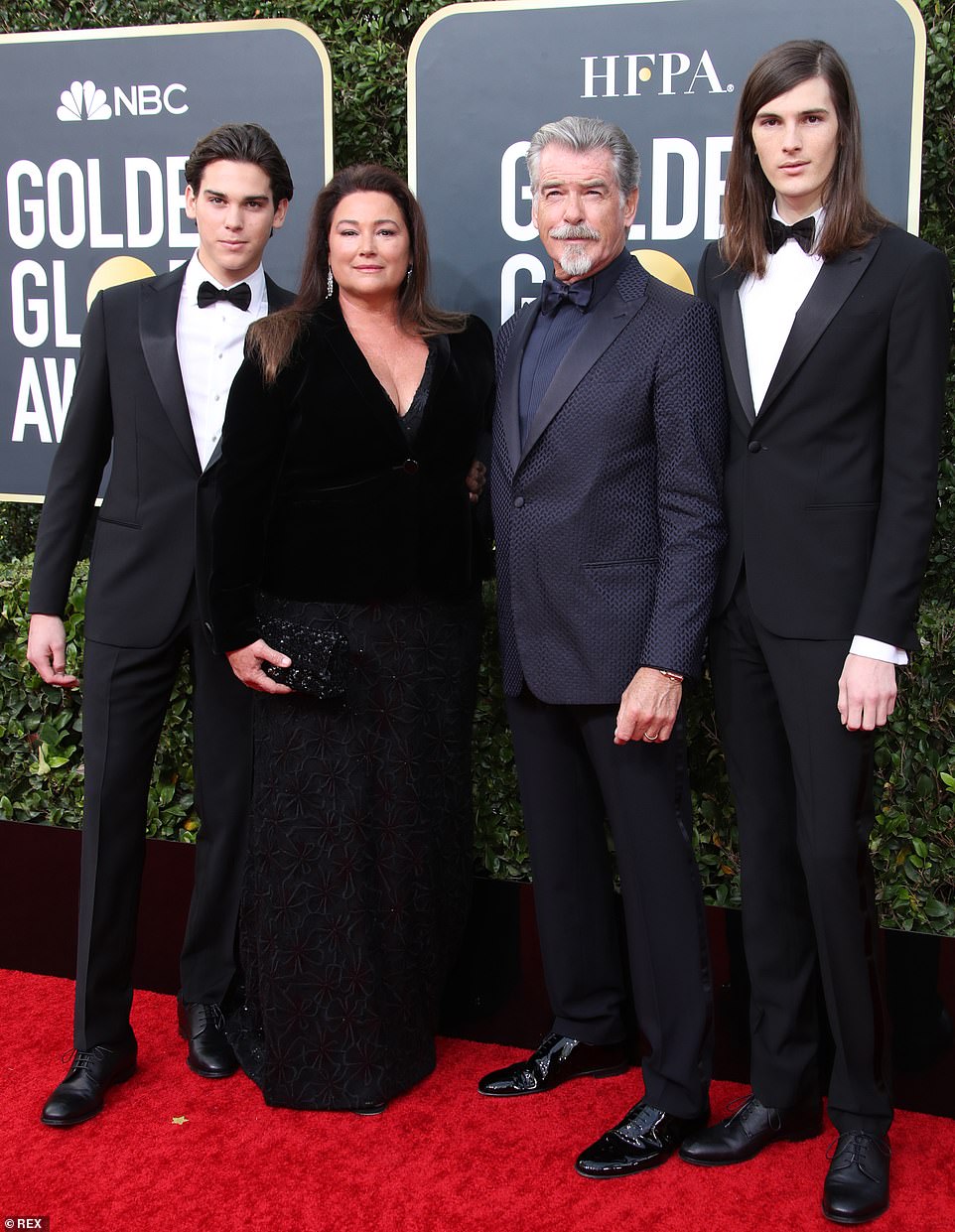 TV hosts: Brad Goreski and Ryan Seacrest suit up before they get to work on the red carpet

Once Upon A Time In Hollywood tells the story of TV star Rick Dalton (Leonardo DiCaprio) and his longtime stunt double Cliff Booth (Brad Pitt), who make their way around an industry they hardly recognize anymore.

It is up for Best Director, Actor, Comedy/Musical, Screenplay and Best Motion Picture.

Andrew Scott features in the Best TV Supporting Actor category for his portrayal of the Priest in Waller-Bridge’s two series sit-com about the dating disasters of a sexually insatiable young woman living in London.

Waller-Bridge also, who won plaudit for her role as the show’s titular character, also features in the category for Best Performance by an Actress in a Television Series – Musical or Comedy.

Jodie Comer, the show’s leading lady, features in the category for Best Performance by an Actress in a Television Series – Drama. 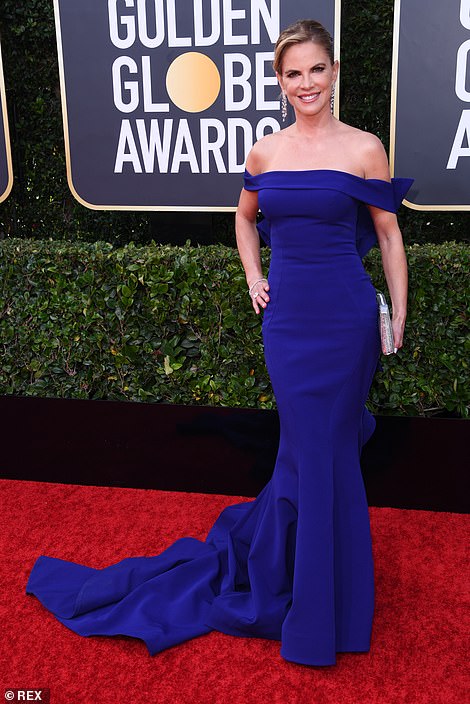 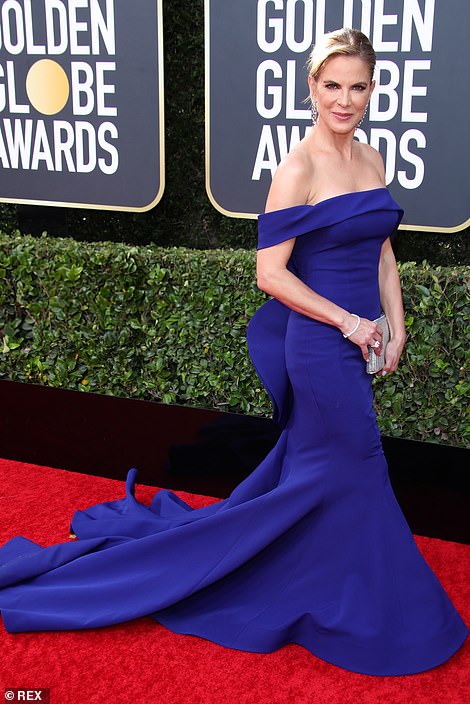 Bold in blue: Natalie Morales from NBC went for an off the shoulder gown in this vibrant shade 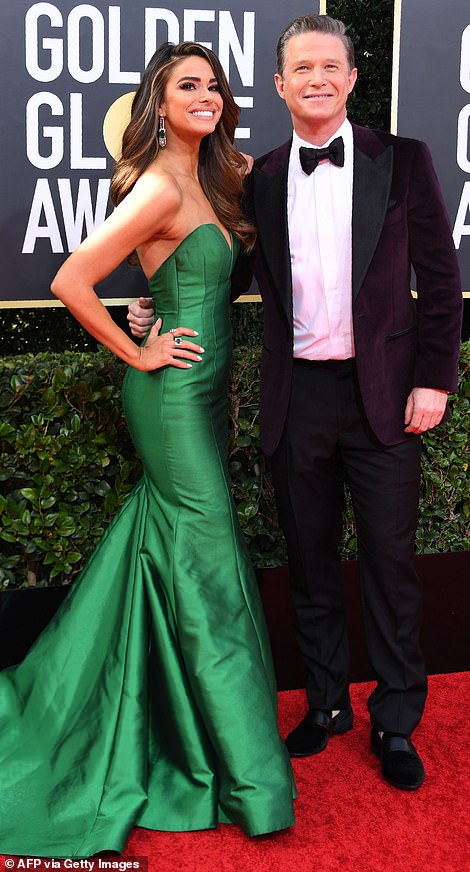 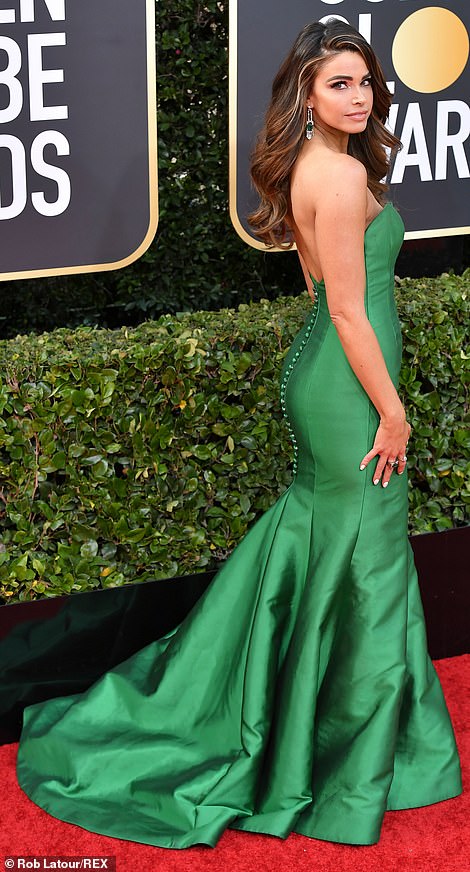 The actress faces stiff competition from fellow Brit Olivia Colman, who gets a nod for her well-received portrayal of Queen Elizabeth II in The Crown, season three.

Jennifer Aniston also features for The Morning Show, while Nicole Kidman and Reese Witherspoon go head to head in the same category for their roles in Big Little Lies.

Tom Hanks and Ellen DeGeneres will also be receiving special honors for their work in their respective fields.

Hanks, 63, will be receiving the honor of the Cecil B. DeMille Award which is an accolade for the film industry. 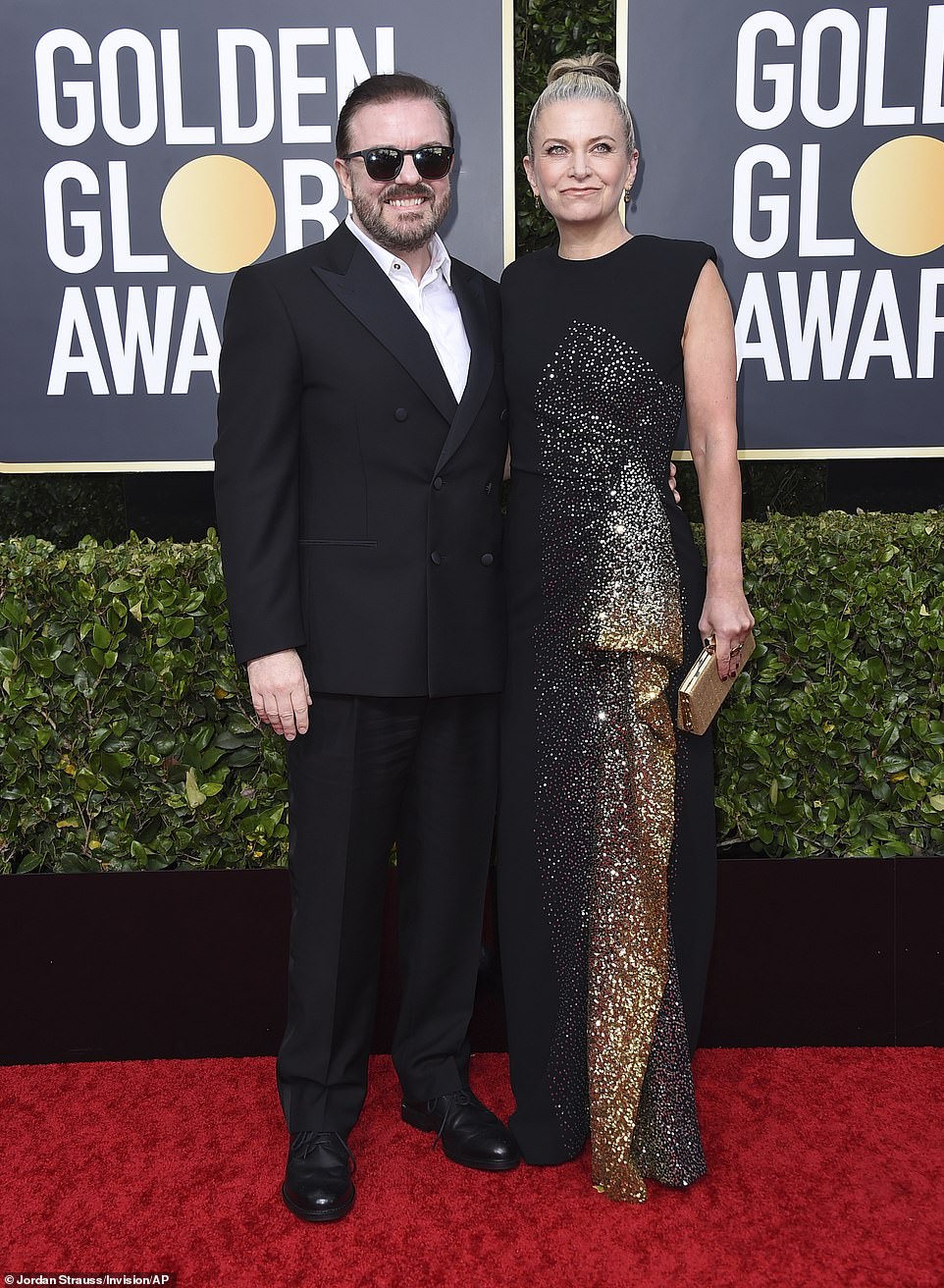 Back for more: Ricky Gervais returned to his hosting duties with long-time partner Jane Fallon on his arm

He has won four Golden Globes including for his acting in Big, Philadelphia, and Forrest Gump along with his directing for HBO miniseries Band Of Brothers.

DeGeneres, 61, earned the Carol Burnett Award which is the television equivalent of the DeMille Award but focuses on television.

The talk show host has won multiple Emmys and nominated for three Golden Globes. She has hosted her talk show – The Ellen DeGeneres Show – since 2003. 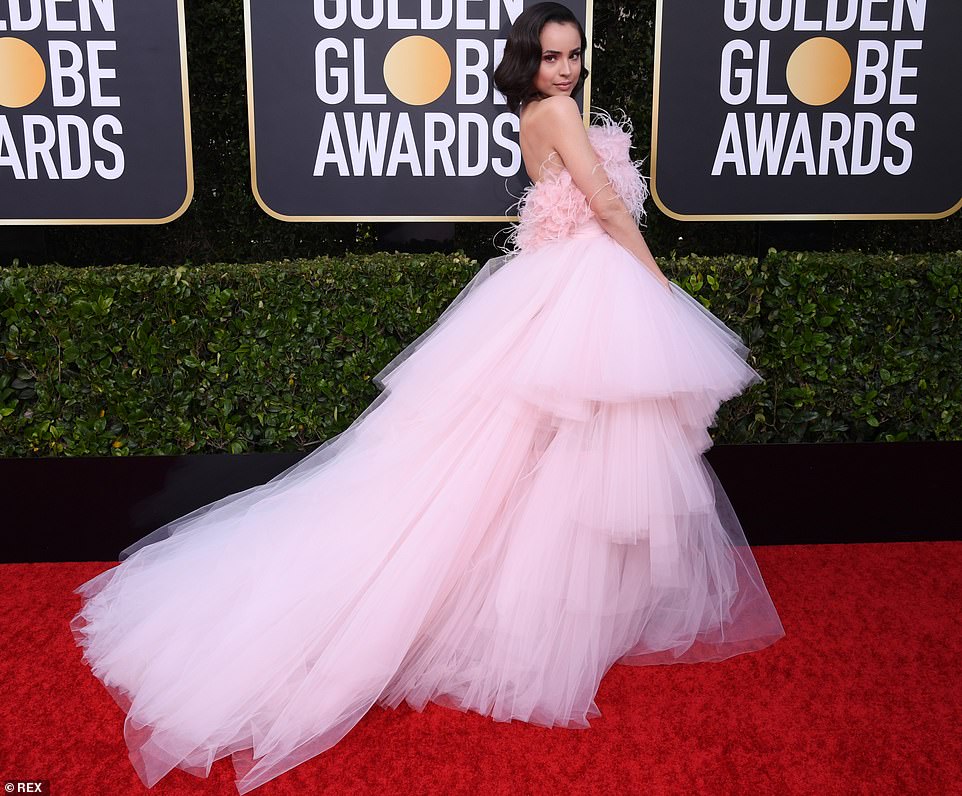 Best Television Limited Series or Motion Picture Made for Television

Best Performance by an Actor in a Supporting Role in a Series, Limited Series or Motion Picture Made for Television

Best Performance by an Actress in a Supporting Role in a Series, Limited Series or Motion Picture Made for Television

Paul Rudd, Living with Yourself

Christina Applegate, Dead to Me

Kirsten Dunst, On Becoming a God in Central Florida

Best Performance by an Actor in a Television Series – Drama

Best Performance by an Actress in a Television Series – Drama

The Morning Show, Apple TV Plus

Portrait of a Lady on Fire, Pyramide Films

Into the Unknown, Frozen II

Best Actor in a Supporting Role in Any Motion Picture

Tom Hanks, A Beautiful Day in the Neighborhood

Brad Pitt, Once Upon a Time in Hollywood

Best Actress in a Supporting Role in Any Motion Picture

Best Actor in a Motion Picture – Musical or Comedy

Leonardo DiCaprio, Once Upon a Time in Hollywood

Eddie Murphy, Dolemite Is My Name

Quentin Tarantino, Once Upon a Time in Hollywood

How to Train Your Dragon: The Hidden World, Universal

Quentin Tarantino, Once Upon a Time in Hollywood

Best Actress in a Motion Picture – Musical or Comedy

Once Upon a Time in Hollywood, Sony

Dolemite Is My Name, Netflix